What are thoughts on best modulation to use for underwater acoustic communications at low frequencies?

I wanted to ping the DSP hivemind for general thoughts on what would be the best modulation type to use for low frequency underwater communications. I have chosen this project since I can learn a lot from it.

What I have found thus far:

What are your thoughts?

Edit: I have attached some of what I believe are 'worst case' scenarios of the (multipath channel, for a bps = 200 Hz). The channel is in terms of number of bits in the time domain so you can more easily see how many bits pass before the next reflection arrives. 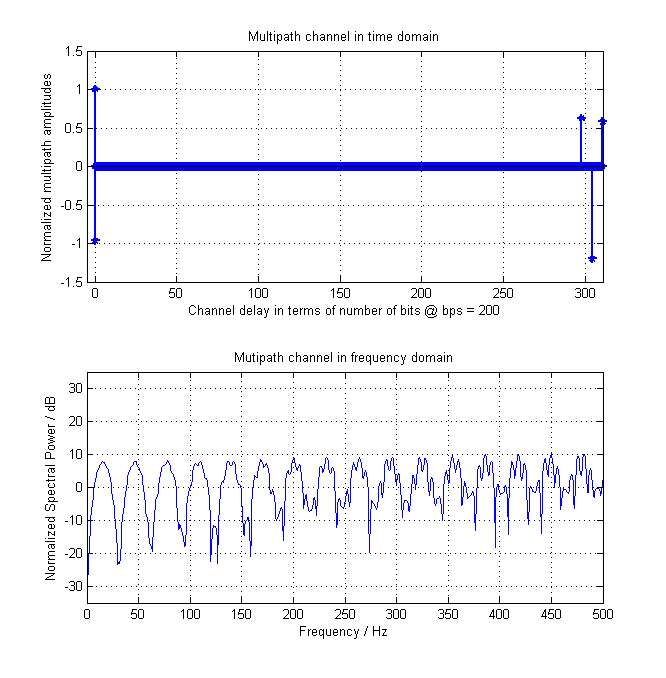 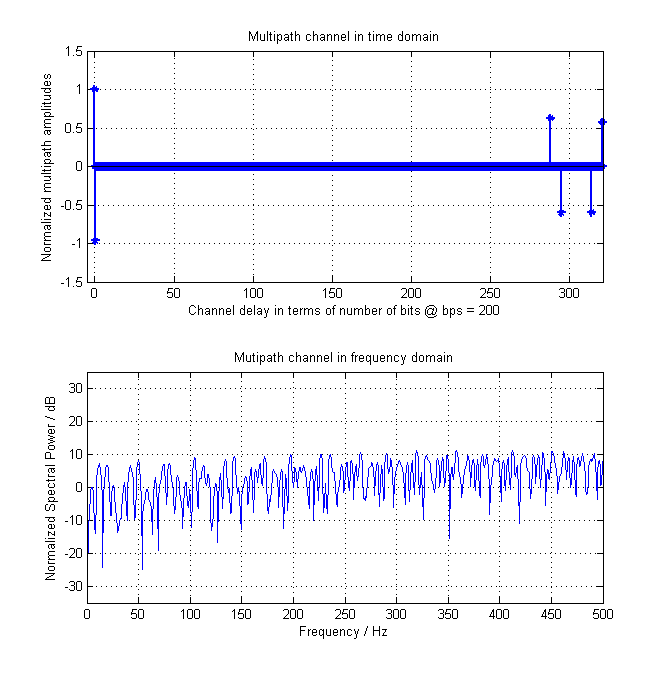 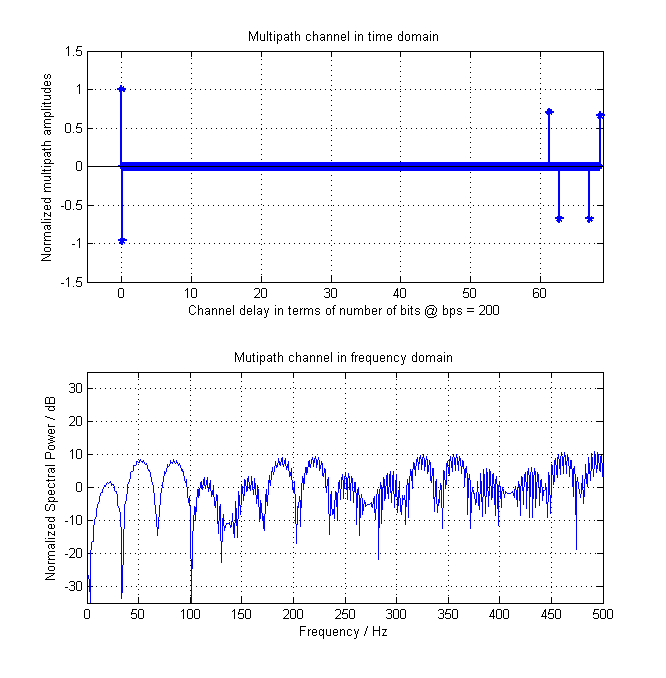 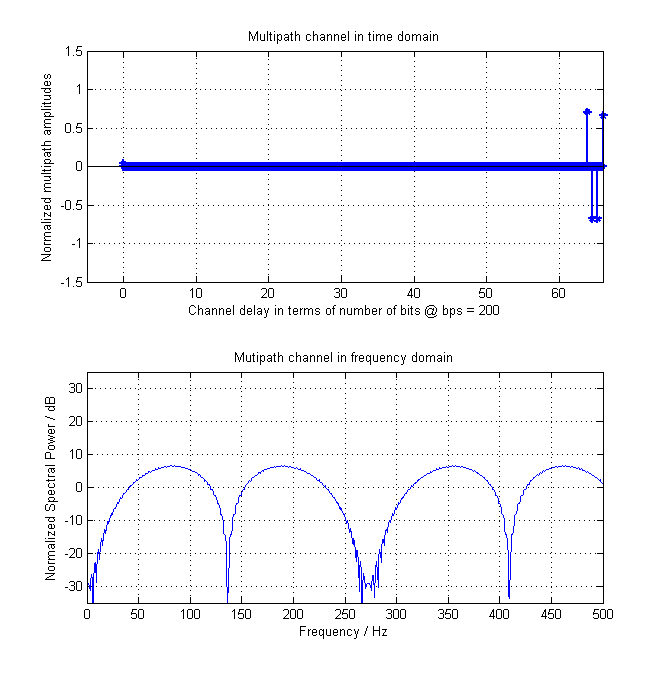 RAKE receiver attempts to collect the time-shifted versions of the original signal by providing a separate correlation receiver for each of the multipath signals. This can be done due to multipath components are practically uncorrelated from another when their relative propagation delay exceeds a chip period.

Thus, the reason that they were used in CDMA systems and not, say, GSM, was because the chip speed was so much faster, and thus the multipath signals would not arrive in the same chip/symbol. That was not true for GSM and other "narrowband" signals. Even though your bit rate is very low, the multipath signals still seem to have delays greater than one symbol, so this constraint should not be a problem.

The other problem is detecting the multipath. This could, I would think, be accomplished with known data sequences, such as a preamble, but I confess that I am not an expert on rake receivers.

If the rake receiver does not work out, you could still use a long equalizer to handle the multipath.

Regarding the other elements of the system, if there is no feedback I would do a QPSK signal with FEC (probably turbo codes). If you do have feedback I would do the same but also dynamically change the modulation type from QPSK up to 16-QAM or something, depending on how well the signal is coming through.

Not the answer you're looking for? Browse other questions tagged digital-communications modulation acoustics or ask your own question.

16
How to estimate and compensate for doppler shift in wireless signals?
0
General Questions MIMO Communication theory
11
FSK Demodulation, Bit Timing Recovery
0
Rayleigh fading in simulink
4
What techniques are available for correcting constellation rotation due to phase ambiguity?
3
Preamble Detection and Frequency Offset Estimation in radio packets
0
phase tracking loop for dbpsk
0
My preamble bits not enough for locking the timing recovery for a gaussian channel