I want to use decibels to describe compression ratio. So for example ratio 4:1 means that every 4 input decibels above threshold causes raise of output only 1 decibel. And I also want ratio to be constant on whole range above threshold. So for 4:1, if input is 8 decibels above I want output raise 2 decibels. 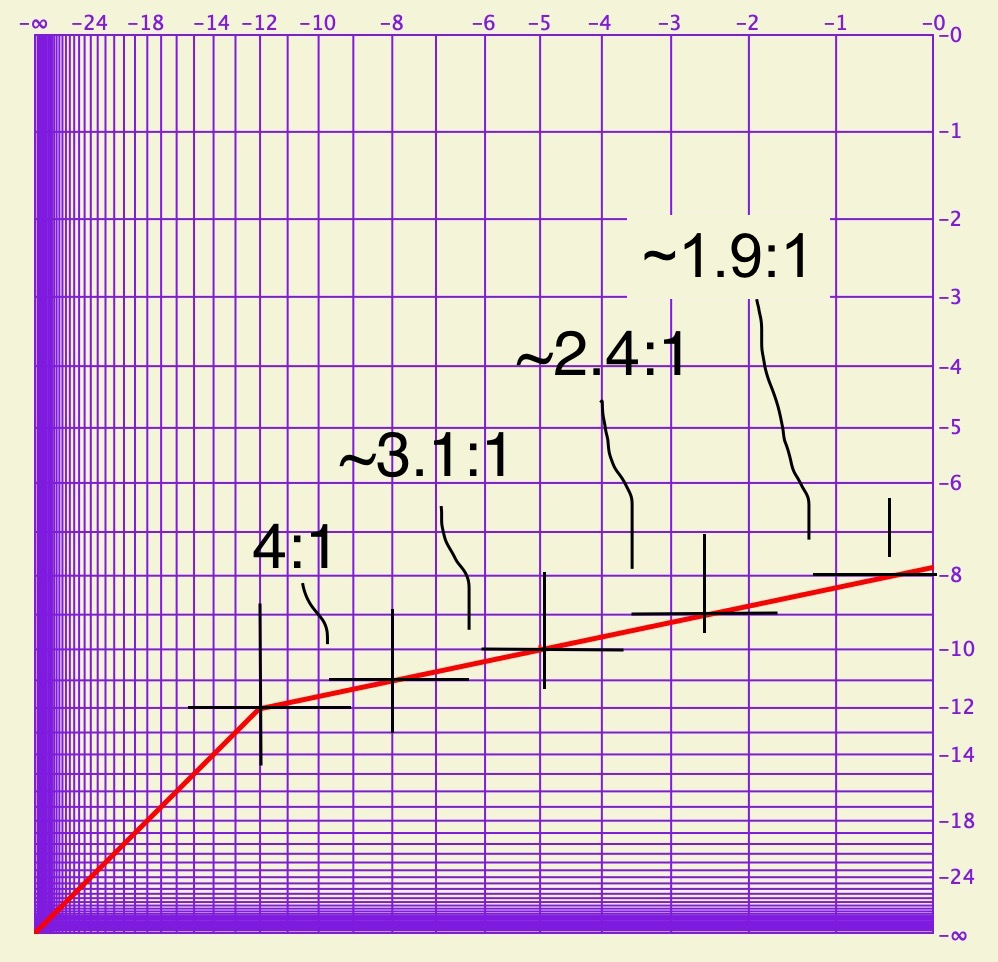 So when I convert my graph to be logarithmic (dB on linear scale), then my ratio section is curved like that: 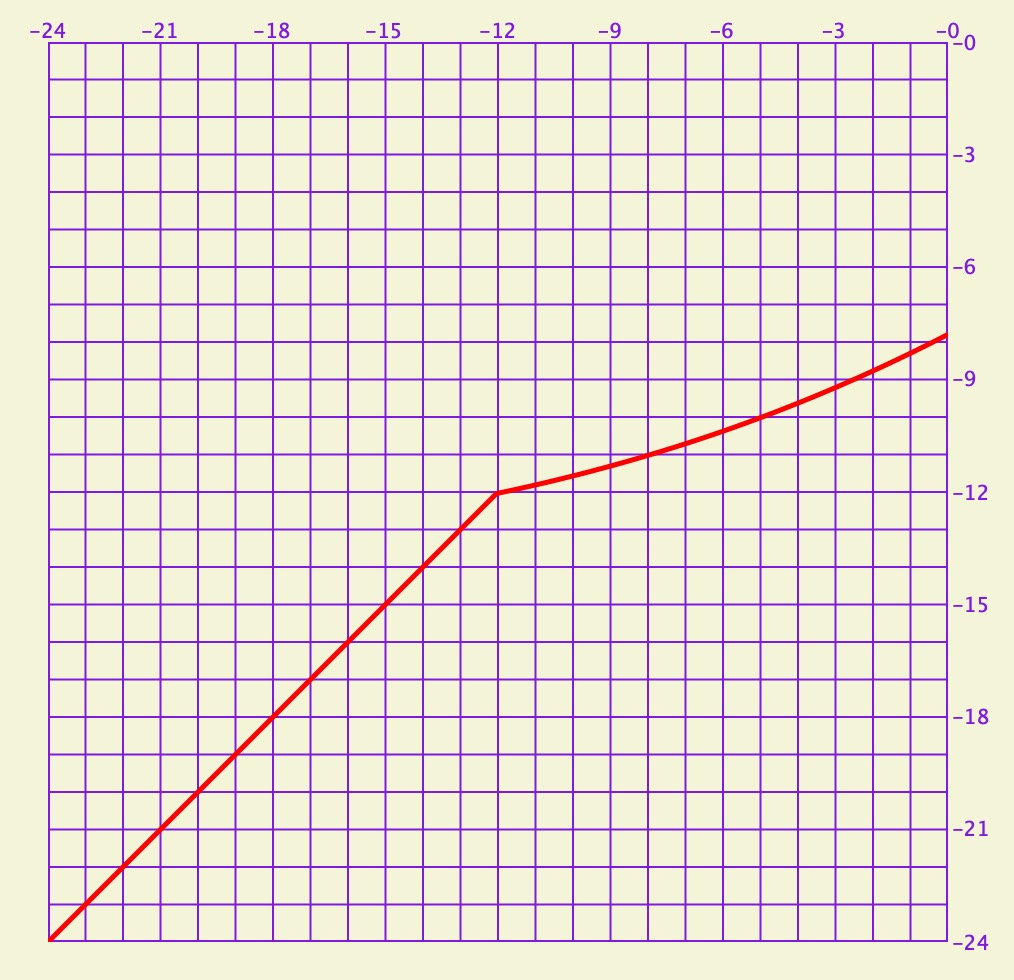 I suppose I need to modify that equation somehow, but have no idea how?

Browse other questions tagged audio dynamic-range-compression or ask your own question.