Why is my resampled signal cutoff when resampling with a windowed FIR filter in MATLAB?

The function h = firkaiser(Wc, Bt, As, Ap) creates a NF filter with central frequency Wc, Bt which is a band where the filter cuts off, and attenuations in the stopband and passband. Using a standard procedure of calculating M (length of impulse response) and windowing an ideal filter i have created this function. Here is an example of a NF FIR filter created by this function just to make sure the problem isn't in the filter itself. 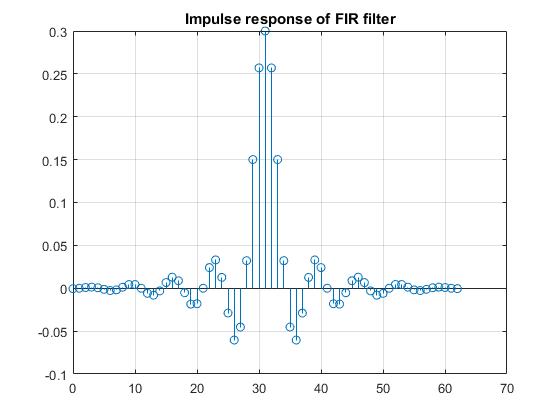 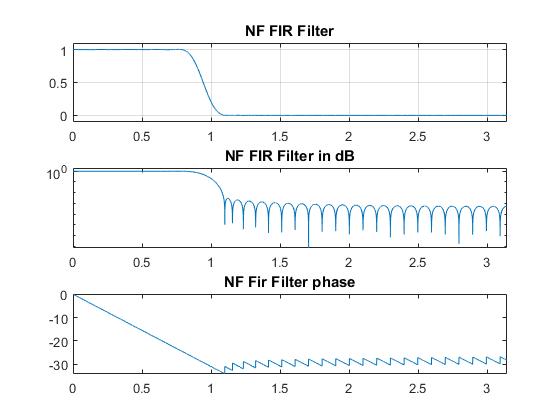 Now to the problem. In the exercise description as a hint it is mentioned that the interpolaton filters used must have Wc = pi/F, Bt = 0.4*pi/F, As = 70dB and Ap = 0.85dB so we must use these values. We also must compensate the delay so that the output signal is in phase with the input signal. Here is the function i wrote:

The function works as expected but the last part of the signal is lost first because of the delay and when the delay is deleted it's just missing from the signal. Here is an example where i wanted to upsample F=2 a cosine function: 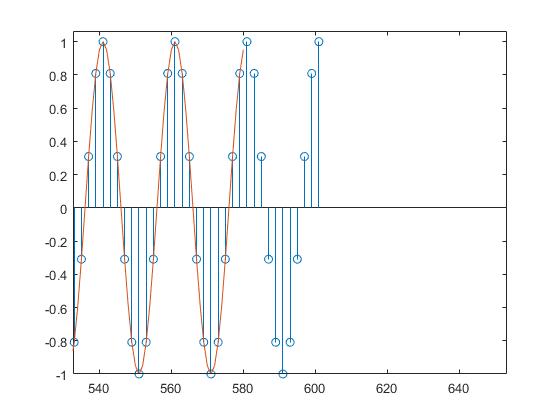 The original signal is the plotted blue one and the upsampled is the red stemmed one. The last part of the signal is lost. The same goes for the downsampling by let's say F=5: 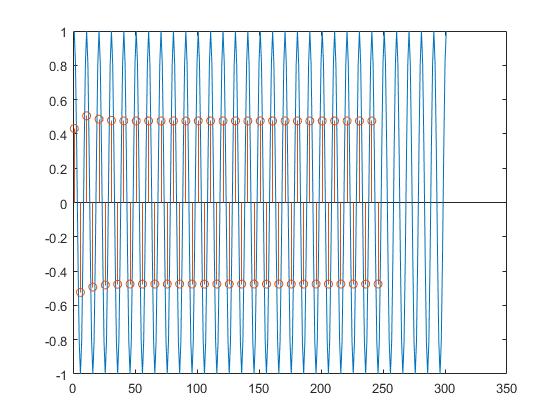 The blue one is again the original signal. In the first picture i needed to stretch the original so as to have a proper comparison and the same for the downsampled in the second picture. How can i fix this? Or is it fixable at all?

4
Echo cancellation supporting long delays and without frequency domain processing
0
Interpolated impulse response for fraction delay?
1
How do multirate systems introduce 'efficiency' in computation?
0
How to design a FIR low pass filter and force a subset of filter coefficients to 0?
0
FIR filter digital differentiator with low cutoff
2
Output of an FIR filter has a peak at the beginning of the signal
1
Compensate delay of non-symmetric (non-linear phase) filter