EbNo, SNR, and BER simulation for BPSK with convolutional code

Im currently simulating BER performance of CCSDS convolutional code. Im having some troubles in specifying EbNo and SNR in gnuradio blocks. From matlab webpages on BER simulation for RRC pulse and Convolutional codes, the SNR was defined by the equation

For uncoded BPSK, rate = 1 and k = 1 bit/symbol and sps is the number of samples per symbol. Noise variance was calculated as

I'm trying to import these equations into gnuradio, starting with uncoded BPSK shown in the first flowgraph. The bpskPulseShapeRRC block is a hierarchical

$\sigma$ was used as the noise voltage of the channel model block. Running the flowgraph as is resulted in a BER curve that was quite off. Surprisingly, using a noise voltage of

(or setting the bpskPulseShapeRRC filter gain to sps) produced correct BER curve (I don't understand why. Any explanation is welcomed).

Coming back to CC FEC, the second flowgraph was executed after setting the coding rate to 0.5. Unfortunately, the BER values obtained were far off as compared to BER curves from the CCSDS Green Books. My guess is, this has something to do with incorrect noise voltage calculation. Any suggestions? 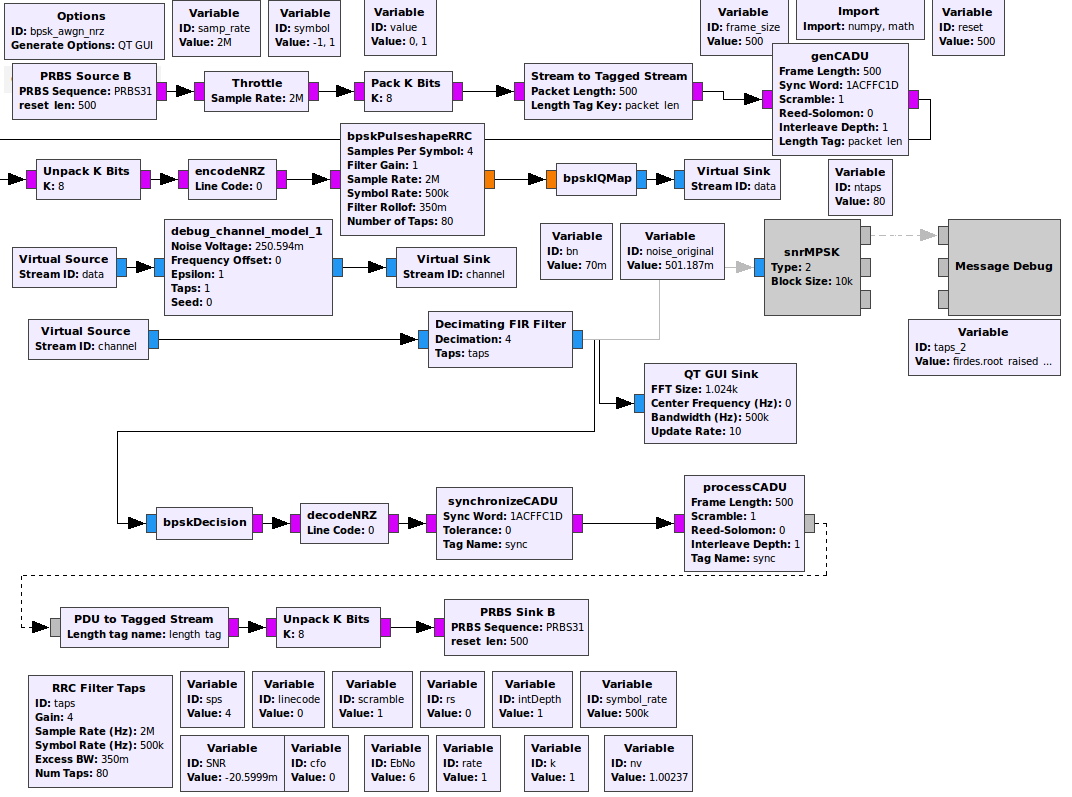 Flowgraph for BPSK with CC FEC 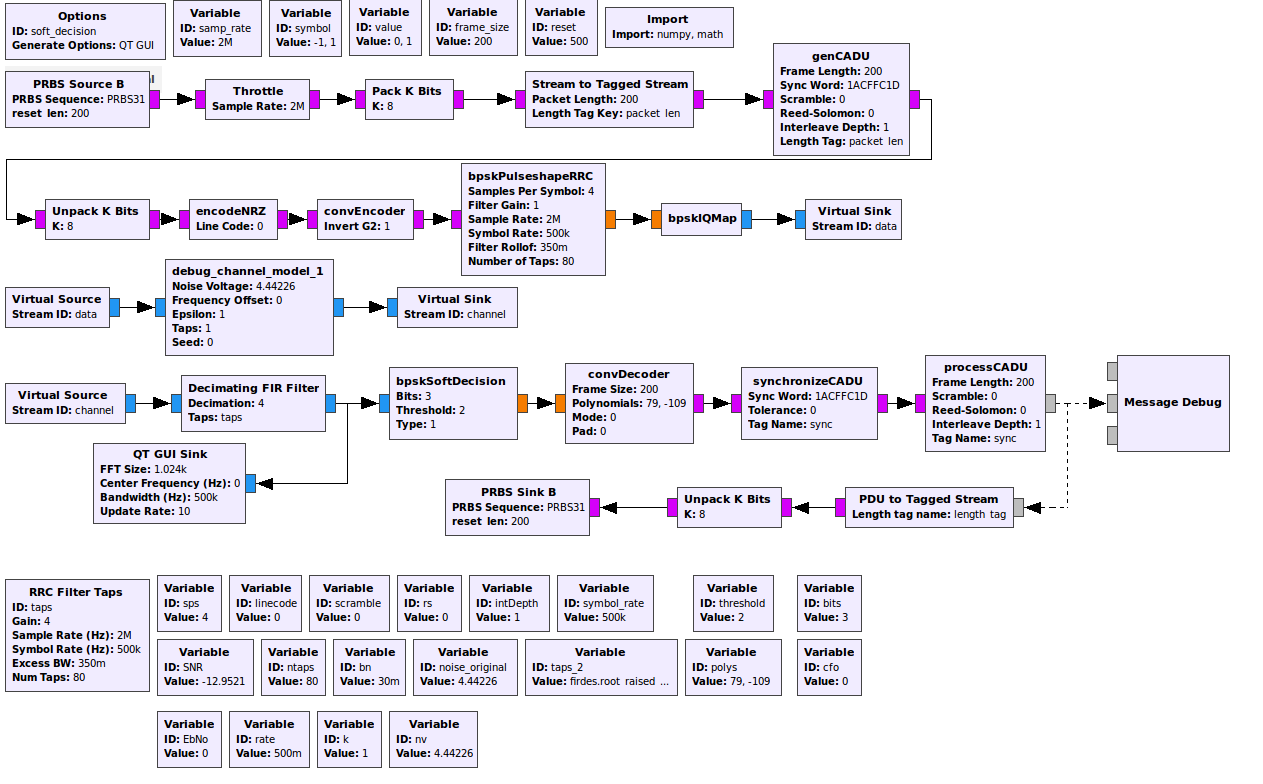 Browse other questions tagged gnuradio or ask your own question.

8
What kind of modulation is this?
0
BER vs SNR simulation for GFSK modulation (Closed-form BER for GFSK)
0
Can a software defined radio with a frequency range of 300 MHz – 3.8 GHz detect AM (535 to 1705 KHz) and FM signals (88 to 108 MHz)?
2
FFT-based coarse carrier recovery for QPSK
1
Offset QPSK detection in GNU Radio - Sample delay