What version of sinc function to use ? (With additional factor of $\pi$ or not.)

I have an exam tomorrow on Signal Processing and one of the questions can go two ways:

Now I have a slight problem with how the questions are answered in Mark Scheme for previous paper. For the band pass he uses this definition of $sinc$: $$sinc(x)=\frac{sin(\pi x)}{\pi x}$$

Here are the extracts: 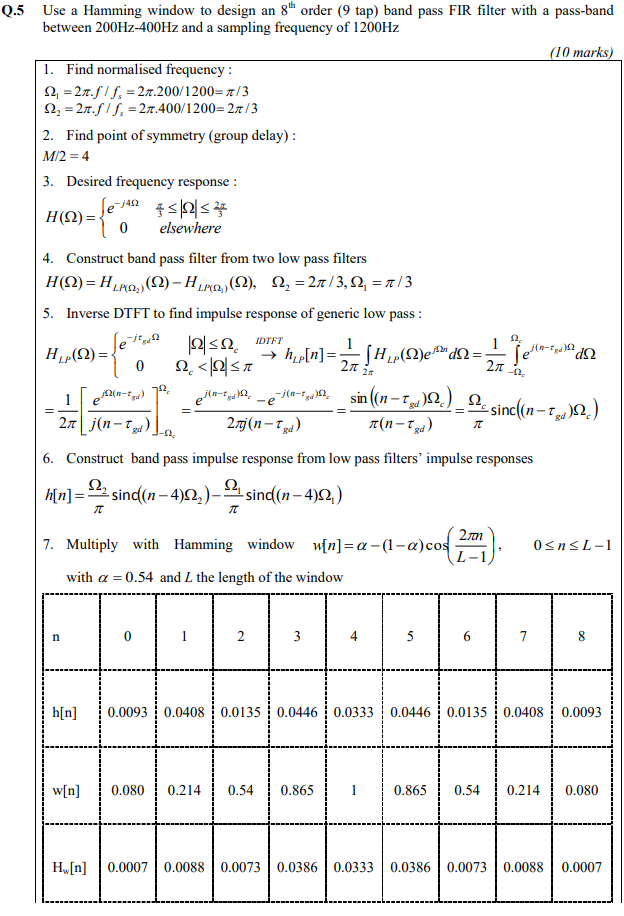 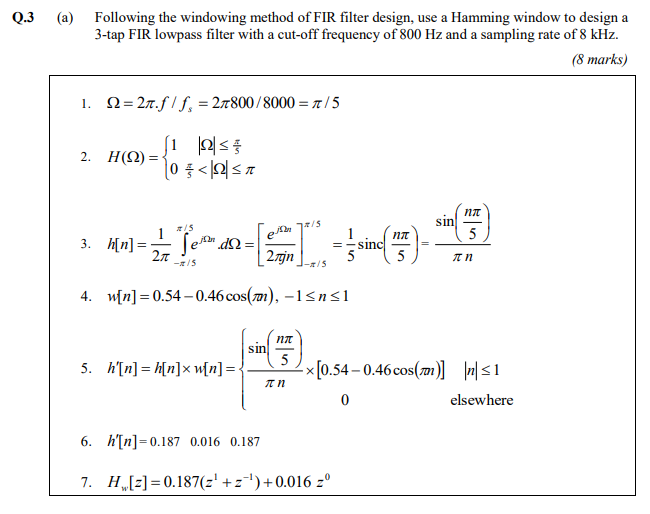 Even in the first case he states that

But then his answers for $h[n]$ follow the $\pi x$ version of the sinc. I have a suspicion that he used matlab to evaluate the numbers and matlab in fact is using the $\frac{sin(\pi x)}{\pi x}$. During the lectures the only way we were taught to define sinc was in the "normal version" without $\pi$.

But then again looking at Wiki article about sinc. It states that the version with $\pi$ is commonly used in signal processing. Could someone tell me what to use and when? Thanks.

There's no what to use when. It's all a matter of definition and they must be made explicit for responsible, trustable, serious conversations.

From the DSP context, if in a paper or in a book or in an exam you are asked to use the sinc function, then if nothing else is stated you should assume:

Any other use of the so called sinc function should be preceeded by an explicit definition of the particular choice.

Some time ago, on our sister site math.SE, I wrote about this issue regarding the two different definitions of the sinc function. Here is a slightly modified version of that answer for the benefit of those who prefer to just stay on dsp.SE.

In the engineering literature, those who define the Fourier transform as $$X(\omega) = \int_{-\infty}^{\infty} x(t)\exp(-j\omega t)\ \mathrm dt$$ tend to use the unnormalized version $\frac{\sin(x)}{x}$, while those who define the Fourier transform as $$X(f) = \int_{-\infty}^{\infty} x(t)\exp(-j2\pi f t)\ \mathrm dt$$ tend to use the normalized version $\frac{\sin(\pi x)}{\pi x}$. My personal preference is for the normalized version because the zeroes of the function are the nonzero integers, but, like most people, I have learned to live with both definitions and figure out which one an author is using even if it is not explicitly stated. There are, of course, zealots who say that people who use the convention they do not happen to prefer are in a state of sin (or did I mean to say a state of sinc?)

15
How can I design a very narrow filter?
1
What is the cause of slow roll off of windowed filters
23
FIR Filter Design: Window vs Parks McClellan and Least Squares
11
Why would one use a Hann or Bartlett window?
1
Do we guess the cut off frequency when passband edge frequency and stop band edge frequency are given? FIR Filter design-LOW PASS FILTER
0
How to get the difference equation from impulse response?