Please check if my answer to GATE IN 2010 question 11.20 is correct/can be improved upon. 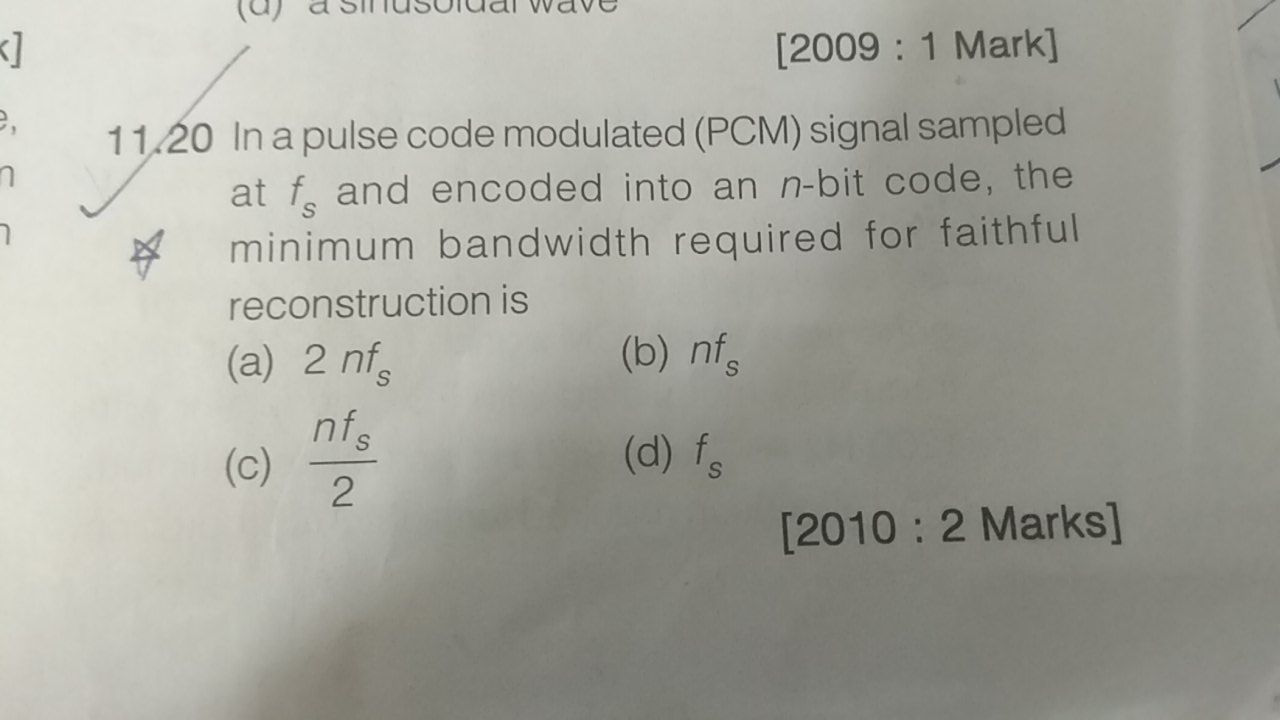 So, every $\frac{1}{f_s}$ sec, a sample is taken. The signal amplitude is quantized into $2^n$ levels such that each sample can be encoded using $n$ bits. The question (I think) asks what is the minimum bandwidth a channel needs in order to transmit these bits.

We have $\frac{1}{f_s}$ sec time and $n$ bits to send. So the bit rate would be $nf_s$ bits per second. Since each "bit" is sent as a pulse across the channel, the pulse rate $f_p = nf_s$. So by the Shannon–Hartley theorem we can conclude,

So the answer is (c) 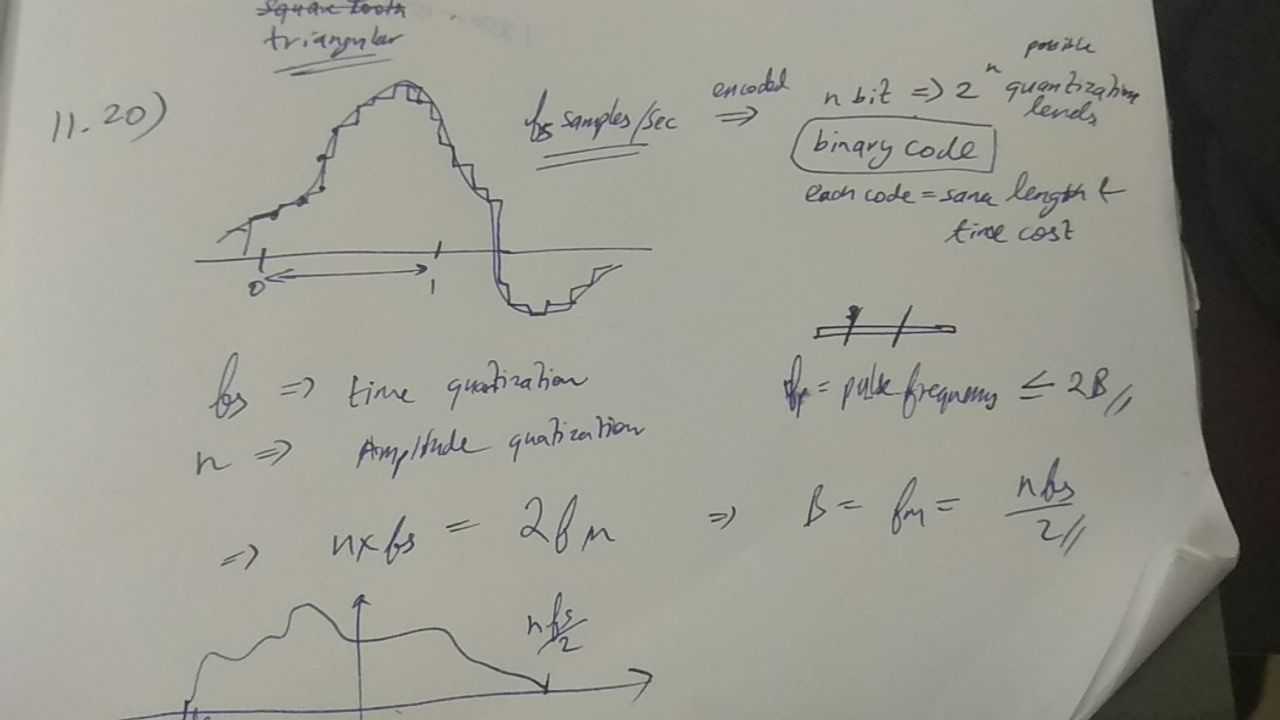 The question asks what the bandwidth needed for "faithful reconstruction" is, I guess they mean that if you don't have at least this large a bandwidth errors will creep in and you can't reconstruct the signal from the n bit code at the receiver end?

I don't think the exam question is stated properly, unless there is additional context that the student is supposed to know.

First, the bandwidth depends on the encoding. The question seems to assume binary encoding, but PCM does not specify this.

Second, the bandwidth depends on the pulse shape. Usually one assumes rectangular unless otherwise specified, but this information should bave been included in the question.

In general, the PCM signal can be written as a pulse train:

For instance, if you use the "absolute bandwidth" definition, then the bandwidth is infinite. There are ten or more engineering definitions of bandwidth, and each gives you a different number. Note, however, that transmitting $s_{\text{PCM}}(t)$ over any channel with less than infinite bandwidth will result in some amount of distortion.

Now let's say that $p(t)$ is a sinc pulse of appropriate width. The expression for the signal doesn't change. Theoretically, now the signal has infinite time duration, but its bandwidth is finite and equal to $1/(2T_p)=nf_s/2$.

1
ISI Nyquist criterion and spectral efficiency
2
Is there a proof that equal bandwidths have equal information-carrying capacity?
5
The necessity of null subcarrier in OFDM?
0
A voice signal is band-limited to 3.3 kHz. What is the Nyquist frequency?
1
What is an intuitive understanding of the difference between the minimum required bandwidth and actual bandwidth?
3
QPSK Data Rate vs Bandwidth at Passband: Why can it only transmit 1 bit per Hz and not 2 bits per Hz?
3
Sample rates, Samples per Symbol, and Digital Pulse Shaping
1
Minimum sampling frequency, quantization, and bitrate calculation
1
What is the intuition explaining the Shannon-Hartley theorem?
3
How is the maximum theoretical data rate of a channel equal to $2B\log_2(V)$ bits/sec.?