I would like to take an audio sample and reduce it to a very limited set of numbers, with one value for amplitude and another for length. 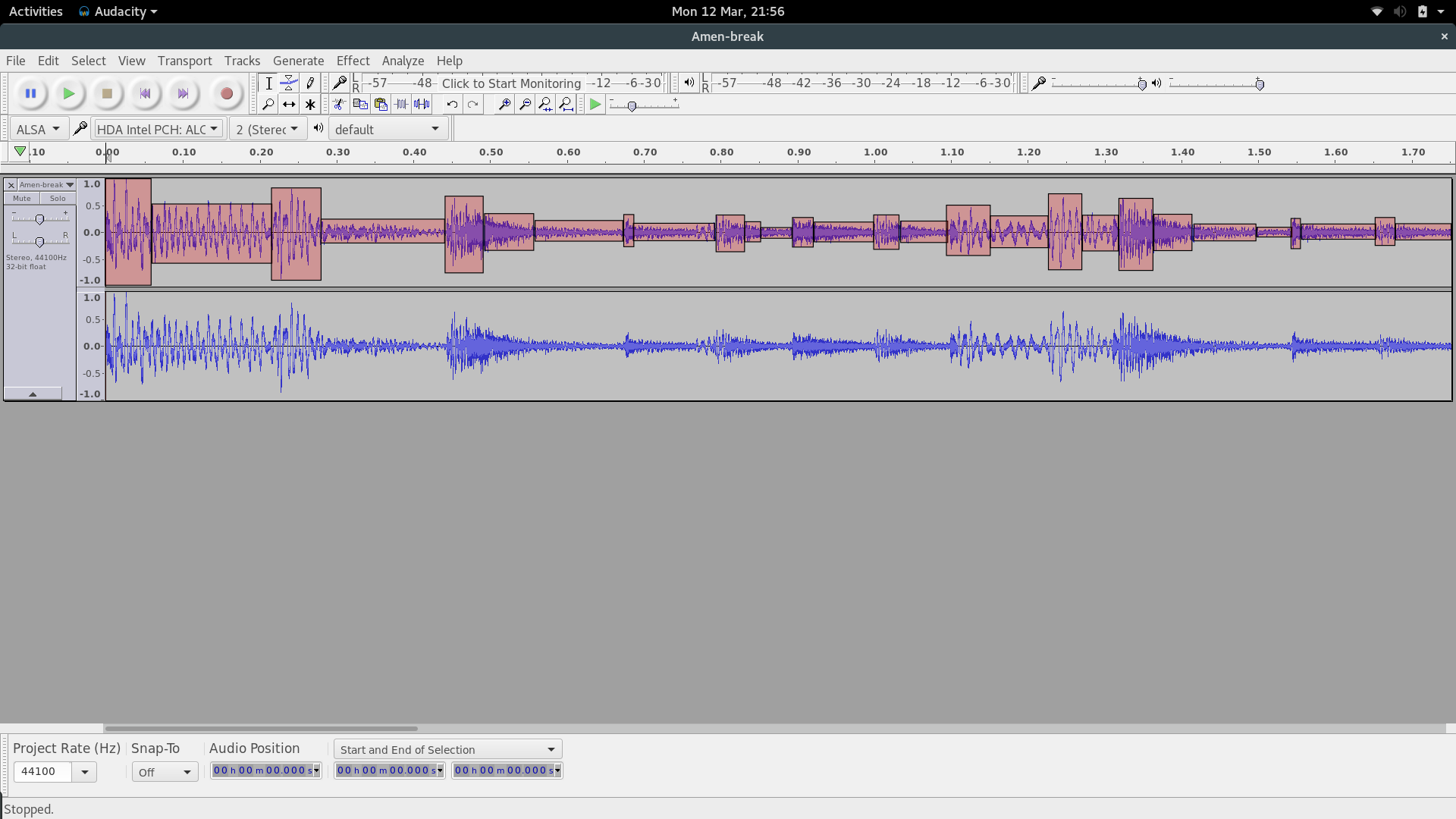 I want to find the dimensions of the red boxes, which represent areas of similar sound intensity. Ideally I'd like this as a python list in a format similar to:

During creation I'd like to specify resolution in some way, so I can take one sample and have a list of 100 items or 10 items or whatever.

Being able to specify y resolution would also be useful, so \$intensity can be 1-10 or 1-100 or so on. As I write that I realise that I can probably only specify one of those, if \$intensity is bounded as an integer 1-10 then the number of list items depends on that, I think?

I'm pretty familiar with using python for various things, audio/signal processing is totally out of my area of expertise so I'm a bit lost and any pointers on where to start would be much appreciated.

The context is I'd like to use that list as an input in a FreeCAD or Blender script which will generate various shapes and designs from audio samples, ultimately to be 3D printed.

So, you describe what you want to do relatively explicitly:

So, to achieve each point:

Not the answer you're looking for? Browse other questions tagged audio python transform or ask your own question.

0
Extreme audio stretching
2
Count the number of times the phone rings before its answered
0
How to match a piece of very short audio based on key and pitch to find a piece in a large database that is most similar to it?
3
Self studying, getting a quality spectrogram
1
RF demodulation for dummies
3
Testing if a signal contains a specific previously recorded signal
1
Calculate amplitude in dB and dBA from audio signal