Forgive me if it’s too basic, I finish engineering a while ago. Given any time series, not periodic, I would like to find any repetitive pattern that is distinct (by some given measurement) and is unknown.

For example given this : 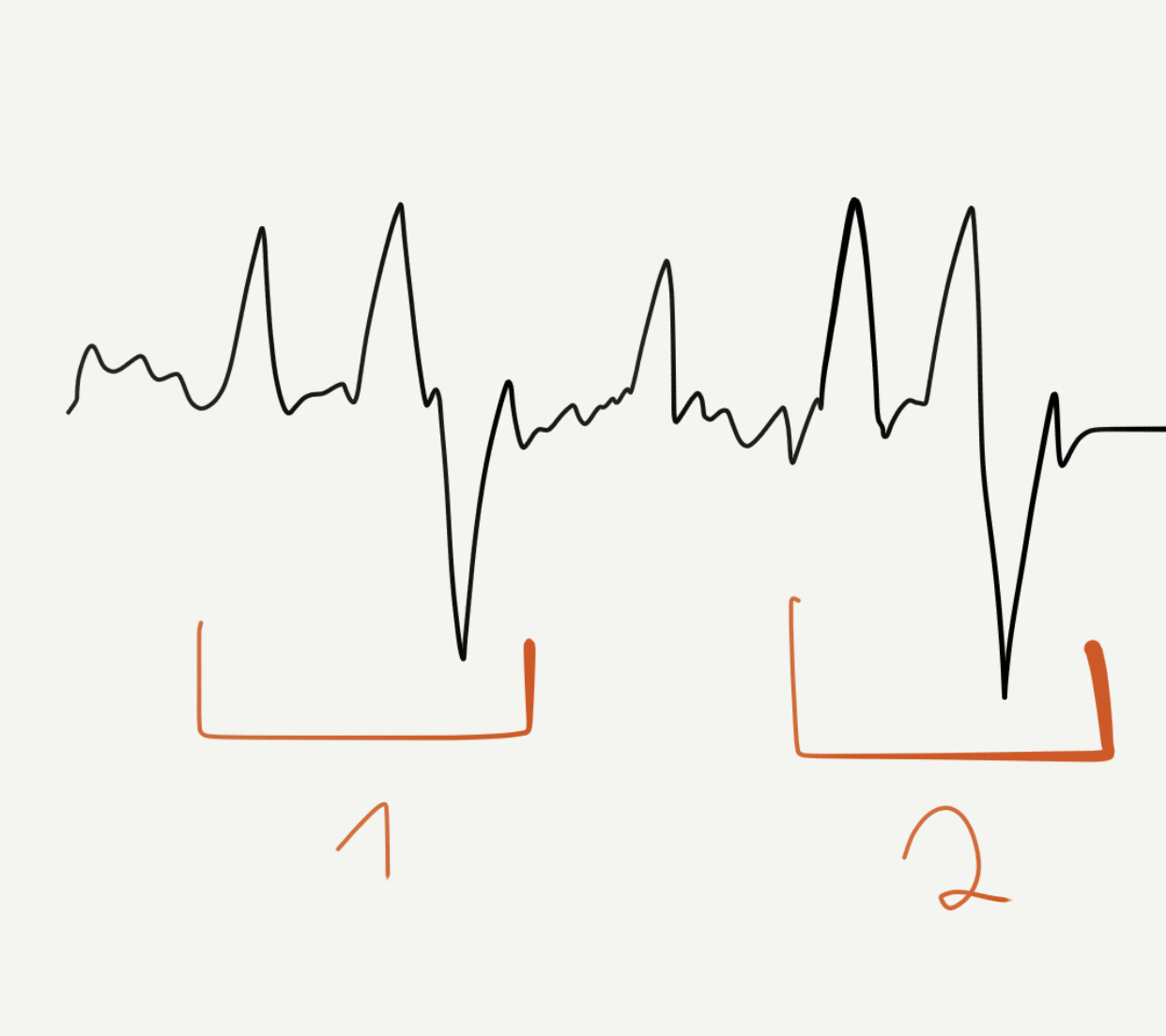 I would like to find number 1 and 2( get their index on time).

(Are there practical books about finding patterns with code and not too much math?) Thanks.

Finding repeating but not periodically repeating patterns of an unknown template which you expect the algorithm to identify is a hard problem. Nature typically doesn't shut off all the other patterns that may be present for our convienance either.

Signals have sources or generating mechanisms. It would help if you had some idea how your patterns are generated.

The concept of noise can be helpful because what isn't noise might very well be signal.

I would approach a problem as a time series that corresponds to an ODE and try to learn the ODE.

One way to do this would be to construct a phase space representation, that is something like $x(t)$ and $y(t)=dx(t)/dt$. If the noise is low using central differences can give a good approximation to the derivative of your time series. A phase space plot might identify orbits and limit cycles produced by your pattern.

By using FT we loose the time information. Thus, FT doesn't tell you anything about index or time. Try to use wavelet analysis.

Not the answer you're looking for? Browse other questions tagged fourier-transform time-series pattern or ask your own question.

7
FFT of random binary data
1
Detecting expected patterns in repeated measurements
1
Identify fundamental frequencies in short-period waveform
1
Fourier-Analysis of Stationary Random Signals
0
How to group similar patterns together that are shifted along the x axis?