I’m having a hard time grasping what exactly ARE the real and imaginary numbers in my s-parameter data. Most of the time I just set the NA up in logmag/phase to find the loss though, say, a filter or cable. My understanding is you can pretty much derive anything from the real/imag, especially s11. But are these numbers kinda useless (for lack of better term) until converted into other units?

The S paramater data are complex numbers that have magnitude and phase, or stated another way, real and imaginary components. The way we typically see the data presented on a network analyzer is with a Magnitude vs Frequency plot, and a Phase vs Frequency plot. If we capture the data we may see it listed as Real and Imaginary. The two are related as follows:

(showing magnitude K vs frequency together with phase $\omega$ vs frequency since K at angle $\phi$ is $Ke^{j\phi}$ in compact exponential form.)

Has real and imaginary components that are also functions of frequency as follows:

The relationship between the two is given by Euler's identity:

The real and imaginary numbers define the magnitude and phase versus frequency for the relevant S parameters. For example S11 defines the reflected signal with values between 0 and 1 (for passive devices) and phases anywhere from 0 to 360 degrees. An open circuit for example will reflect all incident power back toward the source in phase (so would be 1 (0 dB) at angle 0 degrees), while a short will reflect all the incident power back toward the source out of phase, 180 degrees (so would also be 1 but at angle 180 degrees). S21 is the transmission from port 1 to port 2 of a 2 port network, and a simple cable is a good demonstration of phase: a lossless cable is just a delay, and a delay has a linear phase with frequency so would be magnitude 1 (0 dB) with a phase that increases linearly negative as frequency increases.

Thus to demonstrate the significance of the phase, you could predict the magnitude response of a comb filter that is created with two power dividers and a long length of cable between one leg and short on the other (split, go through the cables and then combine for a resulting two post network), by measuring S21 phase through each of the cables. 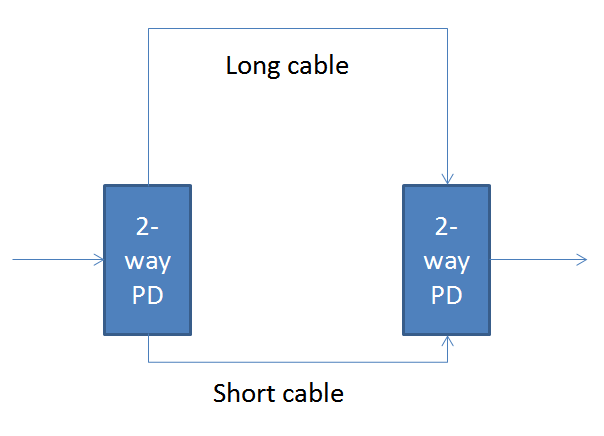 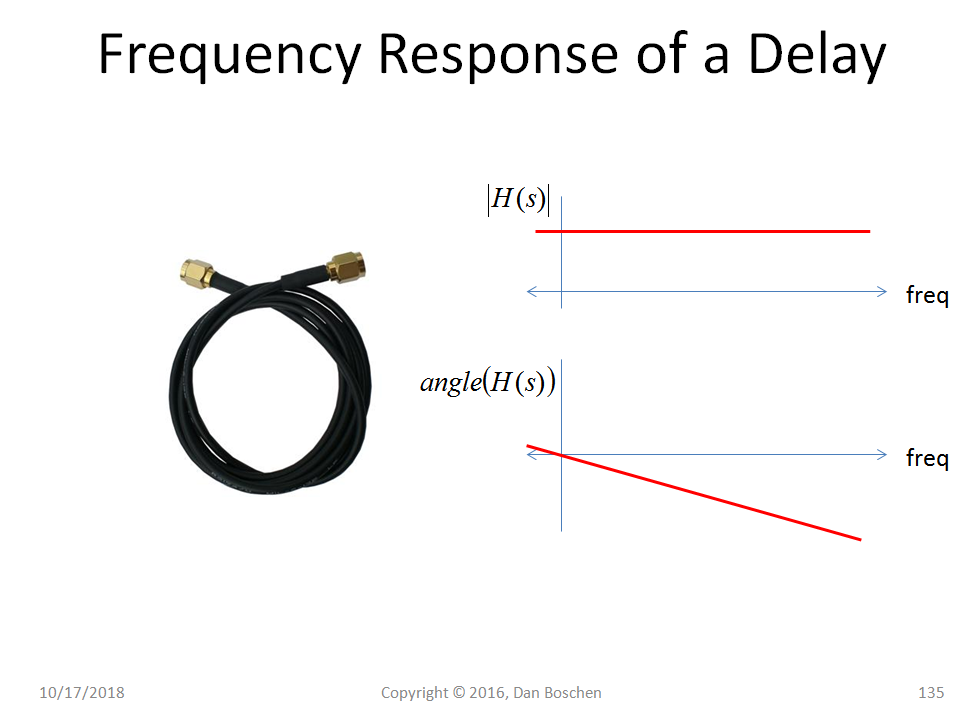 At certain frequencies the phase between the cables will be 180 degrees and thus S21 magnitude through the entire network will be nulled when the two signals combine, while other frequencies they will be in phase and the signal will be combined, thus resulting in a comb pattern in magnitude such as that shown in the normalized frequency plot below.

The phase of the reflected signal (S11) and transmitted signal (S21) is used often in many aspects of RF design including impedance matching and filtering design (since like in digital filter design filters can be constructed through the summation of weighted delays, and hence weighted phase shifts). Having a deep understanding of this is fundamental to RF design.

2
What is the real difference between DSP and AI/data science?
1
Signification of alternating signs of imaginary and real part of an FFT
0
Analyzing audio by looking at its time-frequency points in real- imaginary plane
0
Frequency estimates from three-dimensional data
0
How to measure algorithmically side lobes in real data
0
transmitting the real/imaginary parts of pass-band signal
0
Why we add imaginary part in inverse fourier transform since the time domain signal has only real value?
1
Effectively extracting “real” data from a noisy dataset