Calculate each MFCC to compare wave file A and wave file B, and then use FastDTW to measure the distance after two sets of MFCCs.

We compared the four wave files and obtained the Euclidean distance value.

The values below are the Euclidean distance values.

I will answer your questions in reverse order.

4: DTW (Dynamic Time Warping) is not a library but an algorithm. It allows aligning two sequences by warping them in time. You can use it for pretty much any kind of sequential data, for which a metric (distance) can be defined. Generally, you calculate a distance between each and every point of both sequences and produce a big matrix of accumulated distances. In the end, a path that produces the smallest final cost is selected as the optimal. 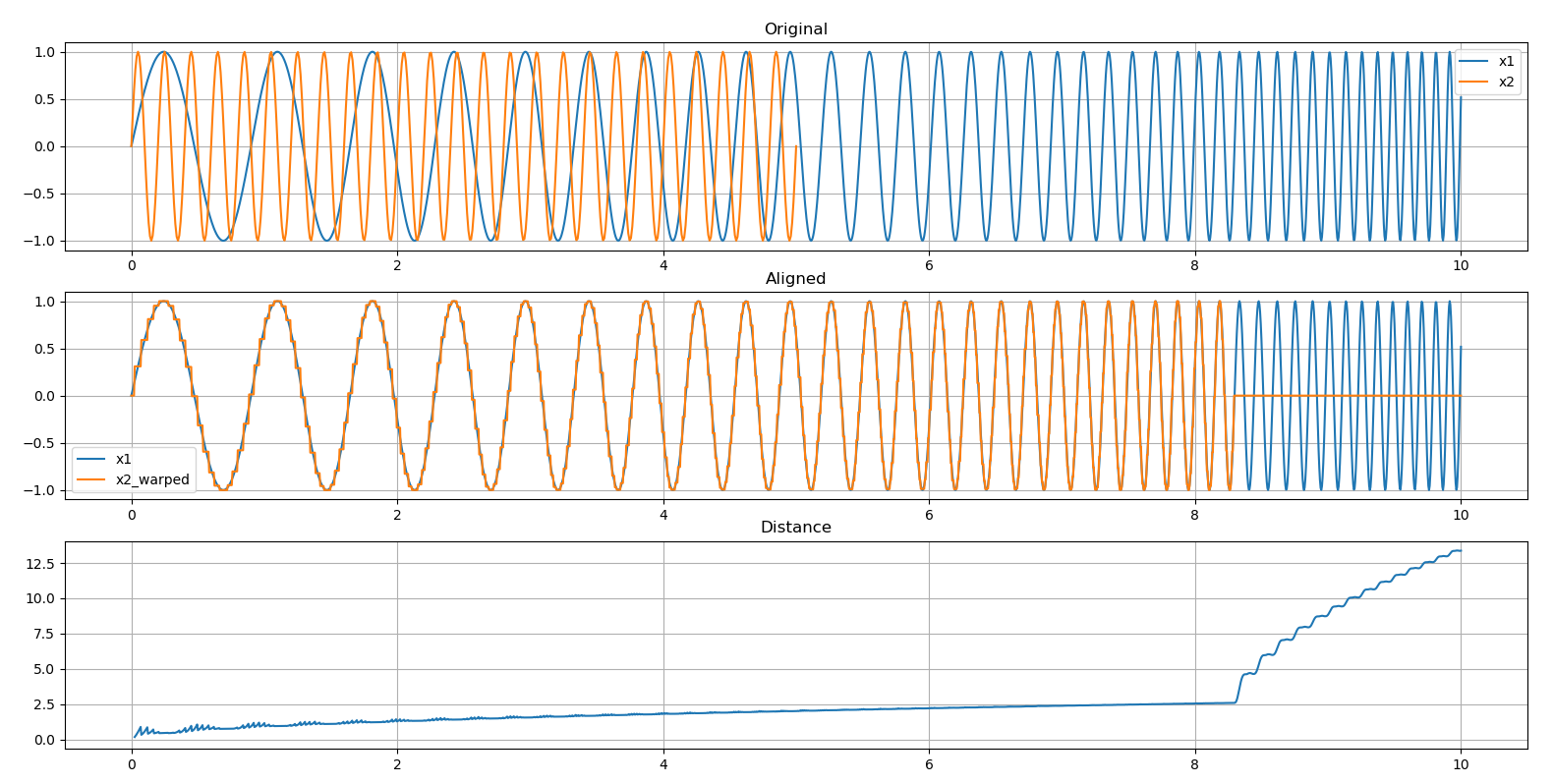 Just to wrap up, here is the full DTW matrix together with the optimal path. 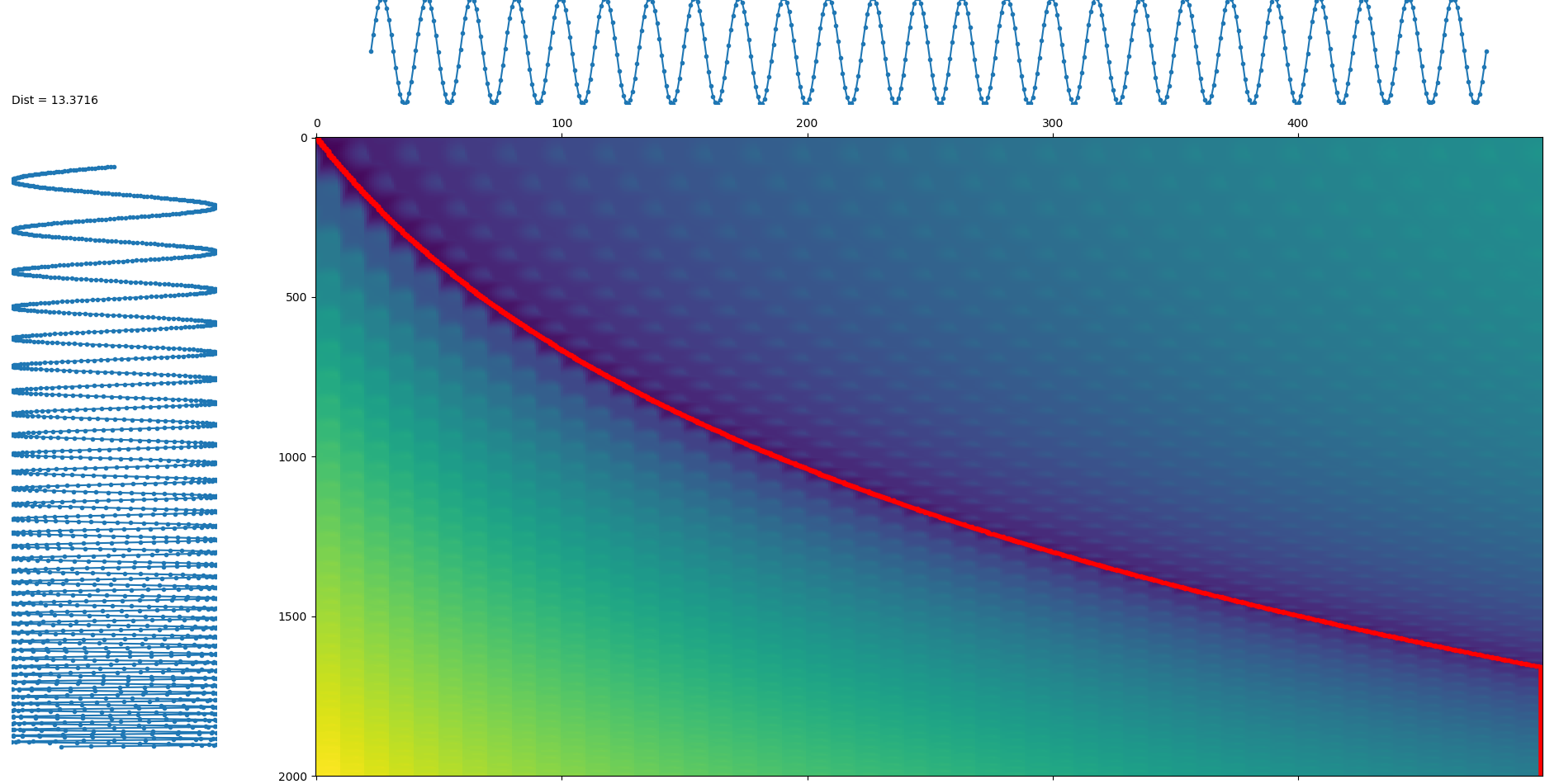 3 & 2: It's a distance, so the lower the better. The lowest possible distance is $0$, which can be achieved when:

1: As I've mentioned before, DTW compares the distance between each and every point and then accumulates the cost of all operations that lead up to that point - the path that will yield the minimal cost corresponds to the best alignment.

In terms of similarity, signals will be considered close to each other if stretching or squeezing certain parts will minimize the difference between the MFCC vectors for each frame.

Not the answer you're looking for? Browse other questions tagged fft mfcc or ask your own question.

1
What is the DTW result (applied to the MFCCs of an audio file) proportional to?
3
Using MFCC in spoken words recognition
0
Compare two words from different speakers
1
Speech recognition using MFCC and DTW(Dynamic Time Warping)?
1
Given MFCC values for some wav’s, how can I easily tell if all speakers are the same?