I'm trying to create a low pass FIR filter using the coefficients I found in ITU 1770-3 on page 18. This is the last piece of the puzzle for an audio loudness metering algorithm I'm working on. 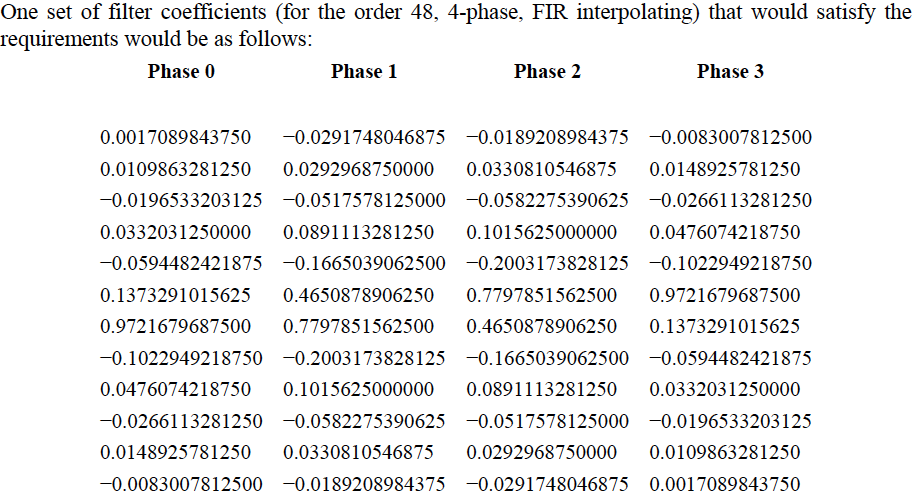 I'm not super familiar with digital filters in general, but so far I've been able to create them using numerator and denominator coefficients. From there I can use filter(b,a,input) to process the audio.

But I'm not quite sure what to do with these 4 sets of coefficients. Am I supposed to get a set of numerators/denominators out of them somehow? What can I do to create an LPF out of these coefficients?

UPDATE: With some sage advice from @DanBoschen I have modeled the filter. Here is the response chart: 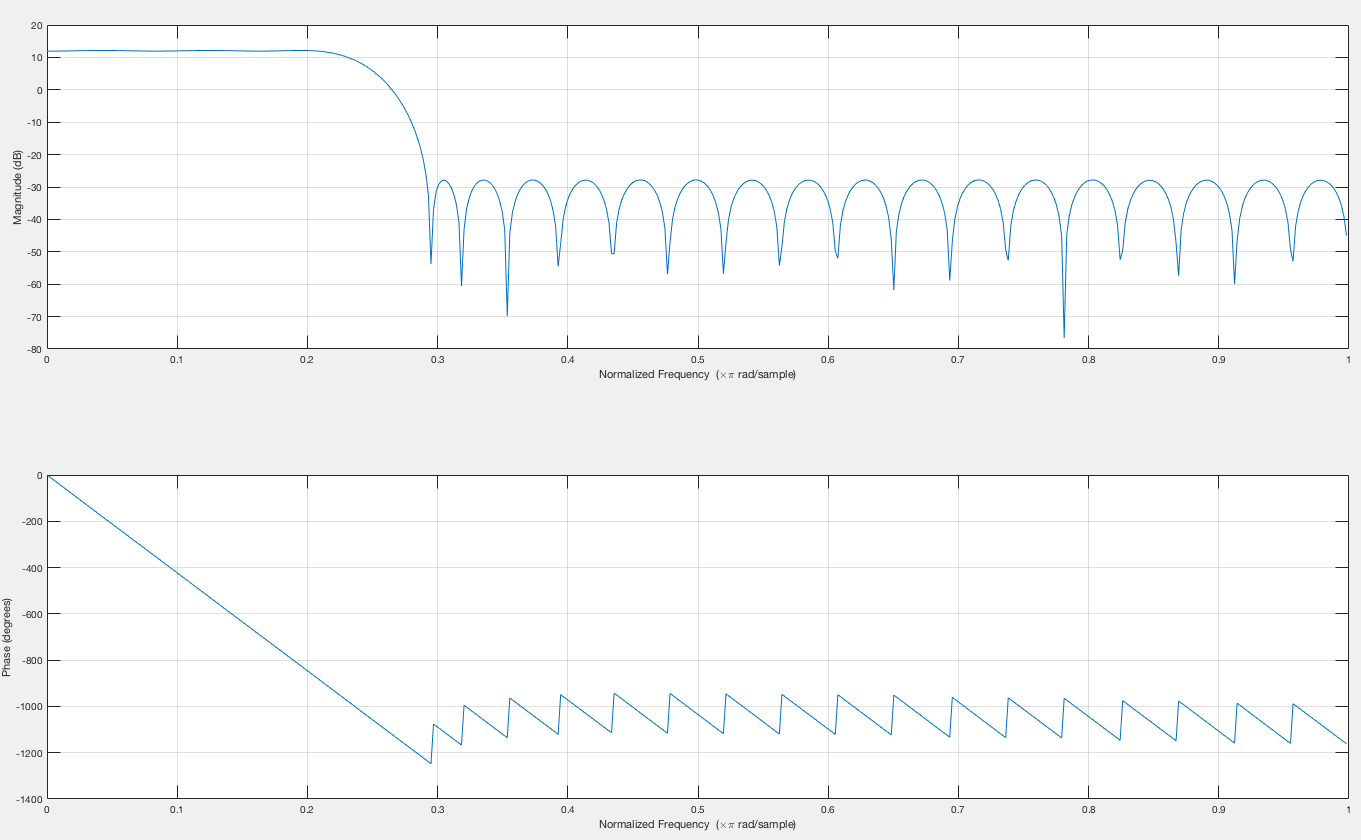 These appear to be the coefficients of a linear phase (due to the even symmetry of the coefficients) 48 tap low pass filter arranged in polyphase structure and given the words interpolator in the title, for purpose of upsampling the input signal by a factor of 4.

I have detailed the approach to designing a polyphase interpolator from the FIR coefficients in this post: How to implement Polyphase filter? , with the image copied below that specifically shows how a traditional FIR structure is mapped to a polyphase structure for interpolation using to row to column mappings of the coefficients: 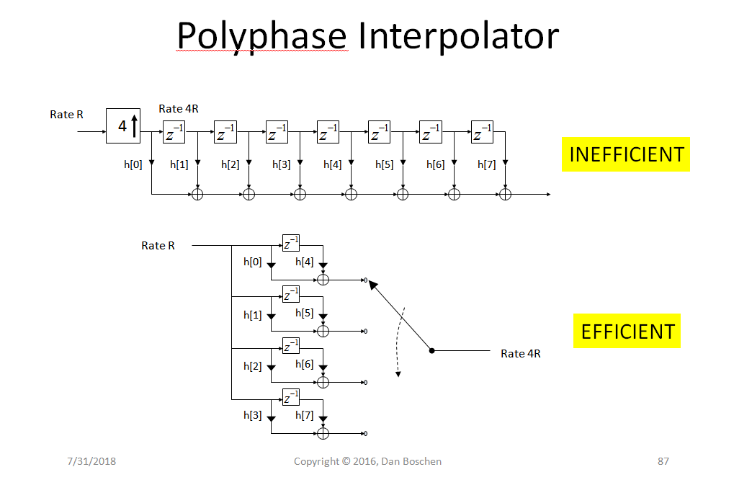 In the case of this specific 48 tap implementation in this post given as four 12 tap polyphase filters, the signal would first be upsampled with a zero insert just as done in the diagram I posted above (so insert 3 zero's in between each input sample resulting in a 4x increase in the sample rate). The low pass filter is designed to pass the signal of interest and reject the images that the zero-insert creates. (I have more details on that specifically but that's more detail than necessary to answer the question so will lean slightly toward brevity--- if anyone wants that added, please indicate in the comments). In this case given the completed design, a 48 tap filter was determined to be sufficient by the designer, and this was then mapped into four 12 tap poly-phase filter structures (instead of four 2 tap filters in my image above) as follows:

This is mapped into four poly-phase filters as:

The columns given by the OP are the taps for each of the four filters as detailed above. To view the filter response, read the coefficients back in order from each row as listed and then can use the freqz command available in Matlab, Octave or Python (SciPy) to view the response.

Not the answer you're looking for? Browse other questions tagged matlab filters audio filter-design lowpass-filter or ask your own question.

0
How to implement Polyphase filter?
0
Upsampling and comb function
0
Is there a way to break down a signal into its respective phases (4 in this case) to be later analysed individually

8
Speech Compression - In LPC how does the linear predictive filter work on a general level?
9
How does a low-pass filter programmatically work?
0
Custom nearly-linear-phase IIR filter computation gone wrong
0
FIR Filter matlab command
0
Verification of all steps needed to extract MFCCs from raw audio data
5
Signal filtering using Python
0
Why does my low pass filter diverge below 7000 Hz?
0
Re-mixing high and low pass filtered audio has interference in the shared transition band?
1
How to filter data with given numerator and denominator coefficients of an IIR Filter, in MATLAB Implementation