In Fourier analysis while dealing with discrete-time signals, frequencies range from $0$ to $2\pi$ why? Intuitively how can i understand it?

The digital frequency span of 0 to $2\pi$ is the normalized angular frequency given in units of radians per sample. For example, if we had a frequency tone that went $0.2\pi$ radians/sample, then it would take 10 samples to complete 1 cycle. So if we sample a sine wave with the result of having 10 samples in one cycle of the sine wave, the normalized radian frequency in that case is $0.2 \pi$.

Consider an analog signal expressed as:

Where $\Omega$ represents the analog angular frequency $\Omega = 2\pi F$, with $F$ being the frequency in Hz.

Therefore the discrete time signal is given as

Which can be described as

Similarly, we can describe the digital frequency span in cycles per sample, and in this case the unique span would extend from 0 to 1, or if we prefer -0.5 to 0.5. (In comparison to radians per sample with a unique span from 0 to $2\pi$ or $-\pi$ to $\pi$.

Here is a real example I have that will hopefully make this clearer: 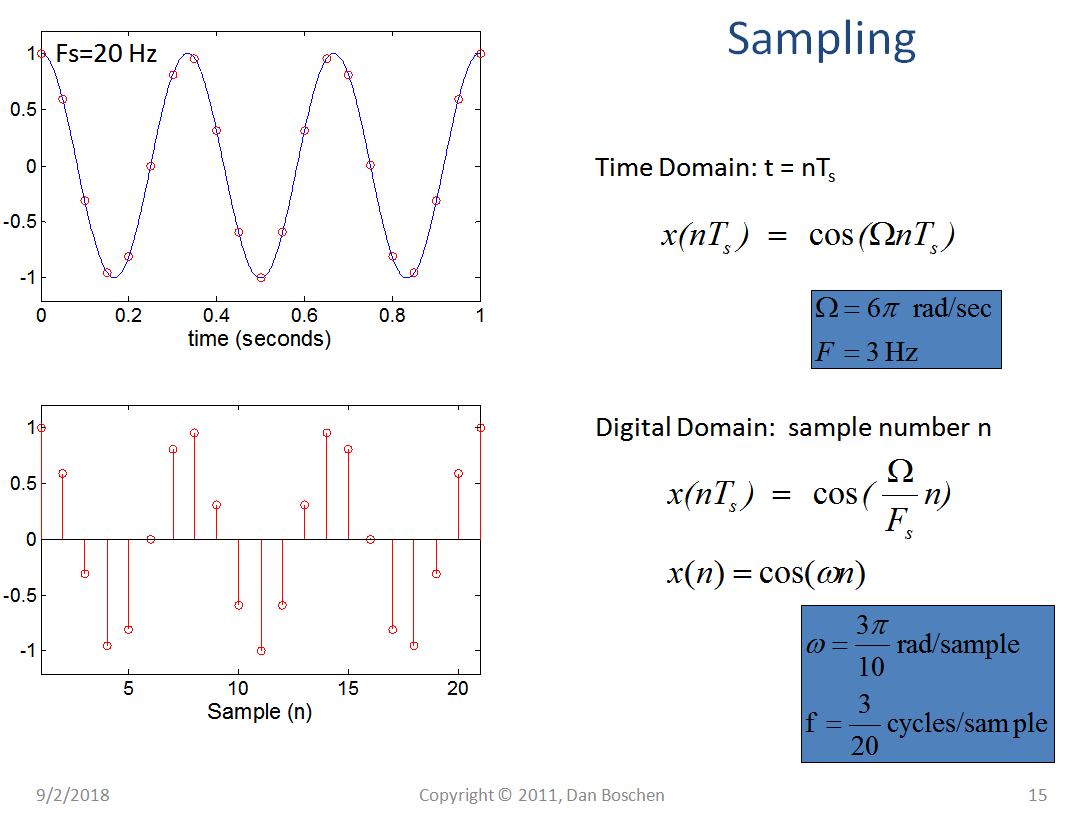 The figure below of a different example shows a digital spectrum as an "unwrapped view" extending from plus or minus infinity. This demonstrates the aliases that would exist for an arbitrary spectrum that exists with a spectral density from -3 to +3 Hz when sampled at 10 Hz. This is the meaning on "Unique Span" mentioned above; the portion of the frequency spectrum that is unique (and everything beyond is just replicated). 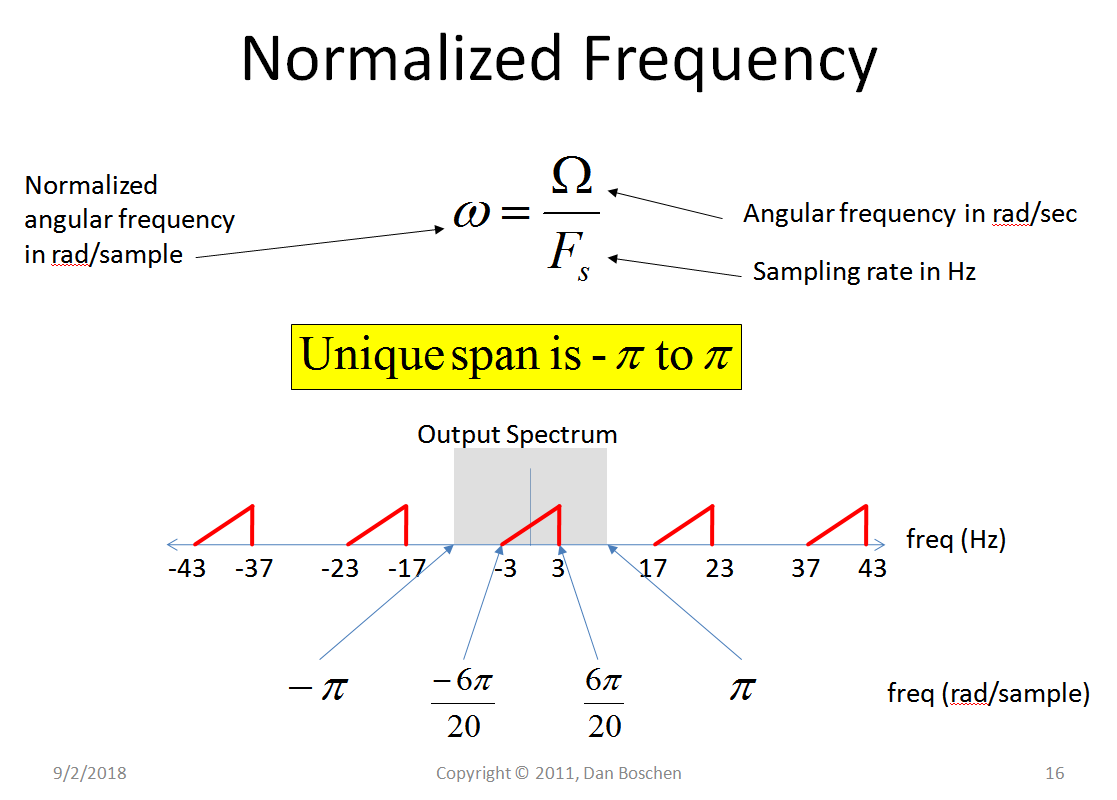 As @Fat32 will attest, I find it much easier to visualize individual frequencies as complex tones ($e^{j\omega t})$, specifically rotating phasors on an IQ plane, rather than cosines or sines such as $\cos(\omega t)$. (Which we see through Euler's identity consists of two spinning phasors). A single tone $e^{j\omega t}$ is a phasor rotating counter-clockwise versus time on the complex plane at rate $\omega$ radians per second. Consider cases of this as a sampled system in the plot below and see how useful and straight forward the idea of normalized frequency is!

Below we have a 3 Hz analog signal represented by $e^{j2\pi f t} =e^{j6\pi t} $, with different sampling rates resulting in different normalized frequencies. 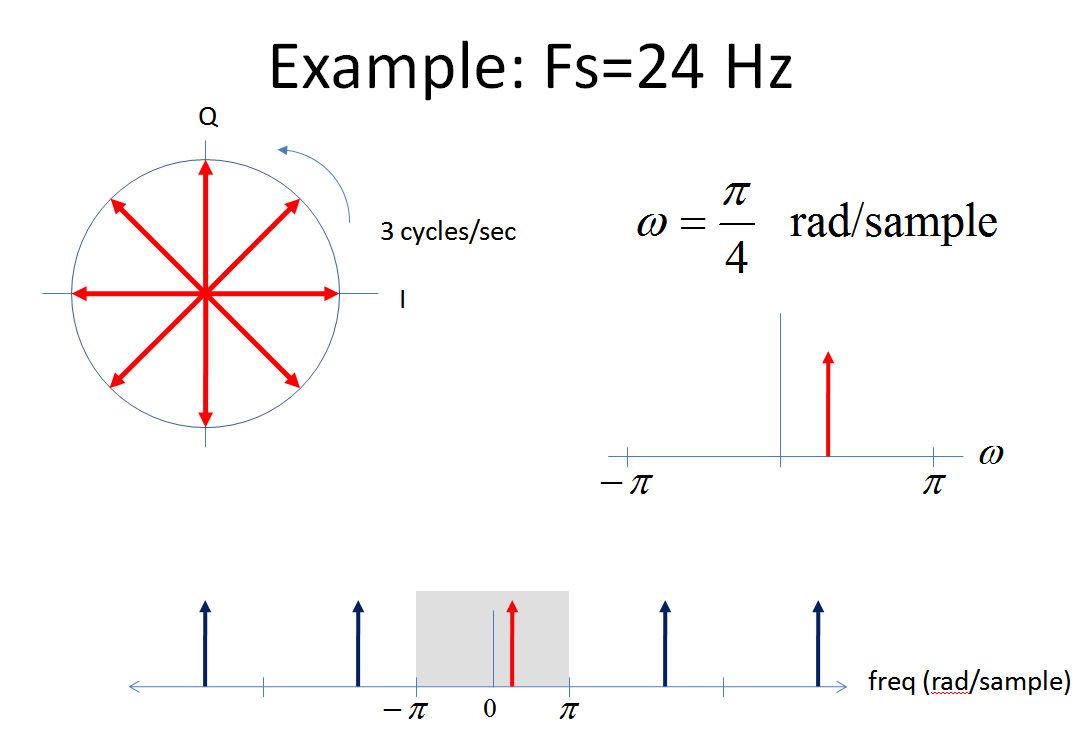 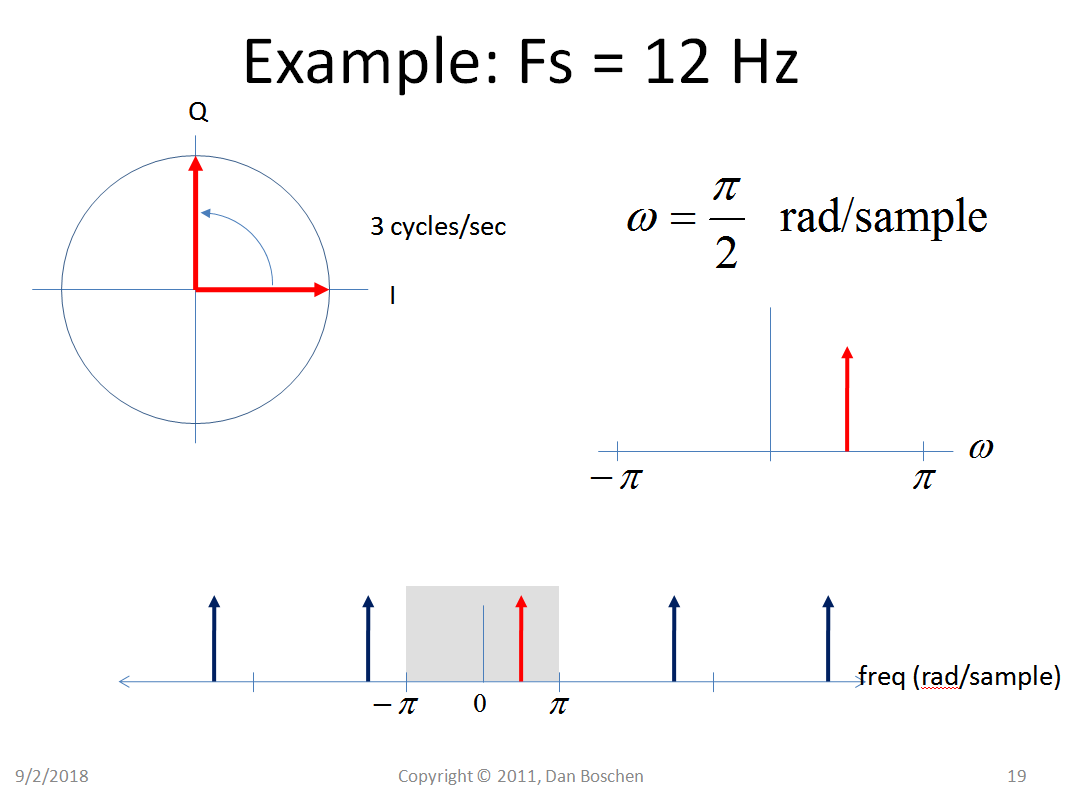 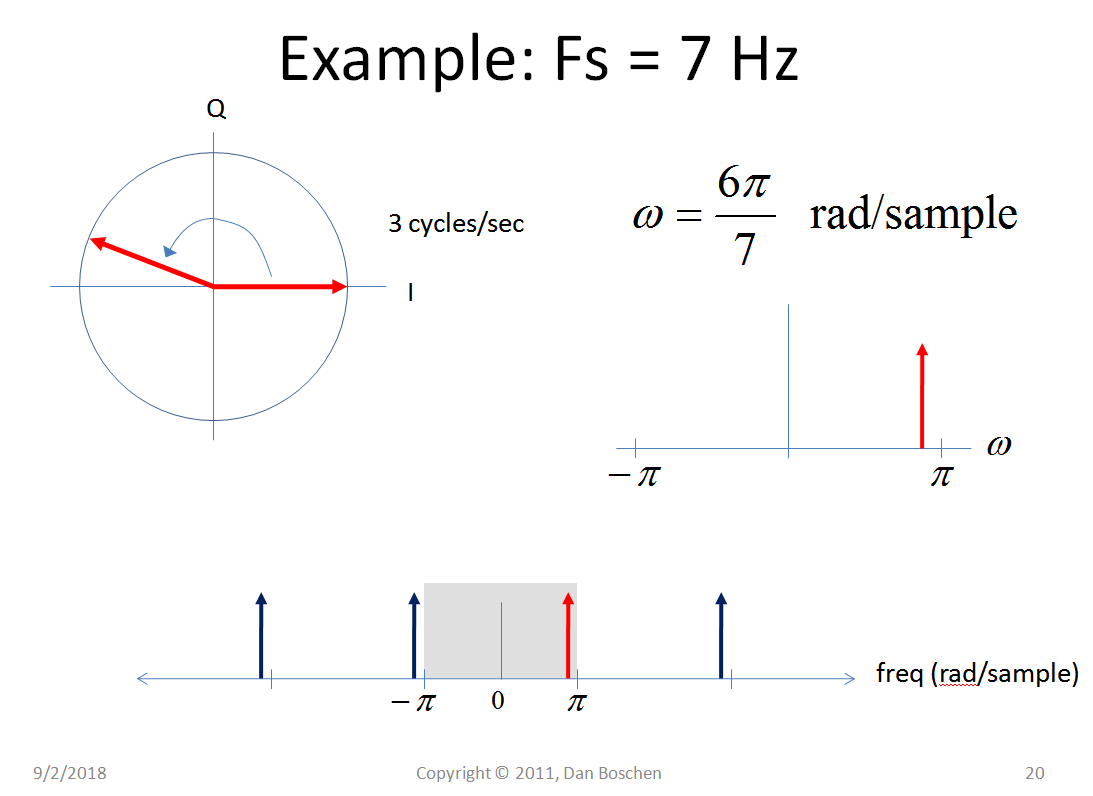 Woahh!!! What happens here??? Now we see aliasing as it really should be shown wrapping around from the positive to the negative frequency (rather than "folding" back in) but that is another topic! 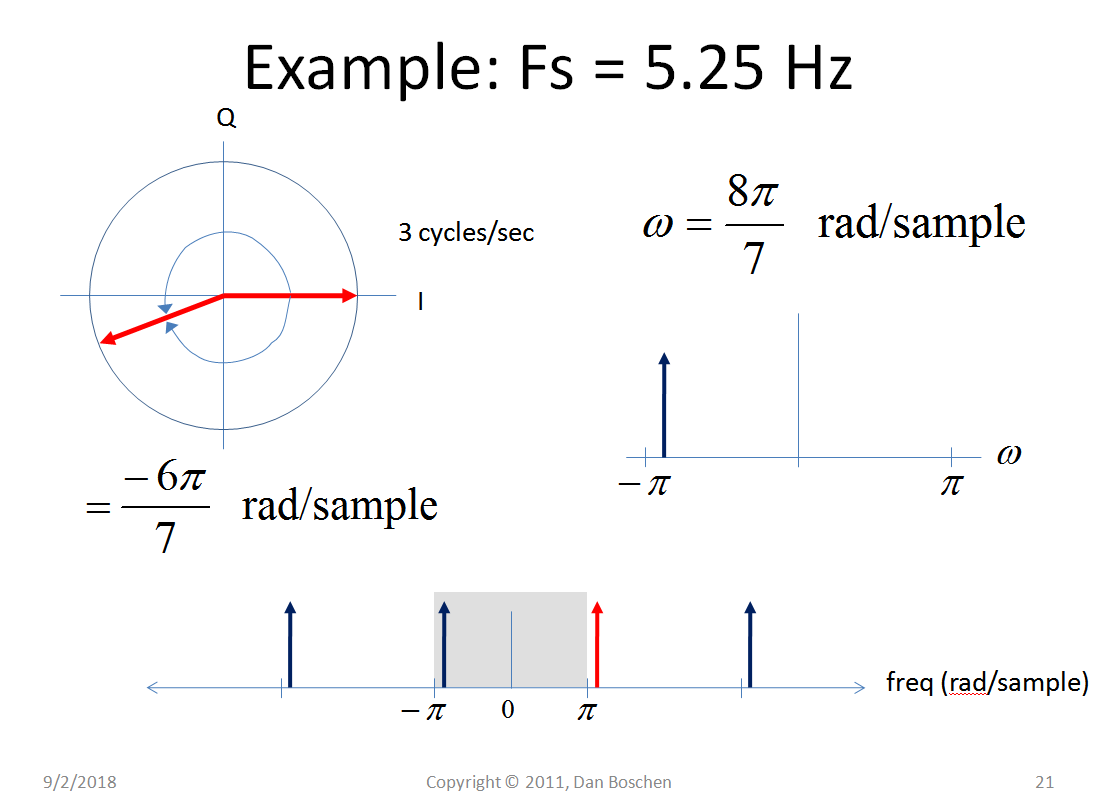 Your observation concerns signals (continuous or discrete in time), observed in the natural continuous frequency domain. My answer is: the discrete ones are not restricted to $[0,2\pi]$, they are defined elsewhere. But with a regular sampling, their spectra become periodic, and thus it suffices to define them on $[0,2\pi[$ only.

Not the answer you're looking for? Browse other questions tagged fourier-transform frequency-spectrum frequency frequency-domain fourier-series or ask your own question.

12
What is normalized frequency

1
Why Fourier series if Fourier transform can be calculated for both periodic and aperiodic?
8
What's the meaning of a complex zero/pole?
0
Why are all real frequencies located on the Imaginary axis of the s-plane. I'd like to understand intuitively why this is true?
1
Why is the size of results from FFT half the size of the input, while that is not the case in image processing?