A signal is just a 1D image. So if you can make it work for images, why not for signals? Pun aside, discrete wavelets combine multiscale smoother and differential operators, so they are been used as trend and singularity detectors for a while. Wavelet coefficients can be turned into feature vectors, directly or by condensating them across subband. For instance, wavelet subband coefficients are often believed to follow generalized Laplace-Gauss model distributions: $$A_{\alpha,\beta}\exp{\left(-\frac{|x-m|}{\beta}\right)^\alpha}\,.$$

The following coefficient histogram is for instance obtained from a stationary wavelet decomposition on a seismic signal (source: A Primal-Dual Proximal Algorithm for Sparse Template-Based Adaptive Filtering: Application to Seismic Multiple Removal) 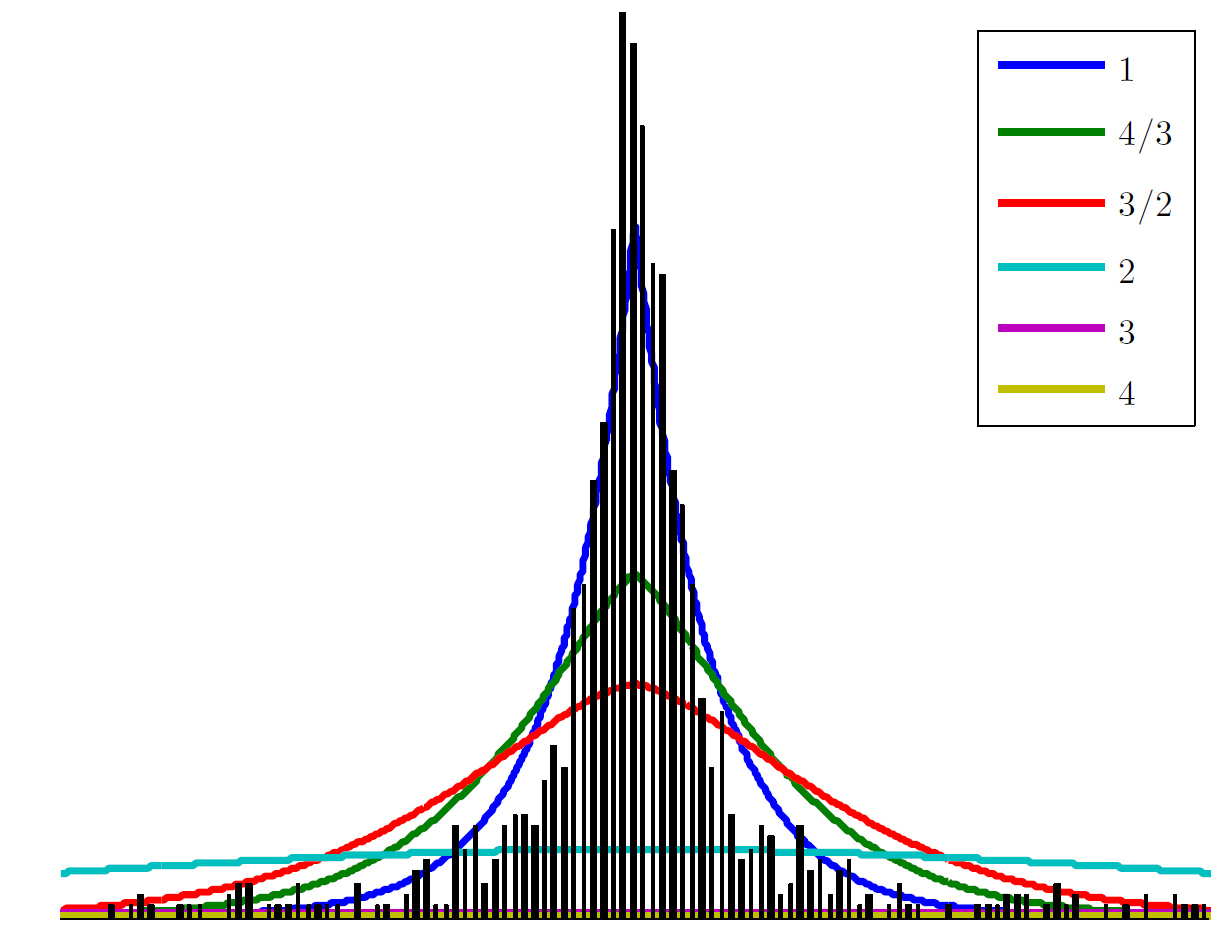 And you can form a vector of subband features with estimated $\alpha_j $ and $\beta_j $ at each scale $j$ for classification. Using stationary wavelets adds some shift invariance (see Difference between “equivariant to translation” and “invariant to translation”). Then, wavelet coefficients can be used as time-frequency anchors as in the Shazam music matching technique (An Industrial-Strength Audio Search Algorithm), or the deep-learning mimicking technique from the scattering wavelet transform developed by S. Mallat and coauthors.

Why does this make sense with (stationary) wavelets?

3
Is R suitable for digital signal processing
1
How to extract features from nonstationary signal using SVD (singular value decomposition)?
1
Why are wavelet transforms (Multi Resolution Analysis) used more in practice for compression rather than Fourier series?
0
Time series forecasting on dsp embedded systems
1
Computational burden of EMD/Huang-Hilbert vs wavelet
3
Real-time wavelet decomposition and reconstruction for ECG feature extraction
2
EEG signal processing with wavelet or fft?
0
Can i represent a Time series signal as a spectogram image with desired shape