In signal processing class we keep learning about how it's so useful to bring things into the frequency domain instead of the time or space domain but I'm very confused about what the motivation is or what the frequency actually corresponds to when it comes to arbitrary data. 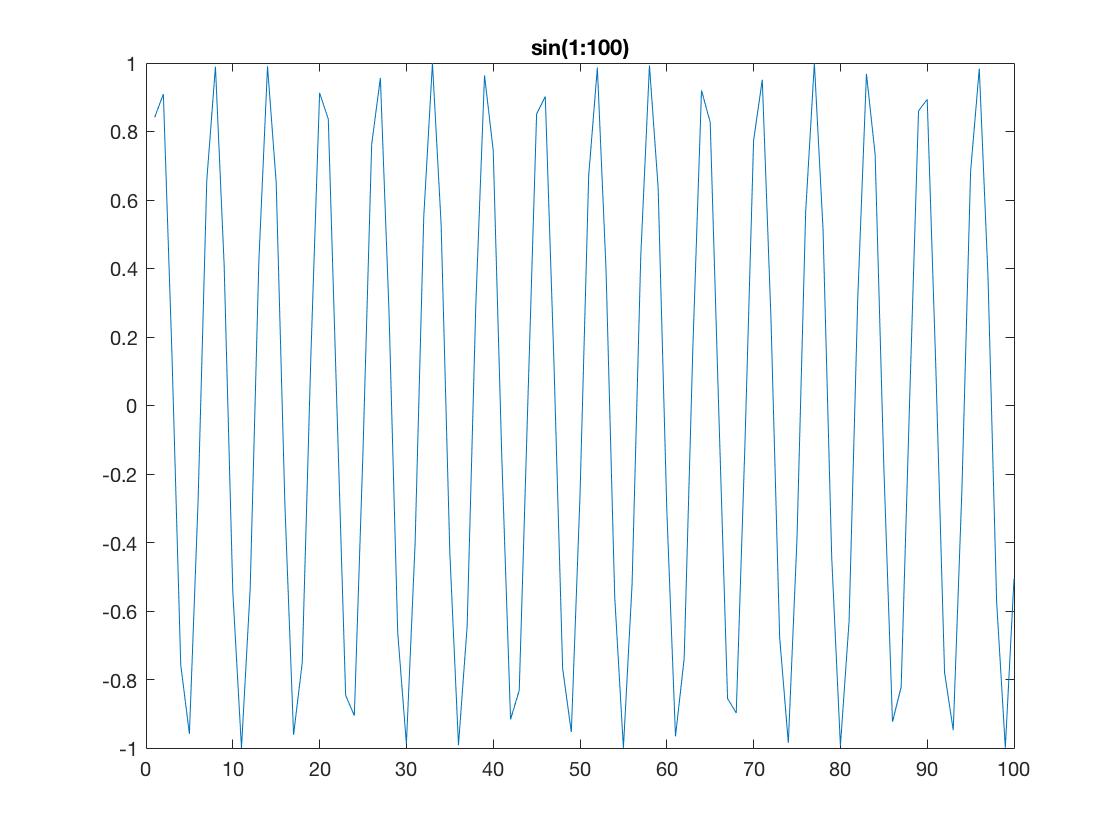 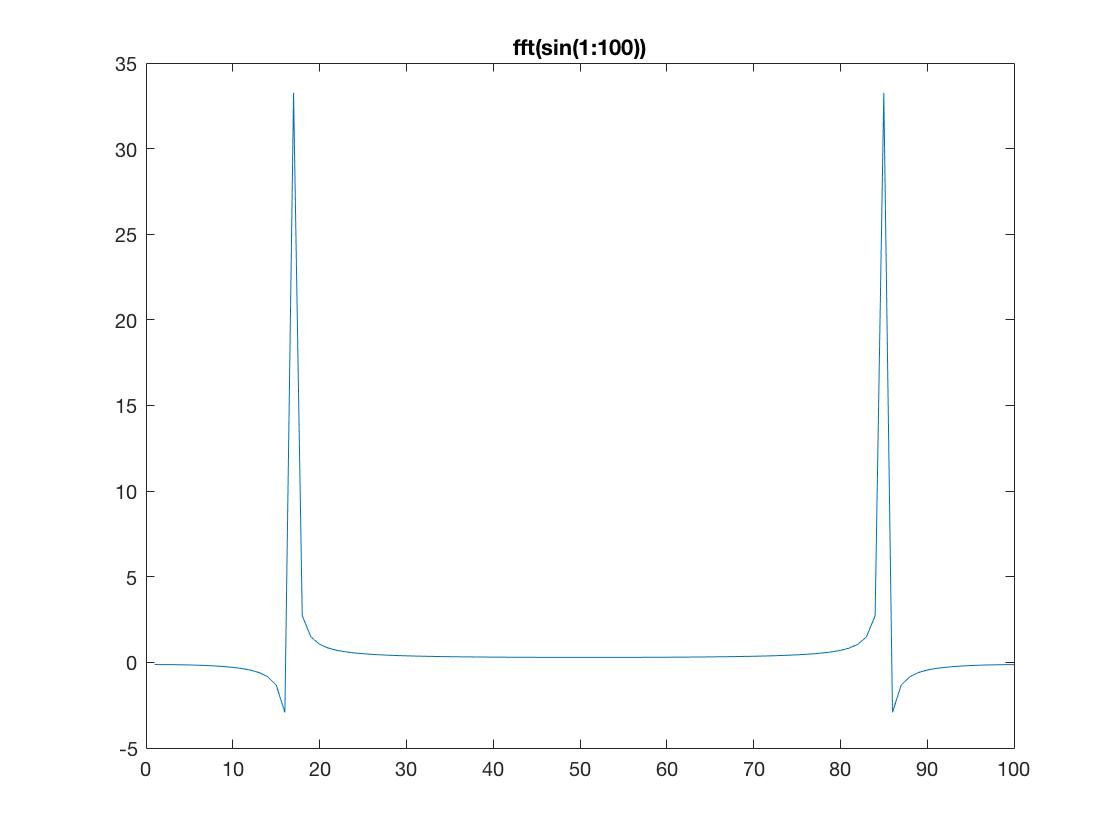 What useful information do I get out of the FFT of this function or in general, any function? And for some arbitrary data set like this (not corresponding to sound, pixels, etc.) how should we interpret the frequency?

Eventhough I cannot really get the exact point of your confusion about the concept of frequency and its use in engineering, let me describe it like this.

Space, time and mass are fundamental constructs that we use to measure and describe physical events and objects using their length, volume, speed, duration and position etc...

When you want to describe a rotating wheel, then time duration of a single rotation is termed as a period; $T_0$ in seconds, as the event is periodic in nature, i.e., it repeats in time, ideally forever if not disturbed.

While the period of the rotating event is a sufficient descriptor of it, another very useful and equivalent descriptor is given by the number of rotations per unit time (such as a second), which is then called the frequency, $f_0$ Hertz (Hz.), of the event, which indicates and quantifies its repetition rate.

Period and frequency of spatial events are also described similarly but using meters for the unit of period and cycles per meter (cpm) for the frequency instead. Sub-units such as cycles per centimeter, per millimeter etc. can also be used. Period of a spatial periodicity can also denoted as its wavelength eventhough it's more suitable for traveling or standing waves at a velocity v.

Note, fundamentaly, that eventhough time and space are physical objects (constructs), the concept of frequency is a purely mathematical one. The importance of the frequency becomes more clear as modern mathematical inventions such as Fourier's theorem and later linear system thoery become ubiquitous devices of engineering and science.

First came Fourier's theorem (Fourier series) which stated that any periodic continous function (signal) can be expressed as a weighted sum of periodic and continuous sinusoids. The theorem extended to include those non-continuous periodic signals (such as periodic pulse trains) as well. Fourier's theorem is later mathematically modified by Dirichlet conditions to be consistent with the rest of the body. Then It's further generalized into continuous and discrete Fourier transforms so that it coulds be used to analyse even more practical signals which are not even periodic.

The main concept is that a periodic signal of fundamental frequency $f_0$ can also be expressed as a superposition sum of harmonic family of sine waves. So this provides the tool necessary to analyse signals by frequencies. What comes next is to analyse systems by frequencies?

So, together with the Fourier's periodic decomposition and linear system theory based eigen-function properties of systems, engineers have a very fundamental method of analysis and design of practical systems.

That explains why concept of freuqency and its methematical extentions to CFS, CTFT, DTFT, DFS, DFT (FFT) are so important, usefull and versatile for modern engineering work.

That being said, nonlinear systems and transient system analysis is also as important (but more difficult) and sometimes even more important than the steady state, frequency based analysis of linear systems.

Remember that in this context, the domain refers to the abscissa ($x$-axis), along which some hopefully meaningful values are made explicit. In the time domain, the meaningful value is the amplitude of the signal. This $y$-axis value provides a measure of "how much of a something" we have at this particular time. This can be a voltage (in Volts), a temperature, or something with arbitrary units, as in your case. This measure is quantitative in many cases. Yet it should be taken with caution: its value is not something with absolute precision as it should be interpreted within the context (rounding, quantization, scaling, etc.).

Going into a frequency domain means that the novel abscissa will be indexed along some specific frequency index. Many students, novel to the field, mistake this axis representation, and try to read frequency along the $y$-axis.

So at each tick of the novel frequency $x$-axis one can read an amplitude related to "how much of this frequency" is present in the signal. In other words, still in a loose sense: if the signal were to be represented as a weighted sum of sines/cosines, the sine/cosine with that peculiar frequency would have this amplitude for its weight.

But warning: with any frequency transform, the amplitude at a given frequency should be interpreted within the context, as said before: the FFT for instance assumes a certain discretization of frequencies, the computation over a finite signal yields artifacts and variations with respect to what is theoretically expected. In your case, for accurate interpretation, several bits are missing: rescaling the $x$-axis with respect to the sampling frequency, amplitude normalization, management of the apparent symmetry related to the signal being real, and possibly taking an absolute value.

126
What does frequency domain denote in case of images?

0
How to get the data (pointwise frequency, amplitude and phase) in a FFT performed on ImageJ?
2
Pitch perception - Why does our ear not directly detect the missing fundamental frequency?
1
Interpretation of fft plot
0
FFT of shifted image in Numpy
0
What does frequency weighting an acceleration signal mean? And How do I frequency weight the raw acceleration data collected?
1
Should i normalize FFT signal with z-score?