Is $\arctan(t)$ an energy or power signal?

Is the function $\arctan(t)$ an energy or power signal? I've tried working out the integrals for energy and power but I get stuck on both. 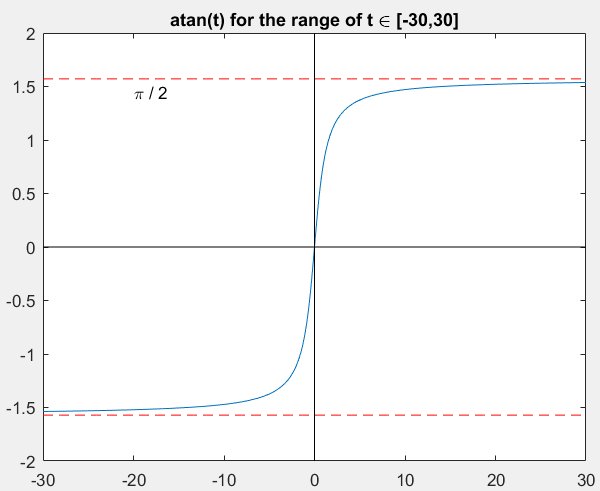 Based on this, its values are bounded for all $t$. Yet, since the intergal of its square is unbounded, then it cannot be an energy signal;i.e.,

Moreover the average power of this signal is nonzero and finite, hence this is a power signal;i.e.,

To evaluate the last integral, use the following MATLAB figure to see that 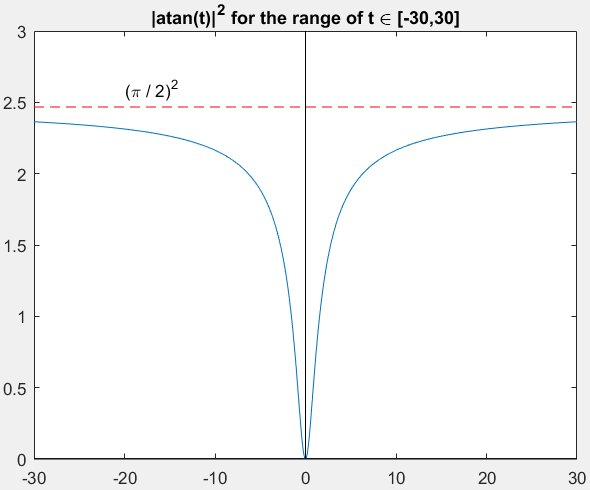 The question is: is it energy/power or not? So you can hope to answer without computing the exact value (if it exists). I'd advocate that in a more generic case, it is interesting to develop a methodology. In signal processing, as in all domains of science, it is enriching to develop in the following order:

Let us first use our observational skills. The function is anti-symmetric, and energy or power use absolute values. They are thus symmetric. So we can just look at one side, for instance $[0,+\infty[$. The function is - continuous: so bounded integrals on $[0,+T[$ exist. - increasing: so bounded integrals on $[0,+T[$ are increasing, hence finite or infinite. - bounded: the graph takes its values in $[0,+\pi/2[$.

So we don't have problems at zero, and only at infinity.

The function $\arctan$ almost (for $t$ positive, and high enough) behave like $f(t)=1$ (increaningness is important). So in average the interval is likely to converge (to something positive, not infinite), and not on the whole span. So likely, the function is power, but not energy. By the way, asking for being energy or power is often a sign that the answers may differ.

So we don't have problems at zero, and only at infinity.

Fourth: computations I won't add much to preceding answers. To tell an integral from zero or infinite, you can bound it by below and above. $\arctan(1) = \pi/4$, thus for $T>1$, using the important increasing property:

With or without dividing by $T$, you can answer your question.

Fifth: there are three types of mathematicians: whose who can count, and those who can't

A lazy but cumbersome approach is to check whether $\arctan$ has a useful primitive form. And it does have one (see $\arctan$ table for instance)

Even if you could have stop before, because we already have the answer, I strongly believe it is always useful to improve your skills by:

First, for the above primitive, setting $C=0$ is ok to evaluate $F(T)-F(0)$, and factorizing by $T$ easily confirms the above assumptions.

Second, you can discover an intersting rule for primitives/integrals of inverse functions:

In mathematics, integrals of inverse functions can be computed by means of a formula that expresses the antiderivatives of the inverse $ > f^{-1}$ of a continuous and invertible function $ f$, in terms of $f^{-1}$ and an antiderivative of $f$. This formula was published in 1905 by Charles-Ange Laisant.

which also has a nice "pure graphic version" (aka: proof without words): 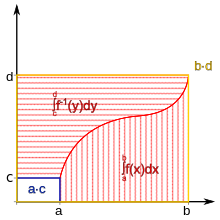 Not the answer you're looking for? Browse other questions tagged continuous-signals signal-power signal-energy or ask your own question.