This signal uses Offset QPSK with a half sine pulse shaping filter for the purpose of getting a constant signal envelop. Does anyone know the exact bandwidth of this signal after being pulse shaped, i.e. the nul to nul bandwidth of the main lobe?

And pasted the plot below. 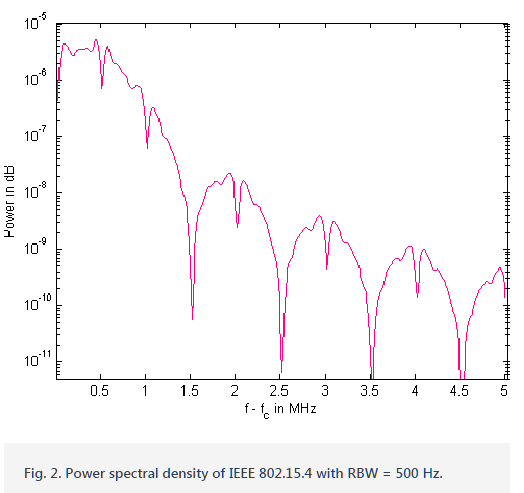 This is consistent with what I would expect for a half-sine pulse-shaped pulse for a symbol rate of 1 MHz (and that would apply to BPSK, QPSK, OQPSK etc where the power spectrum for a random data sequence is the Fourier Tranform squared of the base pulse that is transmitted.). In Offset-QPSK the I and Q channels can be viewed as two independent (in data content) BPSK transmissions, in quadrature, offset in time by half a symbol. Thus each produces an independent but identical power spectrum that adds in power. 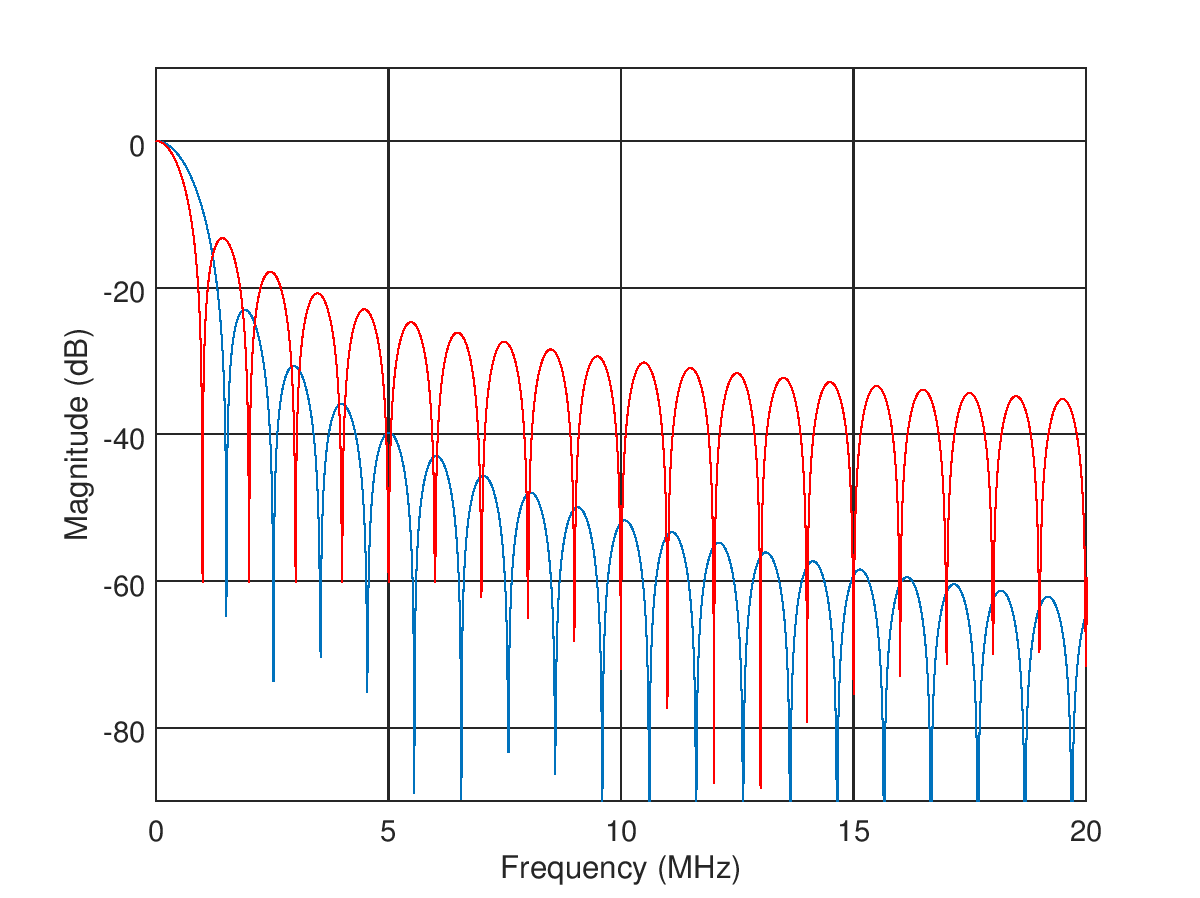 This clearly is not as good as that which can be achieved with more spectral efficient pulse shaping such as raised-cosine shapes but offers the significant advantage to low power systems of being a constant envelope modulation when used in an O-QPSK modulation. In this case we are able to drive the power amplifier (PA, which typically dominates power dissipation in the transceiver) into saturation without introducing AM/PM distortion. In saturation the PA can operate at a much higher efficiency (Tx power radiated at a given DC power in).

I think that your confusion comes from your definition of bandwidth as the mainlobe width of the pulse. In this case it's always the rectangular pulse that wins because it has the narrowest mainlobe. You get the same with windowing for spectral estimation: a rectangular window has the best resolution due to its narrow mainlobe, but its sidelobes are large and decay at a slow rate, so you'll have a lot of leakage.