How can I determine the order of filter?

This is my first study about signal analysing. I'm very confused about filter order. My problem is how can I know whether its 12-th order, or 2nd order like the book says so? I already knew that slope has 2 choises whether its in n multiples of -6n dB/oct or -20n dB/dec. If the slope is -20 dB/dec then the second order should have -40 dB/dec. For example, An n= 4th order is 24dB/octave slope. But, I saw this example below and pretty confuse about determine the slope of those two line and how can the first line is 12-th order. Its not like the slope reaches -240 dB/dec (-20 x 12) and the second line seems not like -40 dB/dec (-20 x 2). Is there anyone could explain this to me? Thank you. 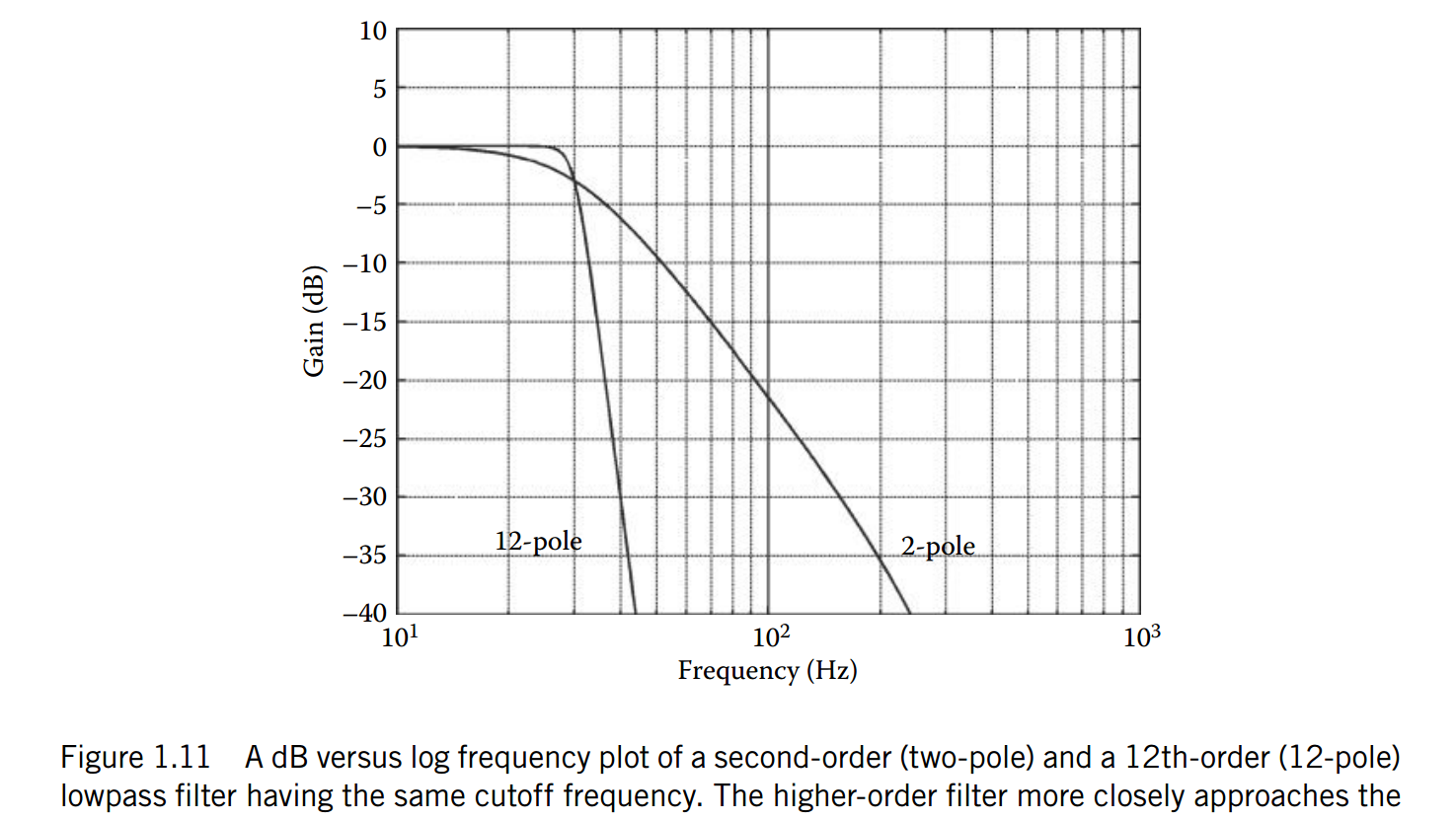 For the given figure you could do the following. For the second order filter, look at the attenuations at $f=10^2\textrm{Hz}$ and at the next vertical line, which corresponds to $f=2\cdot 10^2\textrm{Hz}$. The ratio between those two frequencies is an octave, and the difference in attenuation is approximately $-22-(-35)\textrm{dB}=13\textrm{dB}$ (should be $12\textrm{dB}$).

Not the answer you're looking for? Browse other questions tagged filters frequency lowpass-filter continuous-signals poles-zeros or ask your own question.

16
How to write lowpass filter for sampled signal in Python?
2
Frequency domain confusion
1
How to calculate the delay generated by a 2nd order all-pass filter
0
Calculating filter coefficients of a Moving average with error correction
1
Reverse engineering a digital filter
1
What is the step response curve of a second order low pass filter? And what if it is set for resonance?