Sorry that I created a new question about OFDM, but I donät have enough reputation to comment on other questions.

I have read all the topics here and I have some doubts.

1) I found in the book that If a system has a low symbol rate then --> negligible ISI. Why? I have thought about it. Maybe because of that the system, in this case, has a longer symbol.

2) A cyclic prefix redices data rate. How can it be improved?

This is because intersymbol interference is caused by dispersion in the channel (assuming properly designed pulse shaping filters such that there is no "native" ISI in the waveform itself). This dispersion can be caused by analog filtering or over the air multi-path as illustrated in my graphic below: 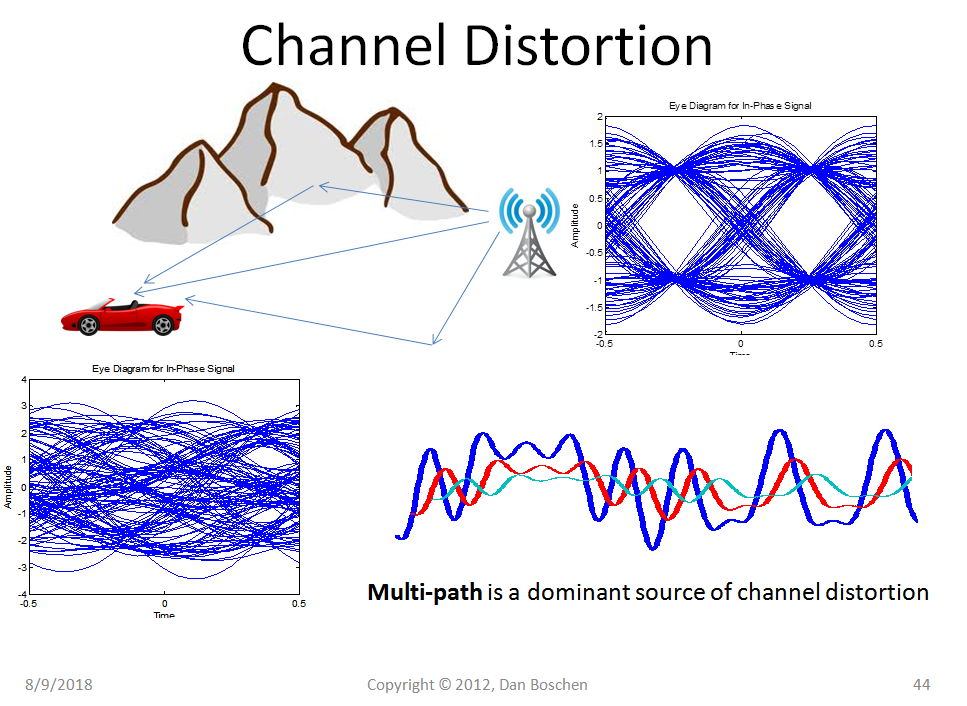 For the case of multi-path, the multiple transmission paths result in a "delay spread". According the the reference in the next graphic, for the macrocellular systems the typical delay spreads are: 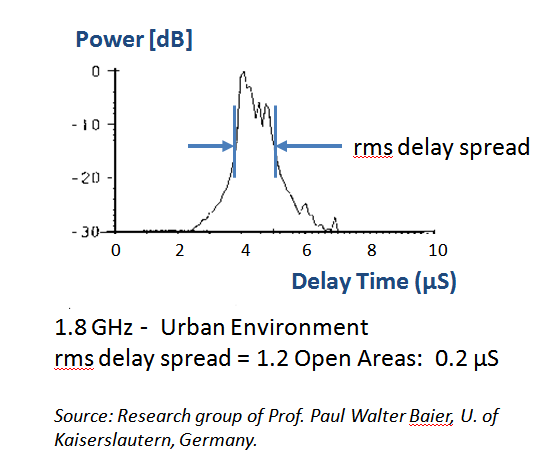 When the symbol duration is significantly longer than the delay spread, there is minimum interference from one symbol to the next, but if the symbol duration approaches the delay spread, the interference will be significant! For a multipath case resulting from multiple replicas of the same waveform arriving at different times, this can be corrected with equalization. For the case of OFDM, we are actually converting the waveform into independent channels of significantly longer duration, thus solving this issue. The cyclic prefix allows a guard interval to eliminate the intersymbol interference from a previous OFDM symbol. To achieve this, the cyclic prefix must be at least as long as the delay spread of the channel.

Not the answer you're looking for? Browse other questions tagged ofdm or ask your own question.

12
How is symbol synchronization with OFDM done?
2
Apply AWGN noise to QPSK-OFDM symbol
2
How to calculate bandwidth require for OFDM
2
Number of samples in one period of subcarrier after IFFT
1
OFDM sensitivity to sampling time offset (with half of time interval between samples)
0
OFDM RF signal waveform
0
A Practical Method for Correcting Phase Errors in a Transceiver System Comprising of OFDM + DUC and DDC
0
what is OQAM (Offset QAM) and why it is required?
1
What is the difference between a guard band and a cyclic prefix in OFDM?