How Can Telecommunication System Know Which Part Is Signal and Which Is Noise? [closed]

To elaborate on MM's answer just a little bit. Unless the receiver has some sort of expectation of the nature of the signal there is no way to tell. With an expectation (for instance a pure tone), only a best estimation can be made with the rest assumed to be noise. With something like serial communication a voltage past a threshold is considered a "1" and no (or low) voltage is considered a "0". In noisy channels, parity bits (or error correcting codes) are used to ensure "what was sent". There are many possibilities, but the receiver has to know the nature of is being sent, which seems to be the answer you are fishing for.

They use estimation to figure out what was sent. Noise is everything random that disturbs that.

I agree with Marcus Mueller, the receiver doesn't know. It uses a decision rule that was designed to minimize the probability that an error occurred in the received message given known and assumed characteristics of the signals that transport the message and the known and assumed characteristics of the noise. Noise can be many things, including other interacting transmitters and receivers.

The receiver doesn't know. It makes a "best" guess. The transmitter doesn't know if the message was received either. In many circumstances, feedback can improve the probability that messages have low probability of error.

There are other kinds of channels outside of this model such as the erasure channel where messages are lost between transmitter and receiver. 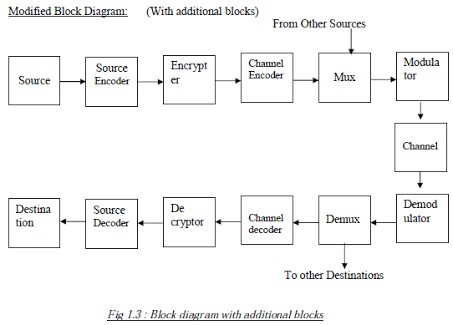 Your question is too general, you need to specify a few and ask a targeted question but this doesn't mean that your question isn't good, so let me give you an answer to your question. You question concern the signal postprocessing and processing parts of a telecommunication system (transmitter and receiver). In the receiver channel, we found many components like LNA(Low Noise Amplifier) and then we find filtering operation to keep the desired frequencies. Pulsed radar, for example, use the matched filter (correlation) to detect the targeted signal in a noise Hope I gave you a good answer Good luck

Not the answer you're looking for? Browse other questions tagged digital-communications noise signal-detection analog or ask your own question.

0
Is it possible that adding noise to a signal can increase detection possibility?
0
How to convert the mean and variance of a processed received signal into a SNR or BER?
5
How detect signal from noise?
1
How the white and colored noise differ in time domain
1
How can i know the full duplex does work from the Shannon's theorem?
0
How do we know the receiver delay in an OFDM transceiver system?
0
How can I objectively measure train noise from a sound recording?
1
How is signal to noise ratio actually measured by receiver equipment?
0
Doubt: Signal detection in noise Part 1
0
Concept of energy threshold