Ask Question
Asked 3 years, 6 months ago
Active 11 days ago
Viewed 8k times
1
$\begingroup$
This question already has answers here:
Why is the Fourier transform so important? (8 answers)
Closed 3 years ago.

I'm trying to understand what frequency domain is. I found general explanations on the Internet, for example:

But I could not find an example which shows how I can obtain the frequency domain graph using the formula of a signal.

The graphs I found are sometimes discrete like this one: 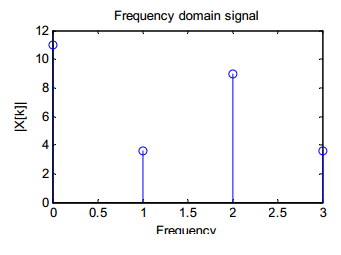 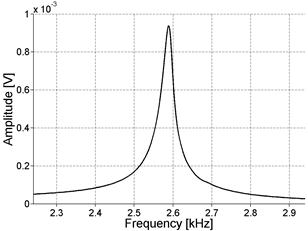 It's clear how to plot its time domain graph, But how can I find its frequency domain function or graph?

Should I apply fourier transform on it?:

Does plotting this new function give the frequency domain graph? (but it is complex valued, how can it be plotted?)

Or should I find the Fourier series of $x(t)$ and plot the series coefficients discretely? 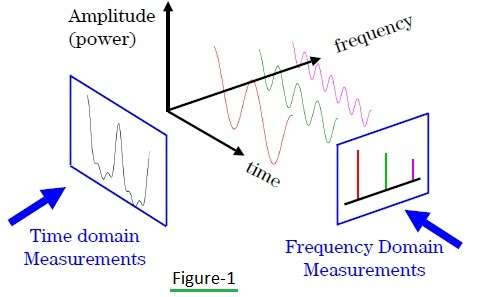 In simple terms, Image shown here speaks for itself.

Before speaking about Fourier Transform black magic lets understand idea behind it. Work of the Mathematician Joseph Fourier demonstrated any arbitrary periodic (this is important) signal can be decomposed into bunch of sine-waves at with their corresponding amplitude and relative phases.

Essentially, he meant basic component to build any signal is a sine-wave. In other words you can build any arbitrary signal exactly if you have information about how many different frequencies are present, amplitude of the each sine wave, and their relative phases. This job can be done by inverse Fourier transform. And as should be clear by now, Fourier Transform does the reverse give it composed time domain signal and it will tell you sine-waves amplitude for corresponding frequencies and there relative phases. Hence, the output is a complex. Which makes sense in polar co-ordinates, which gives you amplitude and phase.

E.G. When you strum a guitar strings, it vibrates at multiple frequencies with different amplitude which makes up a beautiful sound, otherwise you know how a single frequency sounds(watch this :https://www.youtube.com/watch?v=qNf9nzvnd1k). one with the highest amplitude is known as tone.

So, as you can see in the figure attached here, Fourier transform tells you exactly the same information.

For to obtain Fourier transform of the function you specified it should be function of time (t). So, I will just re-write your function above slightly differently replace x with t, since x(t).

Also, Take a look at this, http://www.thefouriertransform.com/pairs/rightSidedSinusoids.php

How can it be plotted?

Not the answer you're looking for? Browse other questions tagged continuous-signals frequency-domain audio-processing or ask your own question.

140
Why is the Fourier transform so important?
0
Are the frequencies a histogram in the frequency domain?

1
Fourier series - time and frequency domain confusion
8
How to Apply Window Functions in Frequency Domain?
0
How to effectively teach topic of frequency domain?
0
Fourier series in continous time domain
1
Interpretation of a sampled signal in the frequency domain
2
Uniqueness of Fourier Series Representation and the Fourier Transform of Periodic Signals
2
How to calculate a delay between two signals in frequency domain?
0
What is Imaginary in Fourier transform?
2
Help with obtaining the power spectral density of a simple continuous cosine (using both forms of the definition for PSD)
1
Steady state variance of a stochastic differential equation - relation between the frequency and time domains