I have been wondering about the implementation of timing recovery blocks in gnuradio. In literature, for asynchronous sampling, all that is needed are error detector (MM, ML, Gardner etc), a loop filter (2nd order), interpolation control (modulo-1 counter etc) and an interpolator. An example of a timing recovery scheme with ML error detector is shown below. I have two questions regarding the implementation in GNU Radio 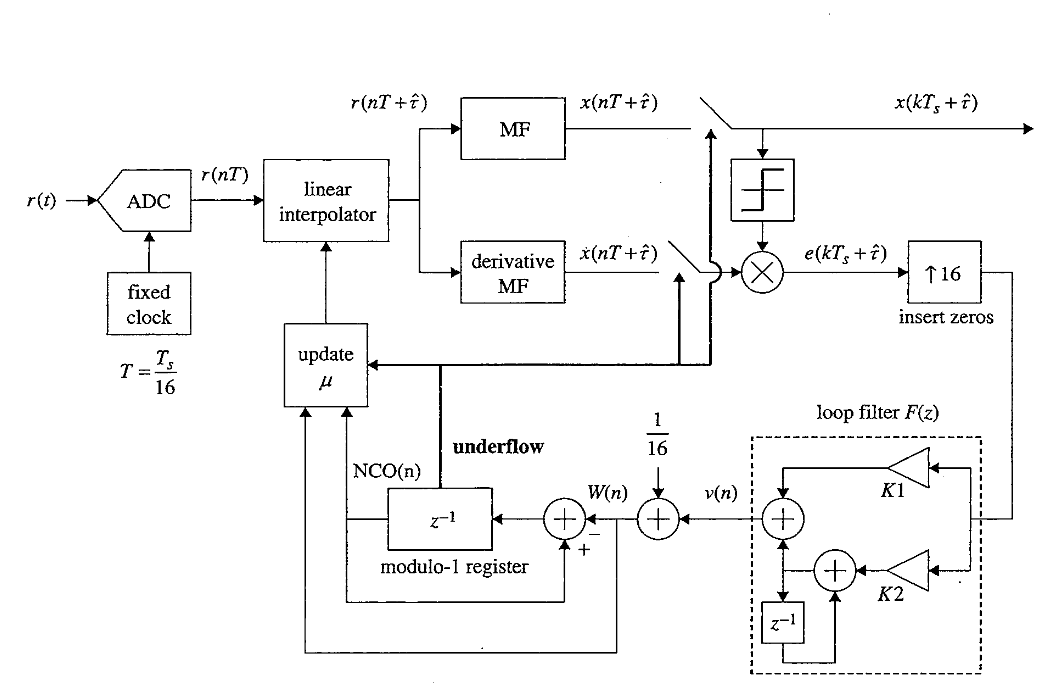 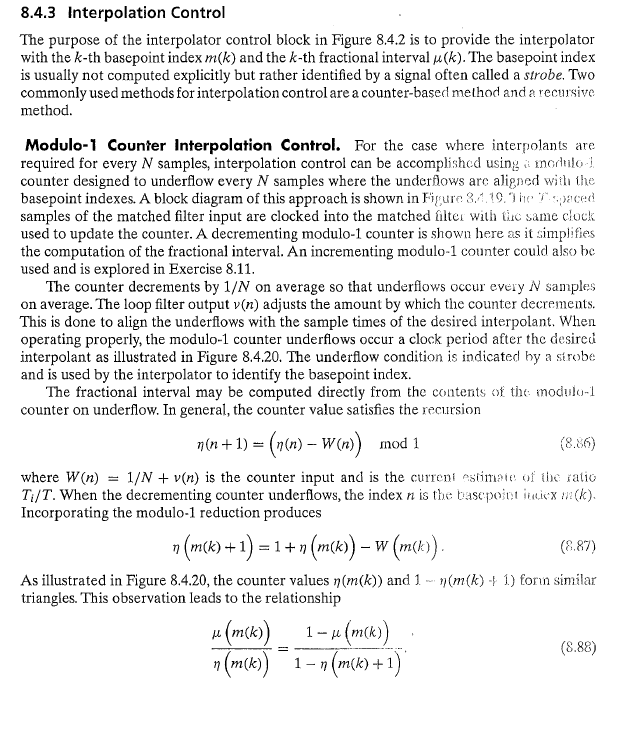 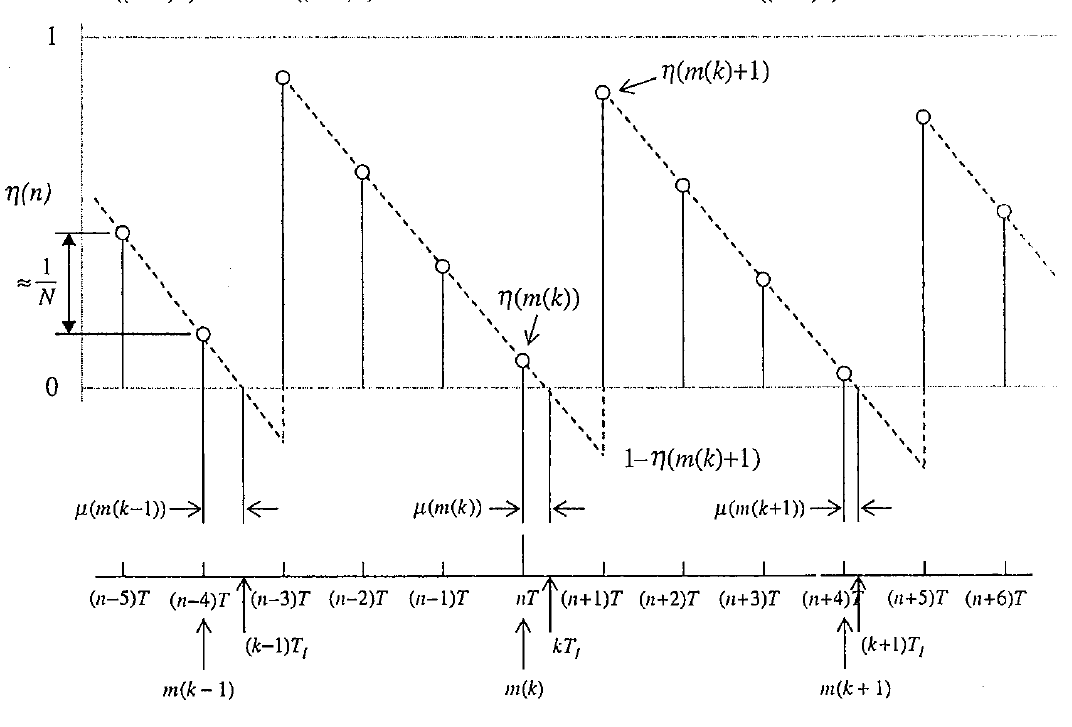 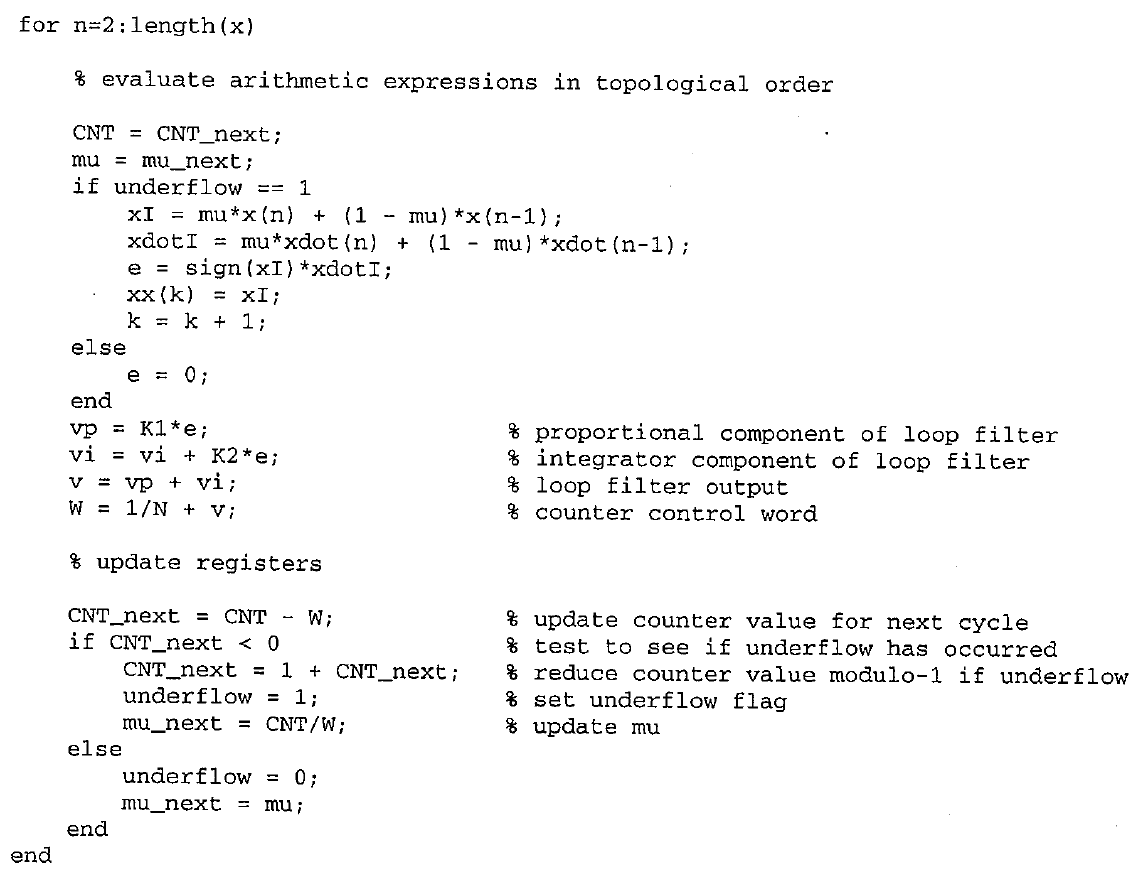 Now Michael Rice is considering a case of fixed symbol timing offset in this figure. So the loop is just finding the optimal clock phase after asynchronous sampling. Considering that he's using a second order loop, a simple mechanism of stuffing and deleting samples is needed to adapt it to a varying symbol timing phase offset. GNU radio code runs on real signals so it has to adapt to that symbol frequency offset plus any small random variations over a period of time.

Finally, a 3rd order loop would ideally generate a steady state zero error for a changing frequency offset (sometimes called drift) but not many systems encounter such a scenario with a few exceptions. Higher order loops are used less in practice due to more complex stability issues. See Gardner's book Phase Lock Techniques for details.

Not the answer you're looking for? Browse other questions tagged synchronization gnuradio pll or ask your own question.