I have access to the step response of a system and I want to find its poles and zeros without knowing the order of the system.

Consider an example of a step response of the system shown in the figure below. Here is the link to the raw data if someone wants to try it (https://pastebin.com/BpT4d9RW).

I want to build an IIR filter (with arbitrary number of poles and zeros) that has the same step response (or pretty close to it).

I have tried using the prny() function in MATLAB for that purpose, and the closest result I could get was the following. I am actually not sure what I am doing wrong here and if there are any considerations for using the prony() function that I am not aware of.

I would appreciate if someone can help me on correct use of the function OR can come up with some other approach that works. 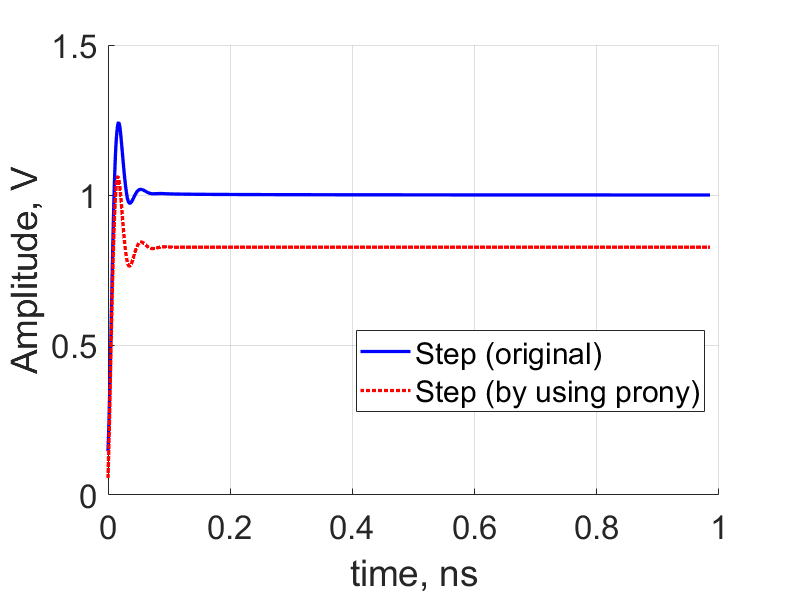 Please also note that the approach should be general enough to accommodate any type of step responses (over-damped or under-damped).

There are two problems here that need to be solved. The first is the delay of the measured step response, i.e. how many samples from the beginning you need to discard. This is critical in your example because you chose a second-order system to model the data, and such a system is not very flexible in adding or subtracting delay. Delay could be added by adding more zeros to the system, i.e. by increasing the order of the numerator. If you don't want that then you will need to optimize the delay of the step response such that it can be optimally approximated by a second-order system.

Not the answer you're looking for? Browse other questions tagged filters filter-design infinite-impulse-response poles-zeros step-response or ask your own question.