I am looking for a slim and with that quickly programmable image processing strategy to measure the distance between two circles over 360°. It is important to notice that the circles are not perfect, see Fig. 1. 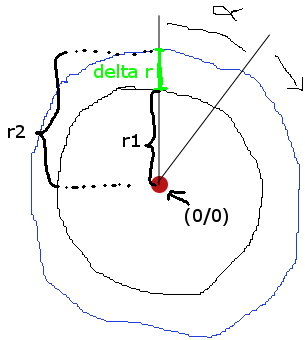 Fig. 1: Sketch of the circles

The application of this, so you can imagine the question a bit better, is: I have a cylindrical specimen with an radius r1(alpha) over the 360°, lets call the angle alpha. In the sketch it is the black circle. Now I would like to measure the thikness "delta r" over alpha of a slim layer on this specimen. In the sketch the thin layer is painted in blue.

I draw the circles in kind of paint style on purpose as in the real image I would draw the line where I think both rings would be and would then start with calculating/image processing. I know that it would be possible to detect the edge with some kind of edge detection algo. (eg. Canny), but I am looking for a slim and fast way of getting to my result.

The perfect result could look like this: A function which is an approximation of the black line over alpha and then another function for the blue line.

Here a slim idea I had: Drawing two perfect circles over both cirles and substract them -> delta r, but the made error might be big.

So my question (1) is: How would you solve this to get delta r over alpha? Thinking outside the box is welcome of course!

Question (2) is: I know that the circles I drew are - from a mathematical point of view - not described at each alpha -> so I guess an approximation of the circle is somehow needed. Any ideas how to approximate?

Edit 1: Here you can see a real pictures. For now I don't have the optical system set up, so I just took a photo with my smartphone. Assume the length of the picture in x direction as 40 mm so you have a reference. 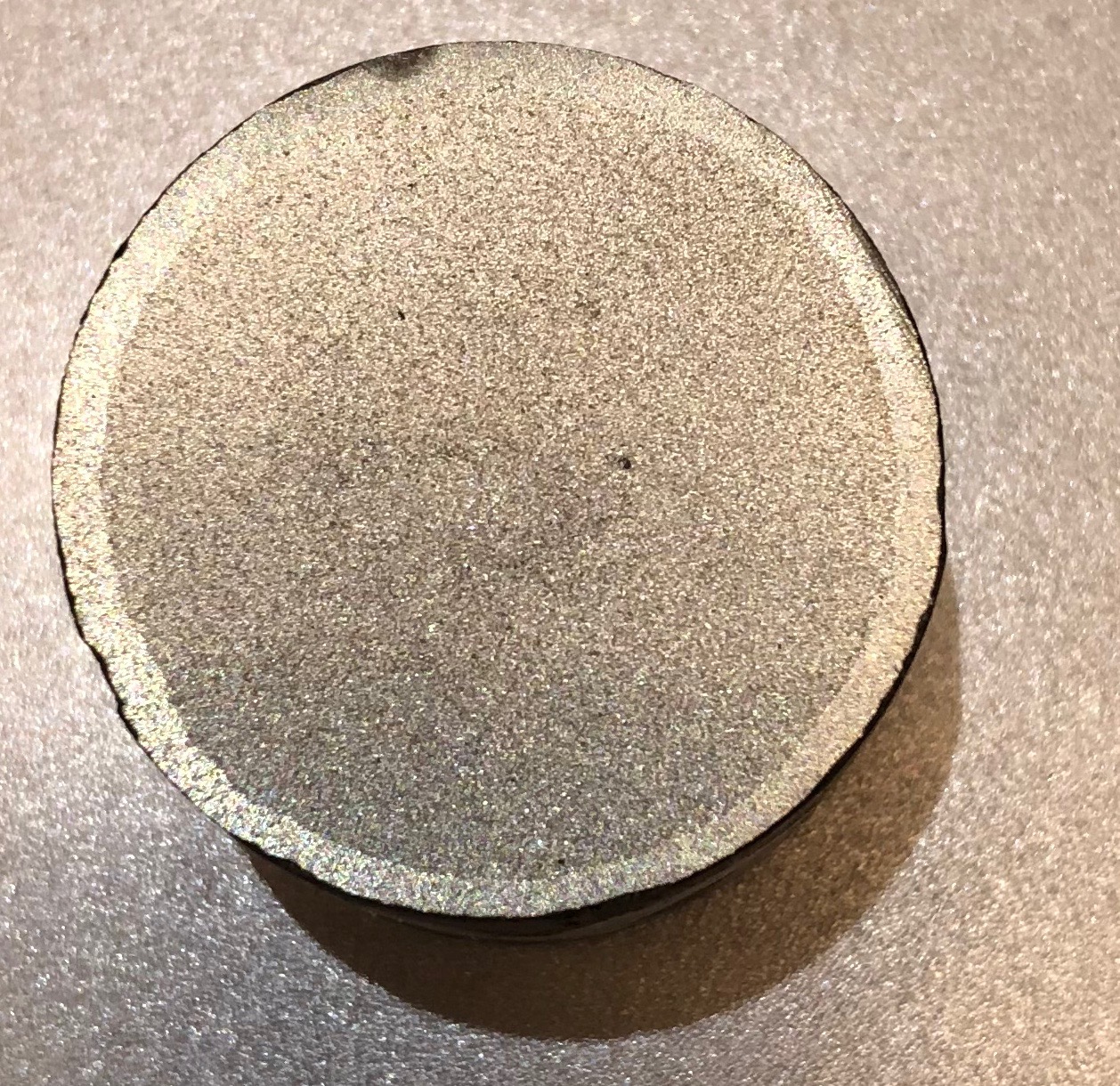 Fig. 2: Picture of the real specimen.

As @A_A said, it's a relatively straightforward problem once you've got good images.

Assuming you do have that:

Not the answer you're looking for? Browse other questions tagged image-processing math or ask your own question.

12
Calculating a homography based on detected lines
1
How to unify the color and brightness measure of two given camera?
0
Calculating distance between two blobs in a binary image in microns
0
How to measure distance between two 3d objects using cameras
4
What is different between Euclidean distance and the Geodesic distance?
1
Semantic Distance Measure Between Images