How to recover frequency and damping coefficient from superposition of damped oscillators?

I have a signal which is (more or less) the superposition of multiple damped oscillators. There are relatively few oscillators involved, 2-3 would account for most of the signal. They have periods which are not multiples of each other (ie not harmonics), and they all have different damping coefficients / time constants. They also are not necessarily in phase initially.

I would like to recover the periods, damping coefficients and phases of the oscillators from the signal.

A synthetic example of a signal like this can be produced by the following python code: 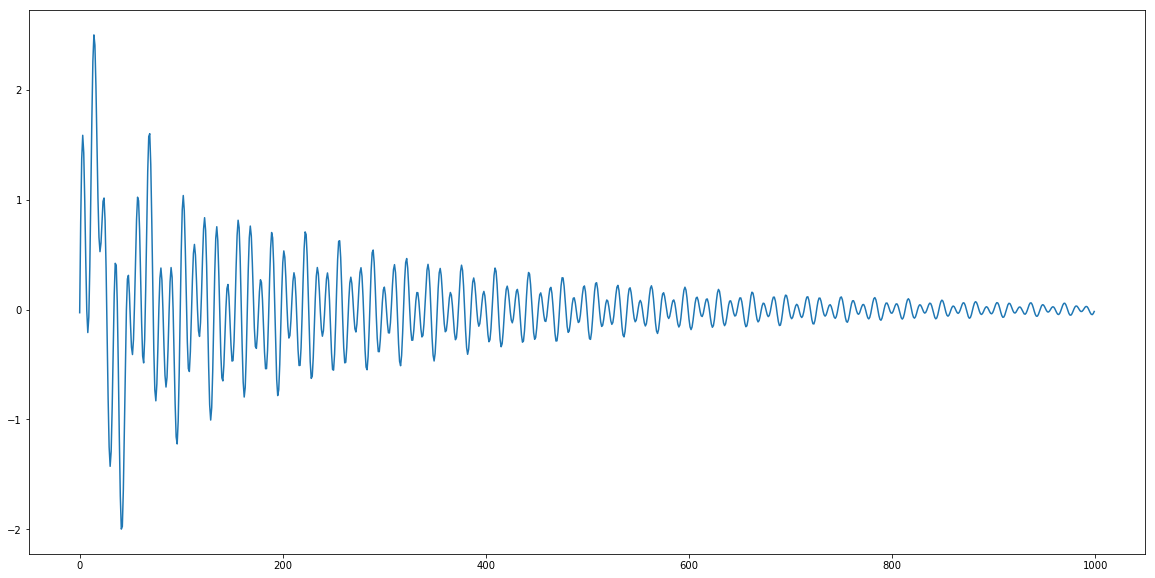 This looks pretty similar to the real signal qualitatively, including having some beat frequencies, and a pretty large initial low-frequency component.

This seems like a pretty common problem when analyzing a physical system with multiple coupled oscillators, eg a vibrating object with multiple resonances.

UPDATE Using direct curve-fitting works pretty well, even for strongly damped signals - depending on the choice of initial conditions, that is:

This recovers the largest-amplitude (but very strongly damped: time constant = 1 period) part of the signal. 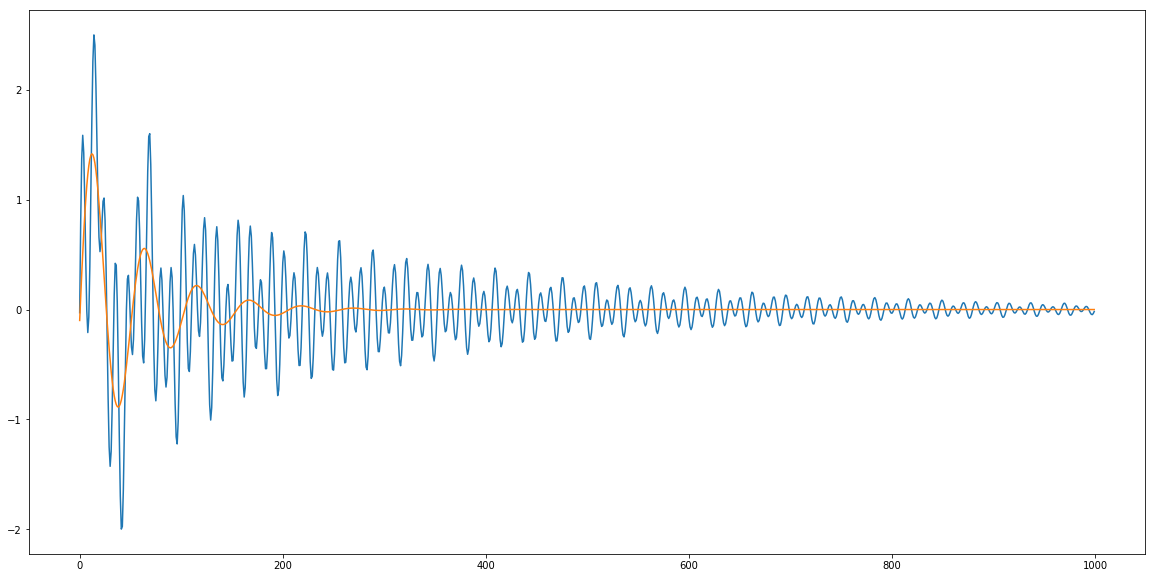 If you are absolutely sure that you have a signal that is the superposition of damped oscillators then you can simply track their evolution in time. 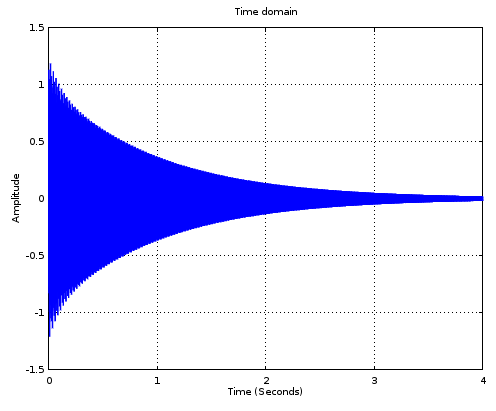 And via a Short Time Fourier Transform (STFT) (surf(stft(S))) it looks like this: 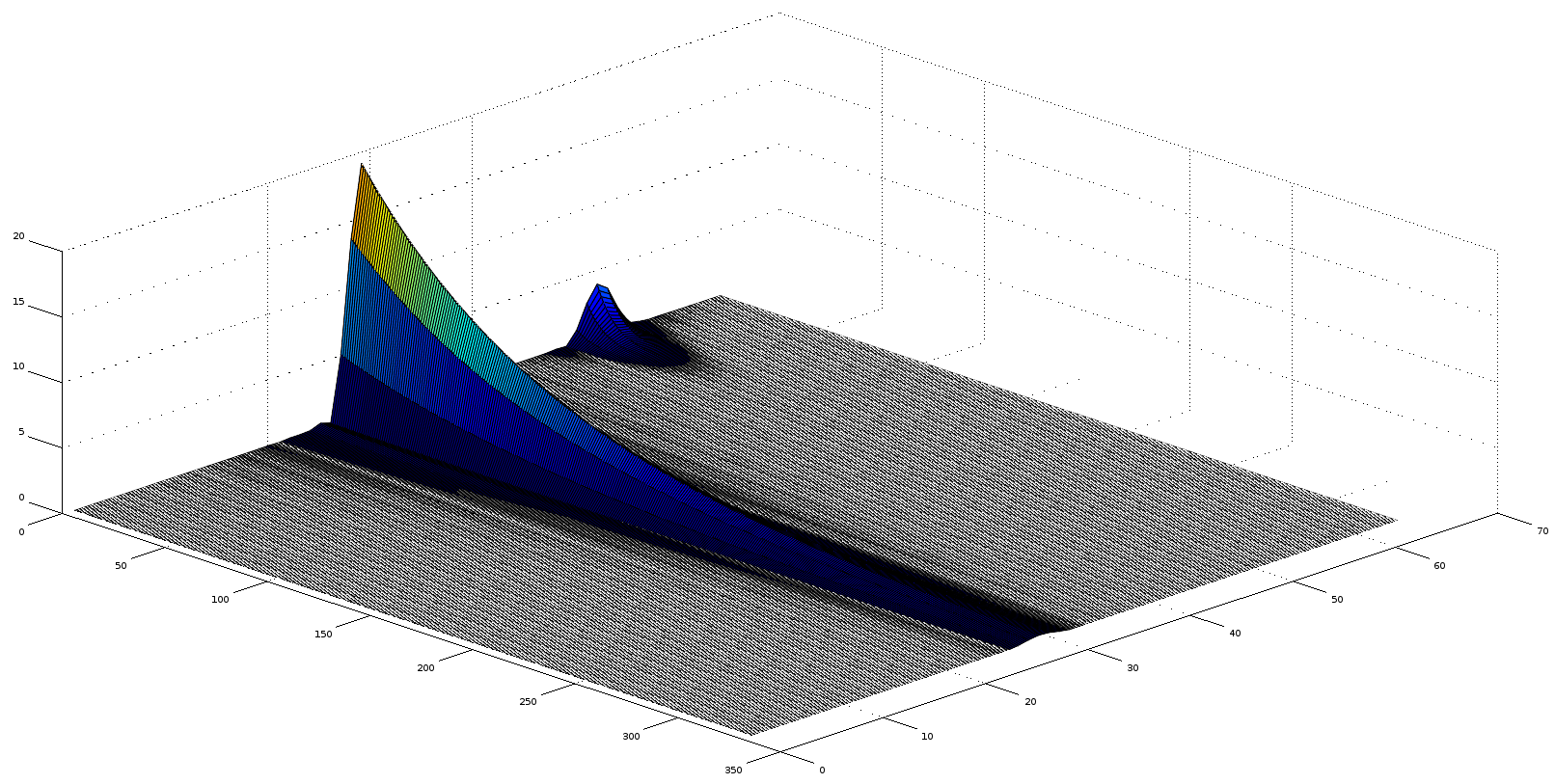 Granted, if you have beating frequencies, the task is getting a bit more challenging. For instance:

Would show up as: 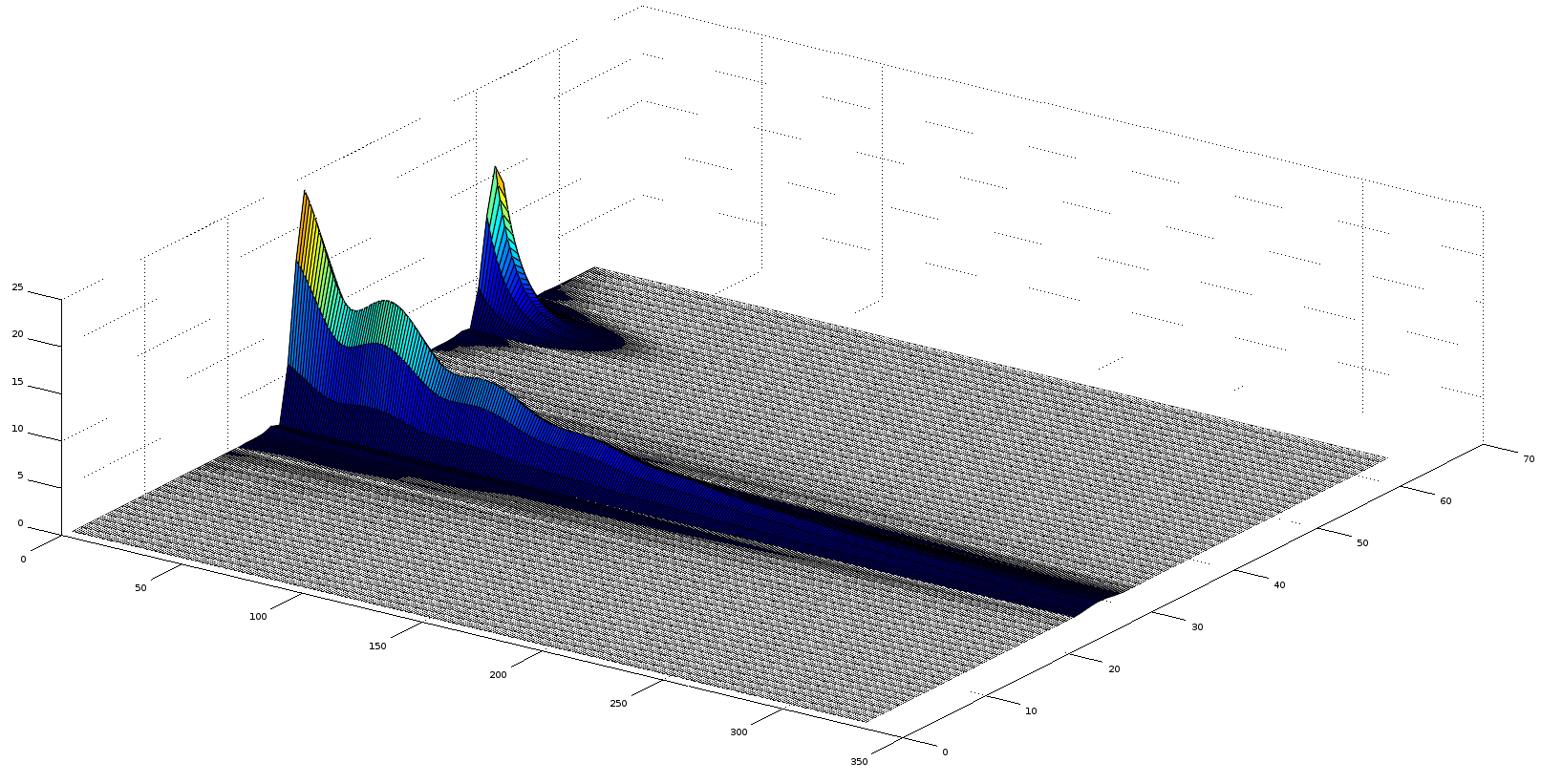 But once you see oscillations on the damped decay, you know you have beating and you can recover how close the beating pair is by measuring the beating frequency and how quickly it fades (to derive its decay).

In a similar way (i.e. using the STFT) you can also recover the phases of the sinusoids.

The STFT of the signal that was shared via pastebin is capable of distinguishing three components in this signal. This is as follows: 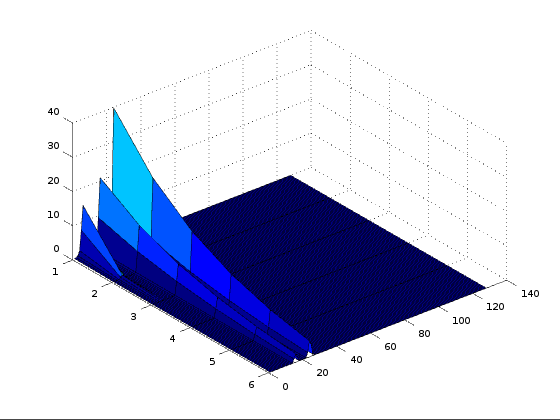 There is an actual group of methods that deal exactly with this: the so-called High Resolution Methods. They are based in covariance of the signal and are very efficient separing noise from sinusoidal signal recovering frequencya and damping factor (later, you can recover amplitude and phase with a least mean squares algorithm).

In particular, I recommend to you the Subspace Methods. The theory is pretty harsh, deeply based in Linear Algebra, but the results are spectacular. Two algorithms are particularly efficient: MUSIC and ESPRIT. In this link you can download MATLAB routines. You can search for Python implementations (I have googled Python ESPRIT MUSIC and found this repository).

I really encourage you to use these tools; the problem you can encounter when using STFT (as suggested in another answer) is that STFT cannot separate properly near frequencies; you would be forced to use big windows and you can face problems of modulations of amplitudes (which fake the damping factor).

I learned about these methods from Roland Badeau who did his thesis about this topic in the case of Music, but there are a lot of works about this methods.

which is based on Prony’s method. Matlab also has prony

Not the answer you're looking for? Browse other questions tagged signal-analysis oscillator or ask your own question.

0
Feature extraction for exponentially damped signals
1
Is there an analogy of the Fourier-decomposition in the Laplace space to decompose a signal to a few components?

1
How to get Instantaneous Magnitude for a Instantaneous Frequency From FFT?
4
How can understand periodicity of a Signal from frequency domain representation?
0
Measured signal from tachometer has ripples, why and how to minimize?
0
Get I and Q components from a signal (multple frequency signal)?
7
How to calculate critical damping of a system with two springs and a damper (or two springs and two dampers)?