Pitch perception - Why does our ear not directly detect the missing fundamental frequency?

My motivation for this question is related to biological phenomenon of our inner ear, so I initially posted in the biology community, but I suspect the answer has a DSP explanation, so I figured this might be a better place to get an answer.

I'm learning about pitch perception in an Intro to Music class right now, and learned about the case of the missing fundamental.

In the main image in that wikipedia page, it seems like in the bottom graph, with the fundamental frequency and its second harmonic removed, the wave is still very periodic at 100 Hz. Since the Organ of Corti has some area which should be excited when there's a sound wave of frequency 100 Hz, why does this soundwave, which seems periodic at 100 Hz, not directly excite that region of the organ?

(like, won't there be high air pressure every 0.01 seconds, which will sway that organ in some direction, and thus excite that region which is "resonant" for sounds at that frequency?) 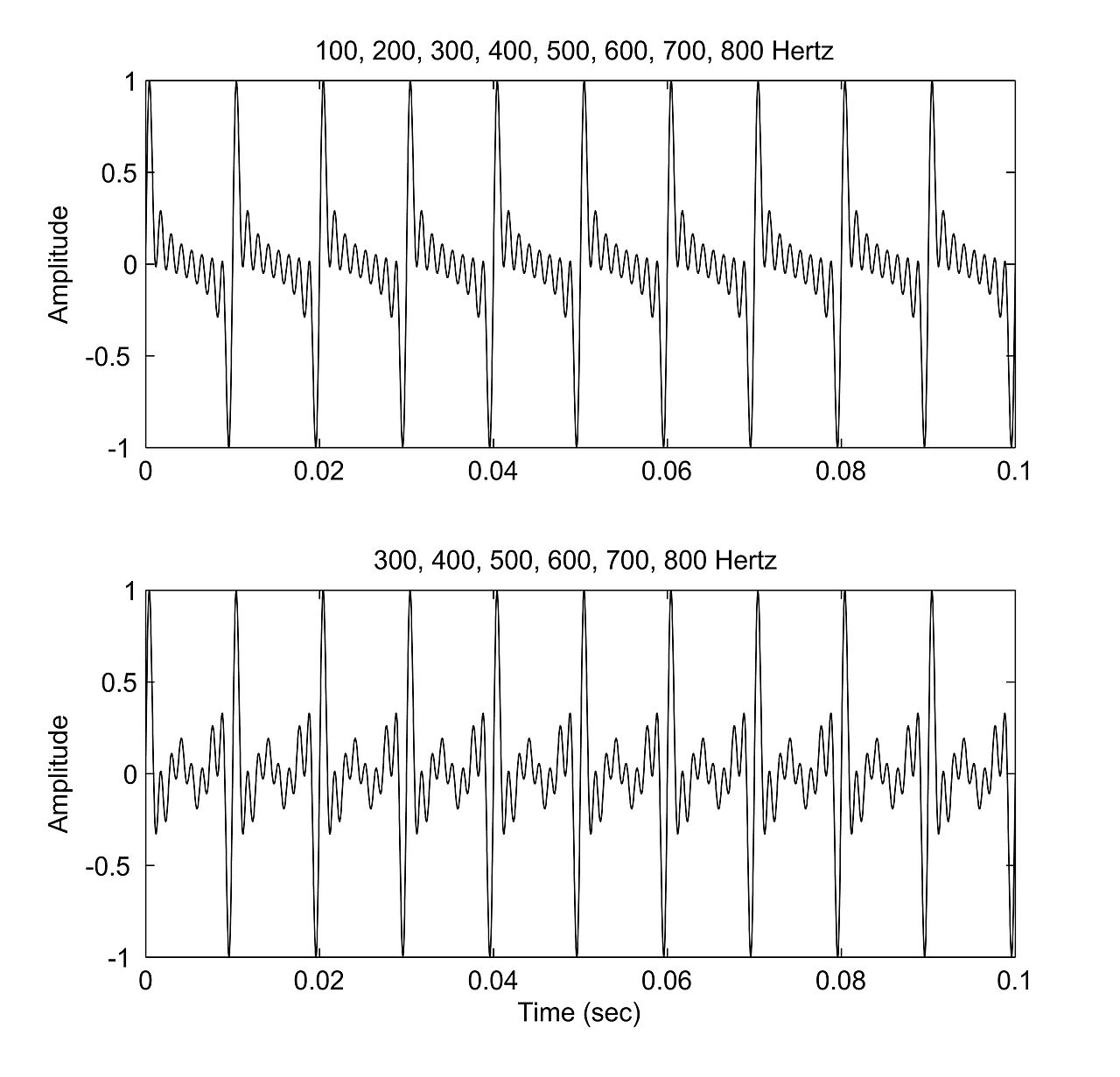 There are two distinct areas or domains to keep in mind when thinking about the idea of pitch, the acoustic signal (in your case a complex tone composed of a set of harmonics based on a fundamental frequency) and our perception of that acoustic signal.

The spectrogram of the first signal is shown below. This signal has energy at six frequencies - the fundamental and five harmonics. A 3 second WAV-file of this signal. 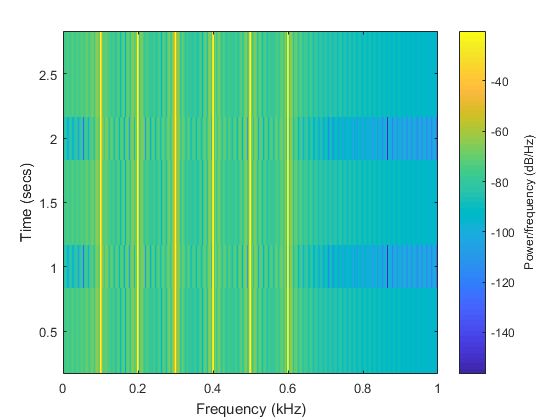 The spectrogram of the second signal is shown below. This signal has energy at only four of the harmonic frequencies of the first signal. A 3 second WAV-file of this signal. 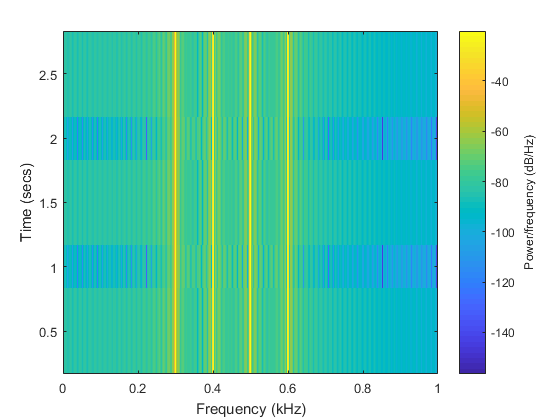 When each of these signals is individually presented to a listener, the only regions of the basilar membrane (BM) that are excited are the ones where there is acoustic energy present. Since the first signal includes the 100 Hz fundamental frequency and all of the harmonics, it will produce mechanical activity on the BM at these frequencies. The second signal will only produce activity at the frequencies that make up its composition.

Our perception of these two signals and our detection of the 100 Hz fundamental in the second signal, often called the residue pitch, is a function of our auditory system that extends beyond the BM of the cochlea.

There are two classes of models that attempt to explain the residue pitch, pattern recognition models and temporal models. For information about these models I suggest the textbook "An Introduction to the Psychology of Hearing", Fifth Edition, B. C. J. Moore, Emerald, 2008, specifically. Another very good textbook is "Psychoacoustics, Facts and Models", Third Edition, H. Fastl and E. Zwicker, Springer, 2007.

I hope this helps you.

Here is roughly how it works.

Not the answer you're looking for? Browse other questions tagged frequency sound pitch fundamental-frequency human-detection or ask your own question.