How detect signal from noise?

The problem is separating "noise" from "signal", as I did by hand on the following image; green parts are when the signal is on, and non colored ones are when there is no signal (x axis: samples, y axis: energy level). 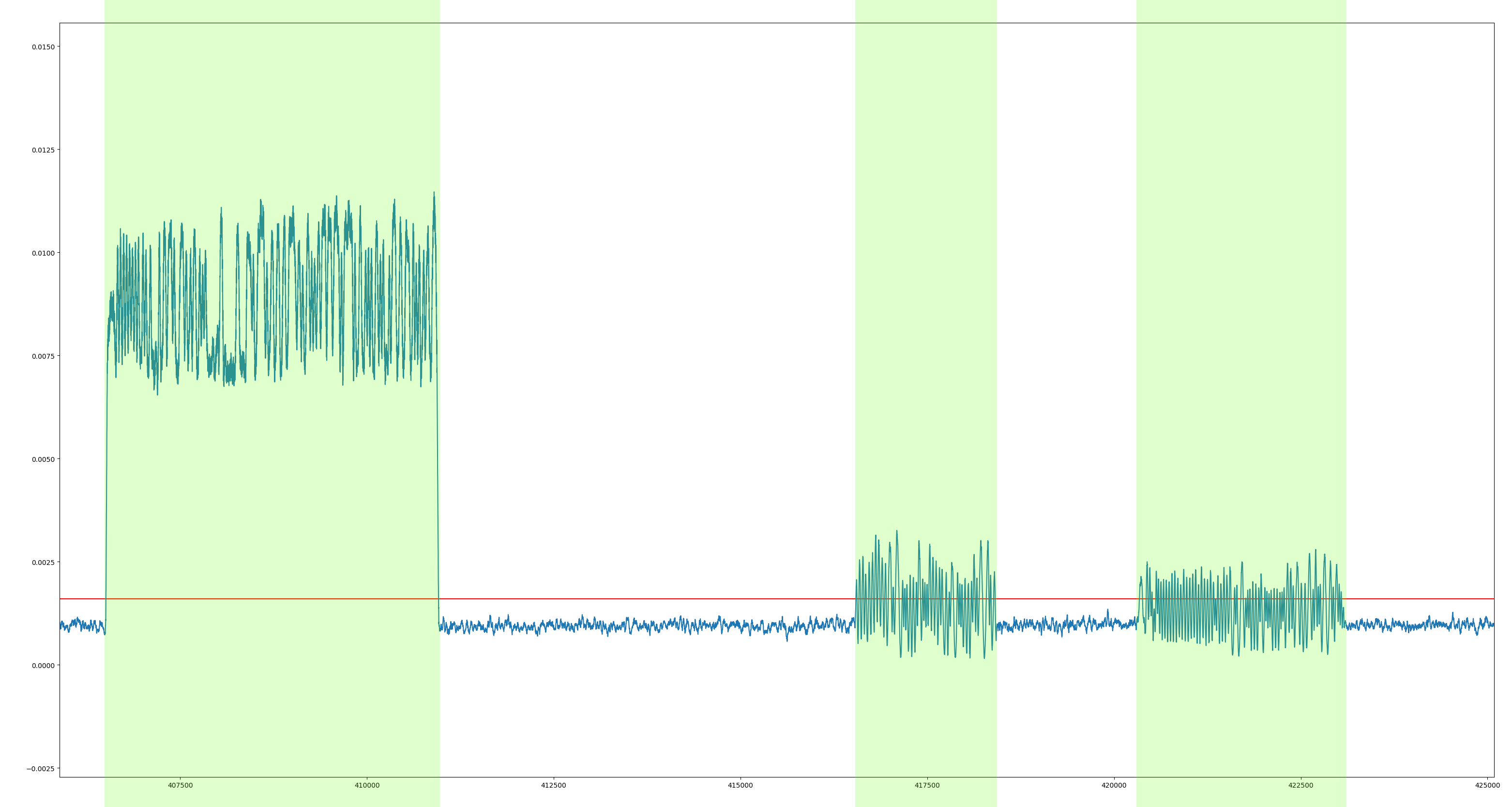 The main problem I have is that I do not now how to detect such signals, automatically. I tried by using threshold, but the noise level is subject to change. I can always determine when a signal is emitted « graphically », but i'd like to do this automatically.

Below is an exemple of "tricky" situation (signal is on on the left of the image): 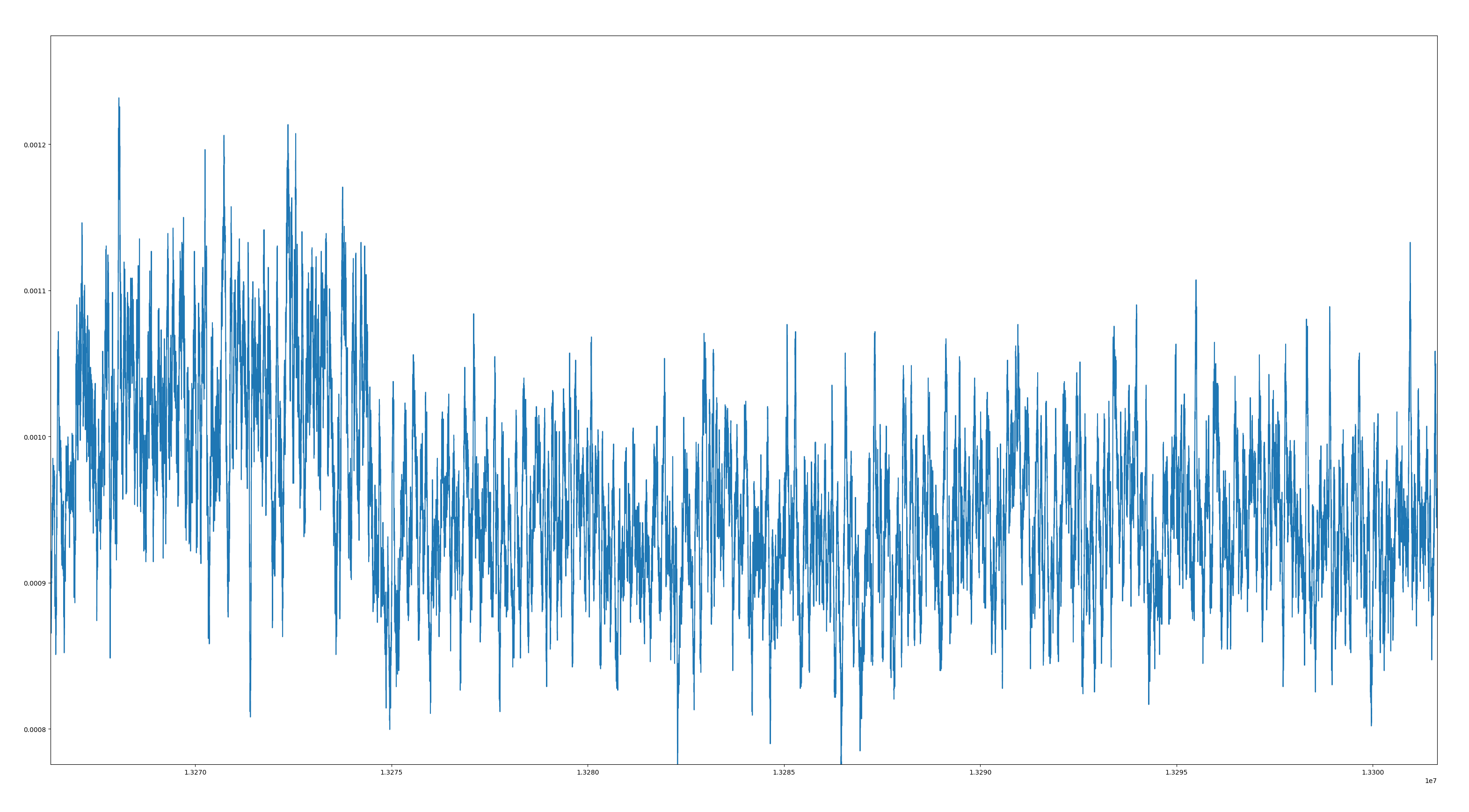 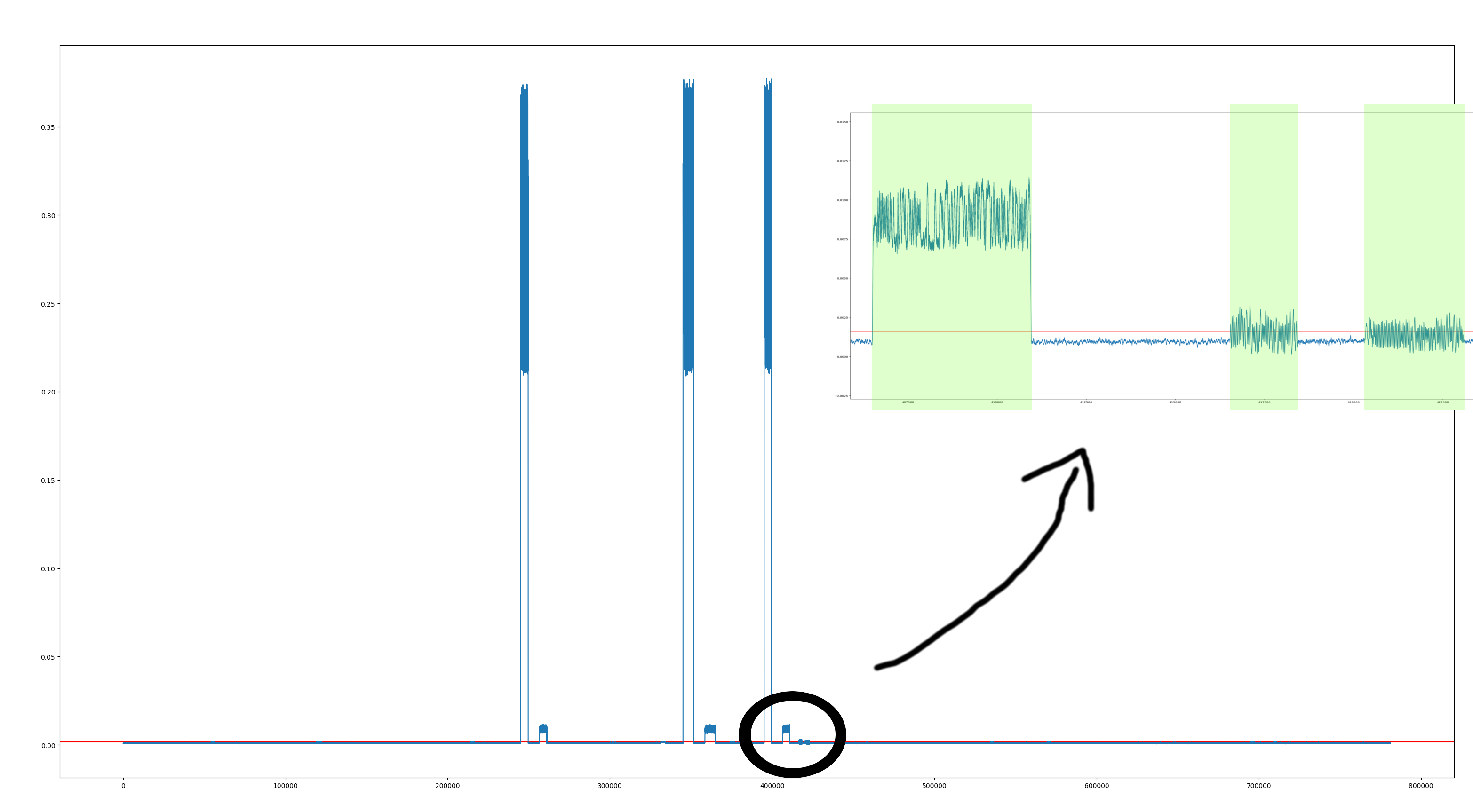 What method could I use? I'm searching, specifically, to approach the one in use in Wifi card, to sense signal and avoid interferences.

I have dealt with similar problems before. Probably the first you need to know is how does the noise spectrum look like.

First approach (mostly empirical): I see your signal of interest (SoI) is a train of rectangular pulses, thus the main frequency components are around DC. You can low-pass filter it to remove the main noise components (probably a moving-average filter will do). Then set a detection threshold (empirically), to a value that will be always surpassed by the filtered SoI, and rarely or never by the filtered noise.

Second approach (mostly theoretical): Check the noise components in the frequency domain (apply FFT). If the noise is nearly flat from DC to $f_s/2$, you can apply the optimal solution to this detection problem, which is implementing an energy detector, as follows:

More details on the second approach can be found, for example, here:

I'm literally sitting on a tropical island, phone in one hand, do please excuse my brevity:

Yes, as usual, the type of signal of interest is very important!

Detecting OFDM is a bit of a hard task, as OFDM signals are practically sharply bandlimited white noise to the (unsynchronized) observer.

Hence, many methods that are based on spectral properties of SoI being different than those of background noise will simply fall flat, lest you have a lot of extraneous bandwidth to work with (which, with WiFi bandwidths of 20 or 40 MHz would be computationally pretty expensive just to do boring detection). Especially the conventional detector outlined in the other answer will work badly in less-than-stellar noise scenarios.

There is one property that practical OFDM systems possess that makes them easy to detect even in negative-SNR scenarios:

OFDM in most cases (and especially WiFi) is CP-OFDM. That means that for synchronization and equalization purposes, every OFDM symbol starts with a "copy" of its own end, shifted to the front. (Of you haven't heard about that, you'll find it covered in every textbook that introduces OFDM, and you should definitively read up on it. To give you an idea: OFDM is based on the Discrete Fourier Transform, which makes the convolution of the transmit signal with the channel impulse response a multiplication, if, and only if, that convolution looked like a circular convolution to begin with; by having the CP, you emulate a circular convolution by the real-world linear convolution.)

You can exploit the CP by looking for peaks in the receive signal autocorrelation at exactly the symbol length. Since you really don't care about any other delay, you just calculate the dot product of a CP-length part of signal with signal delayed by an OFDM symbol length. If there's a peak there, you probably found a CP. To allow for a constant threshold, just divide the correlation coefficient by the product of powers in both segments.

OFDM symbol length and CP length are both defined by the WiFi standards.

A remark on the overall thing you're doing: you might end up never finding a good threshold. That's because WiFi is in an ISM band and relies on CSMA-CA, and you run into the classical hidden station problem. As long as you document that very well and give good reasons, it's absolutely legitimate to pick a threshold that simply gives you a fixed detection probability empirically. Notice that due to the aforementioned properties, it's pretty hard to tell SNR from SINR.

I think the most straightforward basic approach to detecting noise/variance levels is:

There are many types of 'highpass' or 'lowpass' like operations/filters that you can choose from and tune based on your application. Below I use diff (e.g. derivative) effectively as a highpass filter, and a couple rolling quantile filters for the lowpass part. Then I use round to discretize the levels.

Note 1: A rolling mean with a small window, followed by a rolling max with a larger window gives similar behavior to the first rolling quantile. The second quantile is just a median filter. Using efficient mean/median/max filters (e.g. bottleneck.move_median) might be much faster.

Note 2: Depending on how your noise is distributed (in magnitude and frequency) you need to tune the quantile thresholds and window sizes.

Note 3: Since this relies on good statistics, results are going to get worse with fewer points to sample. For example, the following is with PN=100

Not the answer you're looking for? Browse other questions tagged noise signal-detection detection or ask your own question.

11
Removing noise from F2F signal
11
How can you tell whether there's a signal (when your signal looks a lot like noise)?
4
How to detect underdamped harmonic signal?
2
How do I eliminate line noise from USB microphone
2
Detect the beginning of an increasing signal
3
Conceptual Questions on Colored Noise Process
1
How is signal to noise ratio actually measured by receiver equipment?