Why is the FFT "mirrored"?

If you do an FFT plot of a simple signal, like: 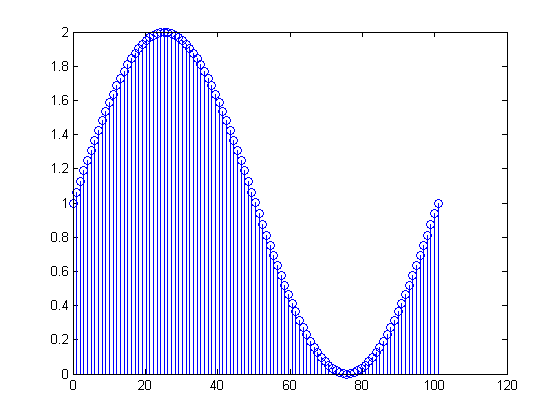 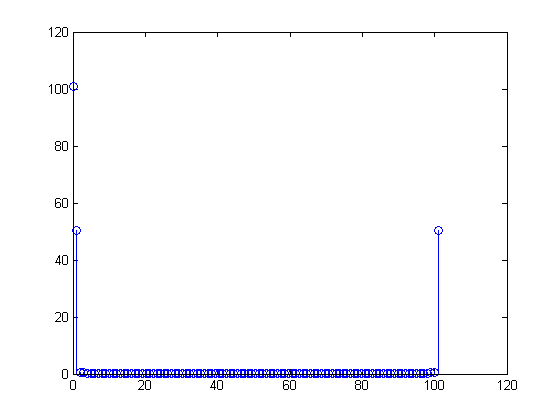 I understand that the number in the first bin is "how much DC" there is in the signal.

The number in the second bin should be "how much 1-cycle over the whole signal" there is:

There's another entry at the end of the fft signal, equal in magnitude:

Would it be accurate to do:

Flip and add-in the second half of the FFT vector 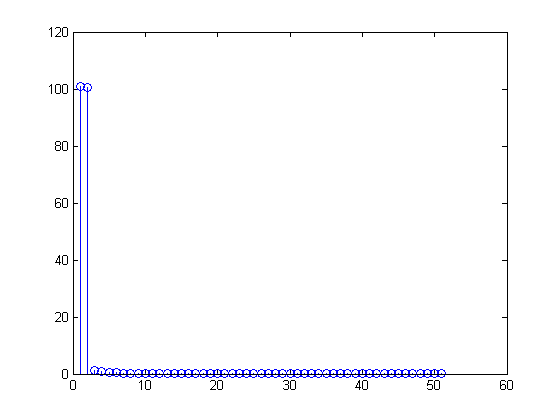 I thought now, the mirrored part on the right hand side is added in correctly, giving me the desired "all 101 bins of the FFT contain a 1Hz sinusoid" 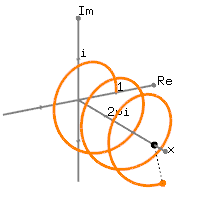 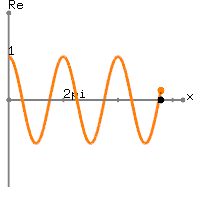 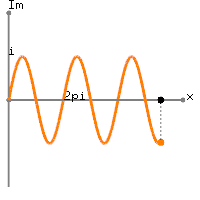 The "corkscrew" is the rotating complex sinusoid in time, while the two sinusoids that follow it are the extracted real and imaginary components of the complex sinusoid. The astute reader will note that the real and imaginary components are the exact same, only they are out of phase with each other by 90 degrees ($\frac{\pi}{2}$). Because they are 90 degrees out of phase they are orthogonal and can "catch" any component of the signal at that frequency.

Because both the positive and negative frequency sinusoids are 90 degrees out of phase and have the same magnitude, they will both respond to real signals in the same way. Or rather, the magnitude of their response will be the same, but the correlation phase will be different.

Another way to think about it:

Imaginary components are just that..Imaginary! They are a tool, which allows the employ of an extra plane to view things on and makes much of digital (and analog) signal processing possible, if not much easier than using differential equations!

But we can't break the logical laws of nature, we can't do anything 'real' with the imaginary content$^\dagger$ and so it must effectively cancel itself out before returning to reality. How does this look in the Fourier Transform of a time based signal(complex frequency domain)? If we add/sum the positive and negative frequency components of the signal the imaginary parts cancel, this is what we mean by saying the positive and negative elements are conjugate to each-other. Notice that when an FT is taken of a time-signal there exists these conjugate signals, with the 'real' part of each sharing the magnitude, half in the positive domain, half in the negative, so in effect adding the conjugates together removes the imaginary content and provides the real content only.

$^\dagger$ Meaning we can't create a voltage that is $5i$ volts. Obviously, we can use imaginary numbers to represent real-world signals that are two-vector-valued, such as circularly polarized EM waves.

The FFT (or Fast Fourier Transform) is actually an algorithm for the computation of the Discrete Fourier Transform or DFT. The typical implementation achieves speed-up over the conventional computation of the DFT by exploiting the fact that $N$, the number of data points, is a composite integer which is not the case here since $101$ is a prime number. (While FFTs exist for the case when $N$ is a prime, they use a different formulation that might or might not be implemented in MATLAB). Indeed, many people deliberately choose $N$ to be of the form $2^k$ or $4^k$ so as to speed up the DFT computation via the FFT.

the $m$-th bin in the DFT of a real-valued sequence has the same magnitude as the $(N-m)$-th bin.

MATLABi people will need to translate this to account for the fact that MATLAB arrays are numbered from $1$ upwards.

Note that an FFT result is mirrored (as in conjugate symmetric) only if the input data is real.

For strictly real input data, the two conjugate mirror images in the FFT result cancel out the imaginary parts of any complex sinusoids, and thus sum to a strictly real sinusoid (except for tiny numerical rounding noise), thus leaving you with a representation of strictly real sine waves.

If the FFT result wasn't conjugate mirrored, it would represent a waveform that had complex values (non-zero imaginary components), not something strictly real valued.

9
Symmetry of real and imaginary parts in FFT
4
Why can the FFT always be mirrored in the middle of the x axis?
104
What is the physical significance of negative frequencies?
15
FFT of sine wave not coming as expected i.e single point
7
Amplitude of the Signal in Frequency Domain different from Time Domain
3
2D Fourier transform of Sobel kernel
3
General question about DFT
2
FFT of a pure sine wave is not a single peak
0
Conjugate symmetry of the DFT of real-valued sequences
1
How to get some law parameters from its FFT figure?
See more linked questions

4
Why is X(0) the DC component
14
STFT and DWT (Wavelets)
2
Analyse audio/music frequencies without STFT, at 1/f temporal resolution, using probe phasors at logarithmically-spaced frequencies, O(N log N)?
2
Zero Padding in Frequency Domain (Spectrum): How to Split the Middle Bin (Nyquist Frequency)?
2
Why MATLAB fft cos makes imaginary parts?
1
Why is the second half of the FFT negative frequencies
2
How do I calculate peak amplitude of the signal components after zero padding and FFT?
0
Why there is error between My DFT and built in Matlab FFT?
3
Why is CWT implemented with FFT convolution?
0
Why does FFT size equals the numbers of samples in the time domain?