I am reading a book titled "Two Dimensional Wavelets and their relatives" by Antoine et al. and it talks about vanishing moments. I have trouble understanding the exact significance of it. Can anybody give an idea on vanishing moments? 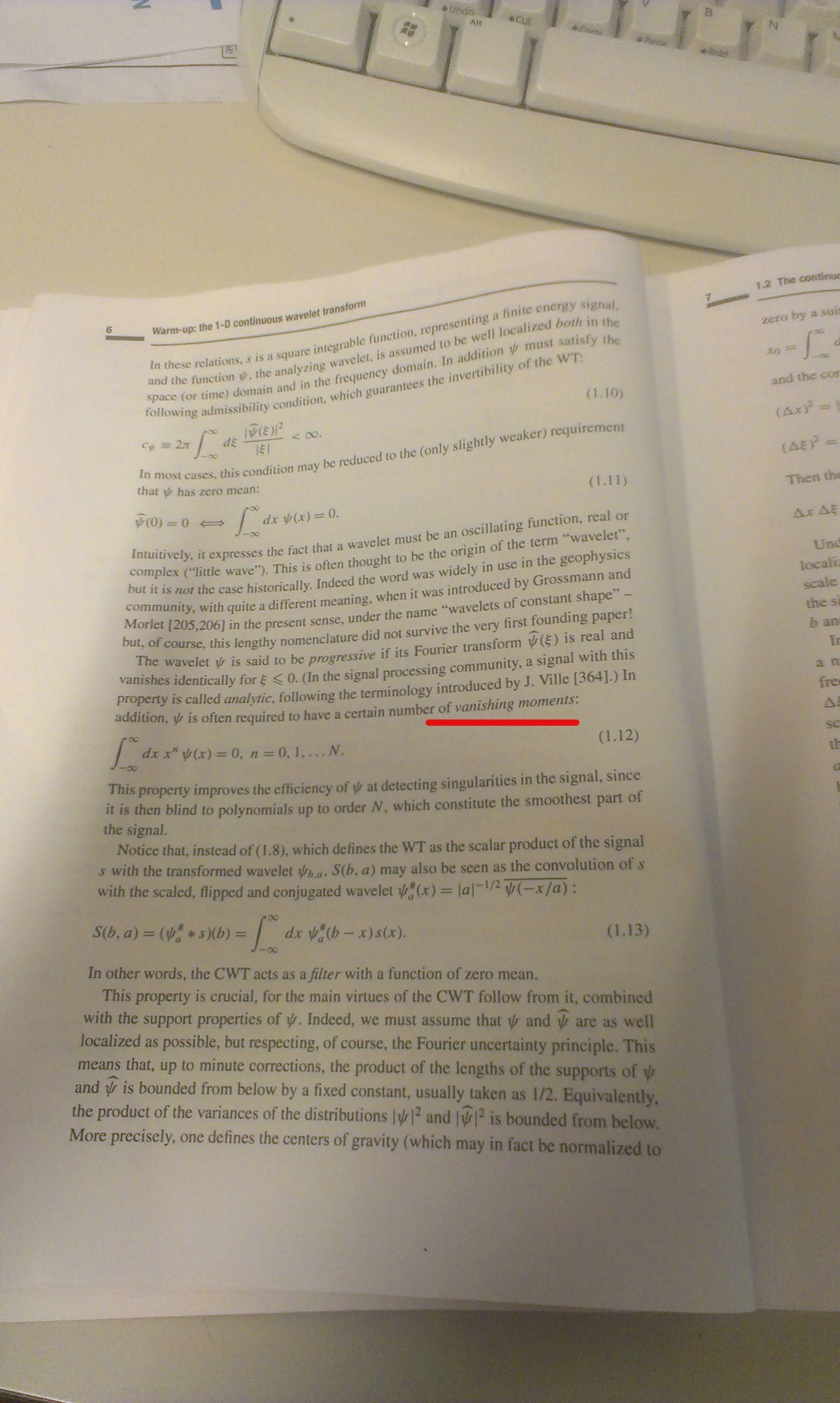 A moment is a generalization of the notion in physics of moment of a (point) mass about an axis being the product of the mass and the distance from the axis.

One of the applications of the (continuous!) wavelet transform is the detection and characterization of fractal signals. For that in particular the nature of the underlying singularities become important. Singularities are characterized by their Höldner exponent. In that context the number of vanishing moments of the analysis wavelet becomes important. It needs to have at least as many vanishing moments as the order of Höldner exponent to be discovered by it.

1
1-D Wavelet Toolbox in Matlab
7
How to turn Morlet wavelet into second generation wavelet?
3
Trying to understand WAVELET TRANSFORM Frequncy-Time diagram
0
FIR / IIR and Wavelets
0
Question about vanishing moments in wavelet transforms
1
Output of MATLAB's two-dimensional DWT function $\tt dwt2$
3
Why do wavelets integrate to 0 and how do they match a signal?