I have some process, which produces some rectangular signal. I have an algorithm, which recovers this signal. To test my algorithm I compare the recovered signal with known: 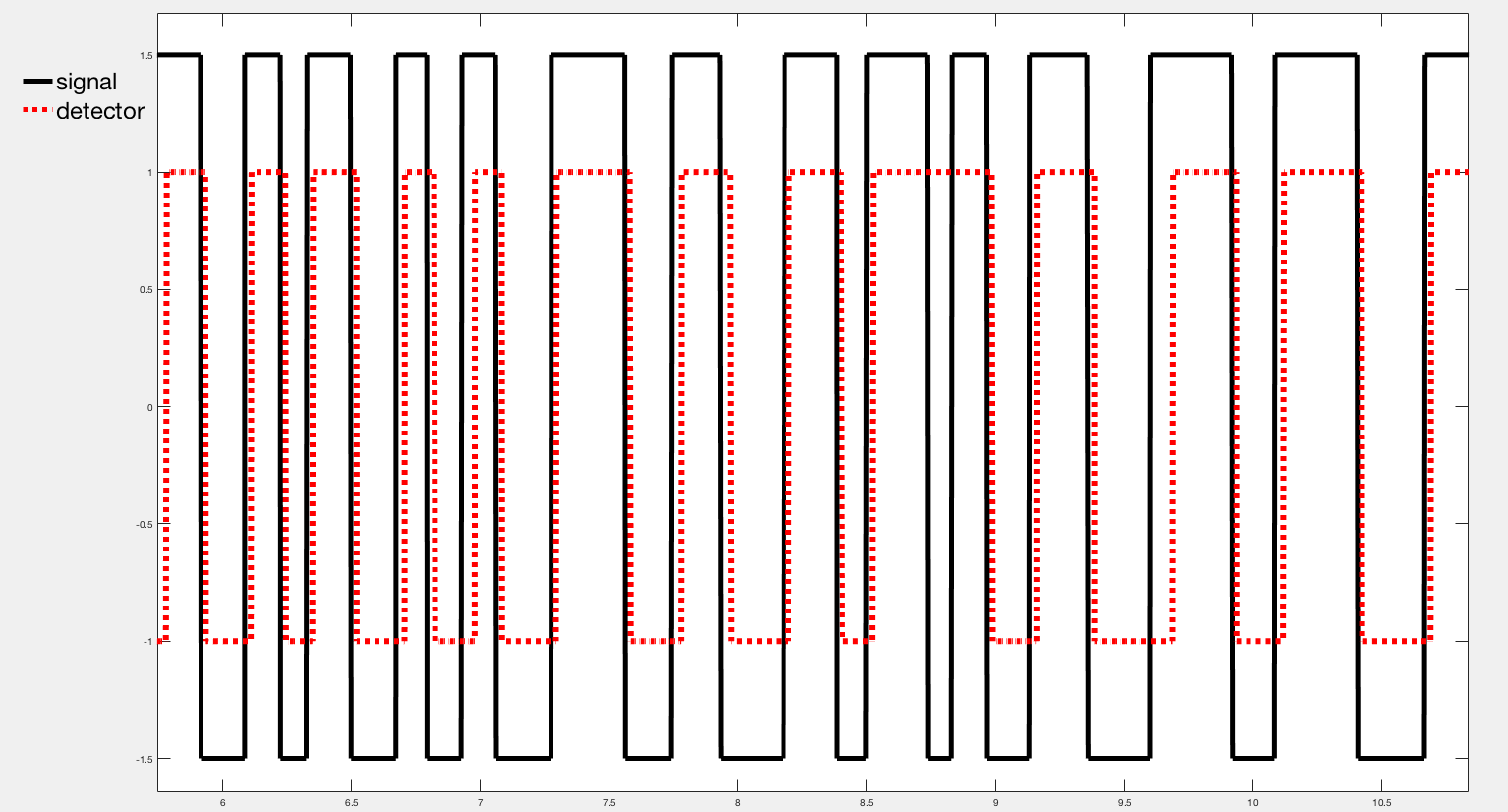 Could You help me with some common and well-established methods to describe the quality of my detector?

Of course, I am able to calculate the number of non-detected jumps, delay its deviation. The question is that I don't want to use homemade solutions. Hope there should be a big science with well-established methods and criteria to perform such tests.

It is a rare individual who develops detection algorithms as a recreational pursuit. If you are not such a person then the reason for your algorithm should provide, what is favorable and not favorable in some measurable way.

Your question has some ambiguity because random delay, missed transitions, and false transitions is all you have mentioned. "Big Science Tests" are based on probabilistic assumptions (a model) that applies. If your transitions were random with some rate $\mu$, a Poisson model would be promising. One might look at why you don't see a one when there is a one which is the error mechanism, which typically in Signal Processing is associated with noise.

The essentail point is that you need to understand your data model to use a standard test.

This is not an exhaustive list of types of statistical tests you can use. and many in signal processing have intractable forms. There are paired tests. There are non parametric tests. There are robust tests. Statisticians are inventing new tests every day.

Your data model on the other hand, is up to you.

Lastly, making things up is actually common and as long as it isn't fake, is often acceptable.

Feels like a standard cross-correlation would do a good job.

Not the answer you're looking for? Browse other questions tagged signal-detection or ask your own question.