I have a pressure signal (y) with 512000 samples and with a sampling frequency 5000 sample/sec. I am trying to find the number of statistically independent samples using autocorrelation. I used

I found this question, but there is no valid answer 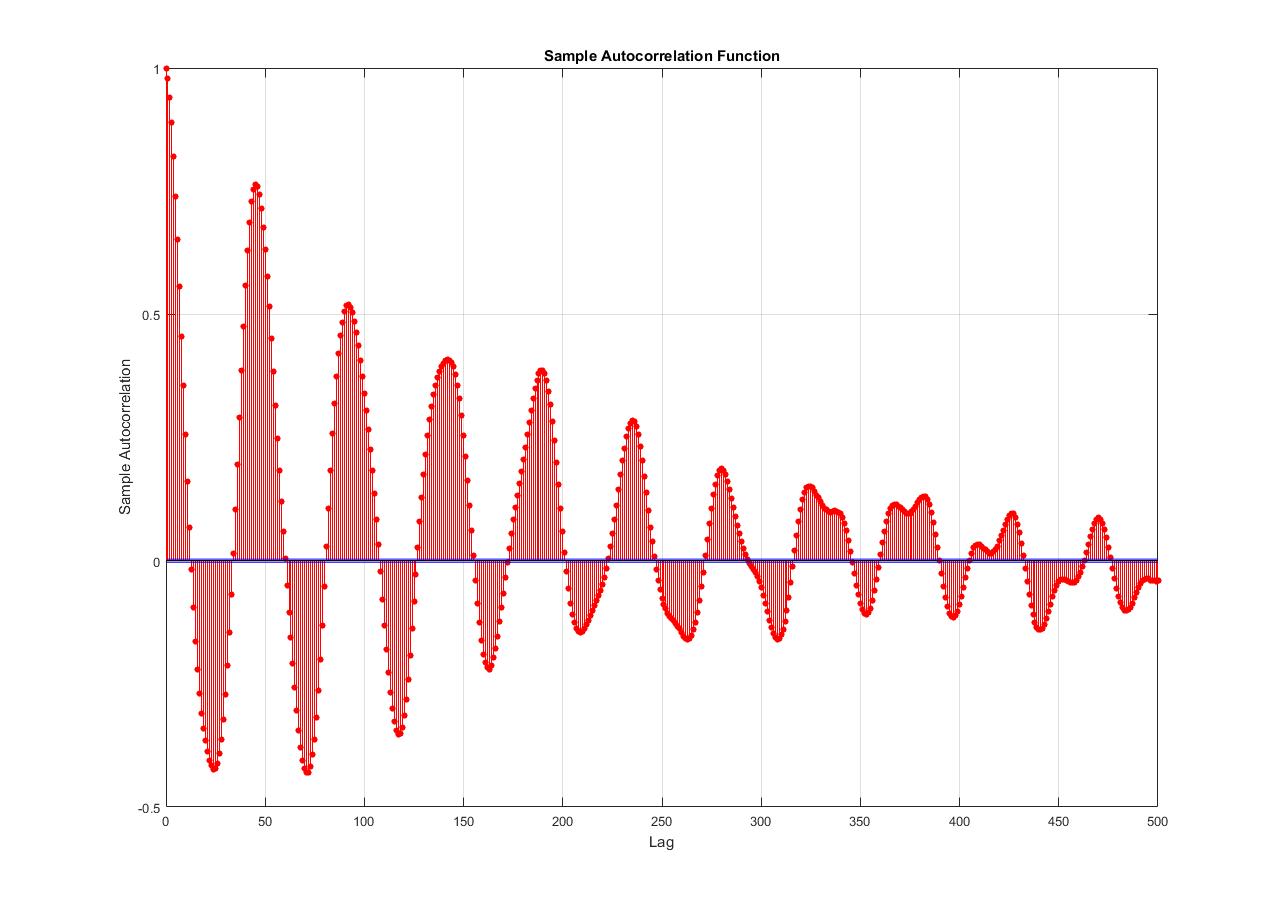 When calculating the autocorrelation in Matlab (or similar), the lag is calculated in number of samples. For example, in your case it seems like the autocorrelation is zero for a lag of 200. Since your sampling interval is $T_s = 1/5000 = 200\,\mu$s, then your signal becomes decorrelated for a shift of 200 samples, or a time shift $\Delta = 200 T_s = 40\,$ms.

The "Effective" Number of Independent Observations in an Autocorrelated Time Series is a defined statistical term - https://www.jstor.org/stable/2983560?seq=1#page_scan_tab_contents

Also note this is an approximation valid for large n, [1] (reference provided by Ed V) equation 7 is more accurate for small n.

Not the answer you're looking for? Browse other questions tagged discrete-signals signal-analysis autocorrelation or ask your own question.