While working on Convolutional Neural Network (CNN) I saw many research articles working on the Multi-scale images. In the literature of image processing I saw there is also Multi-resolution analysis of image which is at different level of images. Whereas in Multi-scale It seems that size of images are not changed instead it gets more blur and edges are getting more clear of the objects.

I am not using any wavelet transform So in terms of general images how we can explain to beginners about the basic difference between Multi-scale and Multi-resolution images?

The definitions behind the concepts of multiresolution or multiscale may overlap somehow, and are sometimes used interchangeably.

The real world can be considered as continuous, and a true image $I(x,y)$ would have continuous spatial locations $(x,y)$. The concept of scale can then be related to different ideas. Two of them are:

Having a continuous image seen at different scales may help interpret its content. The notion of scale-space representations is very related to this notion, and it can be axiomatized, see the works of Witkin, Koenderink or Lindeberg, and the Gaussian kernels play an important role. An image at different (Gaussian blurred) scales (hence multiscale) is depicted below:

The recent surge of multiscale modeling from the smallest scale (atoms) to full system level (e.g., autos) related to solid mechanics that has now grown into an international multidisciplinary activity was birthed from an unlikely source. Since the US Department of Energy (DOE) national labs started to reduce nuclear underground tests in the mid 1980s, with the last one in 1992, the idea of simulation-based design and analysis concepts were birthed. Multiscale modeling was a key in garnering more precise and accurate predictive tools. In essence, the number of large scale systems level tests that were previously used to validate a design was reduced to nothing, thus warranting the increase in simulation results of the complex systems for design verification and validation purposes

The concept of resolution discretizes the space: an object with a certain width can be represented by a certain sampling of the physical space, in how many pixels per width. Sampling may induces loss from the continuous space, but if the continuous image is smoothed by well-chosen kernels, then it can be (re)sampled at lower rates. From a continuous or a originally discrete image, one can build a hierarchy of discretized versions at different resolutions (and thus size), and generally those can be used to recreate images at scales (and orientation) different from that of the original one. Multiresolution analysis can be axiomatized as well (as nested orthogonal projection subspace), and discrete wavelets are an avatar of those. A Gaussian pyramid is shown below, corresponding to different samplings of the above blurred images (hence multiresolution): 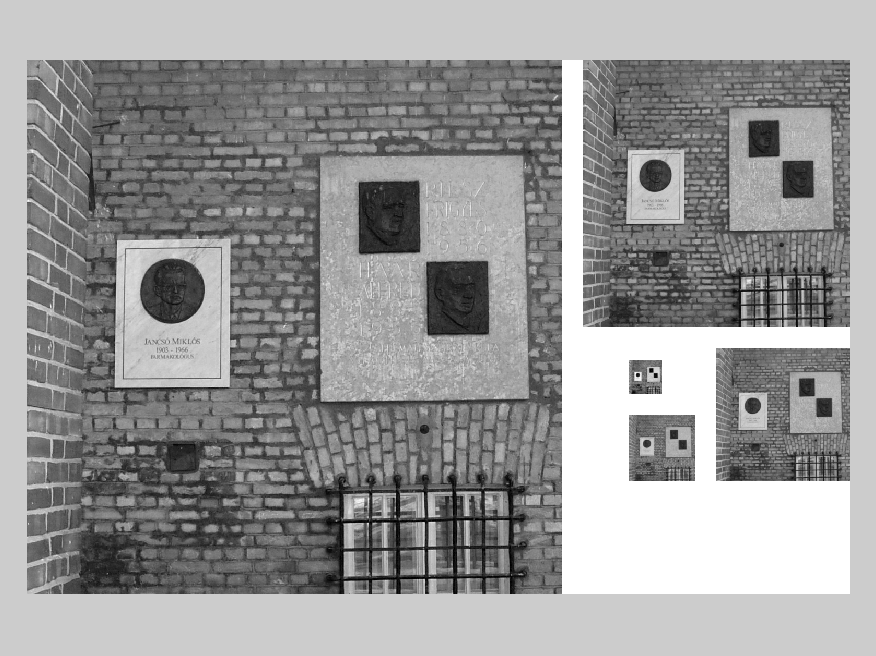 So multiresolution can be seen as a discretization (invertible or not) of some multiscale representation. In practice however, since the data we are dealing with is always discrete, and since multiresolution can recreate a image at different scales, it happens that people use the term interchangeably.

For images, a fully referenced version of that story (for images, in 2D) is to be found at the beginning of A Panorama on Multiscale Geometric Representations, Intertwining Spatial, Directional and Frequency Selectivity (Signal Processing, 2011).

Recently, the relationship between some wavelets schemes and deep learning has been made more explicit by S. Mallat, with scattering networks.

Not the answer you're looking for? Browse other questions tagged image-processing resolution scale-space or ask your own question.

15
Why is the difference of gaussians scale space scale invariant?
31
Detecting Trail in Forest Images
1
Pyramid vs Scale-space in Focus Stacking
3
Multi-scale in Object detection?
2
Difference Between Contrast Enhancement and Texture Enhancement in Images
1
Multi Resolution STFT for audio
4
Which Noise Reduction Algorithms Are Used in Commercial RAW Image Processors?