FFT of a Square wave, what are frequency of each Harmonic here

I've coded a program, here is the details, Frequency of Wave, 100KHz

i.e 10 Samples will be generated

defining and plotting the square wave, Since Amplitude is not defined it will be 1 by default. 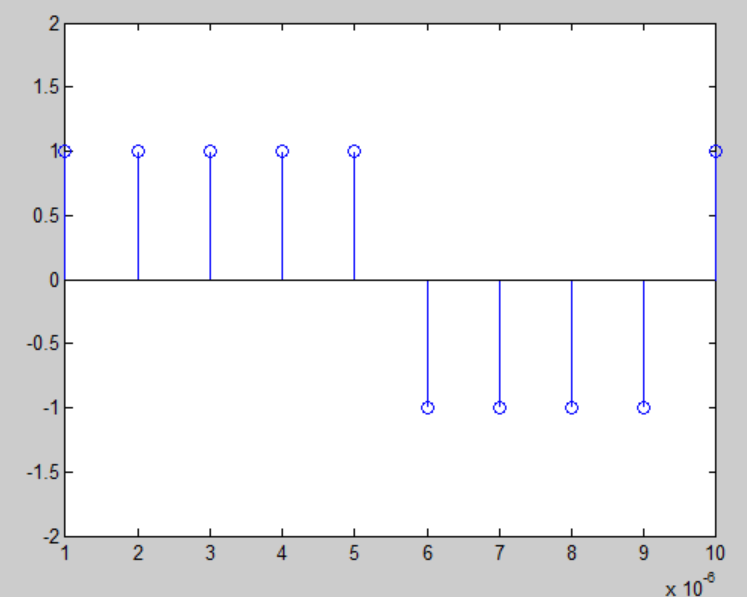 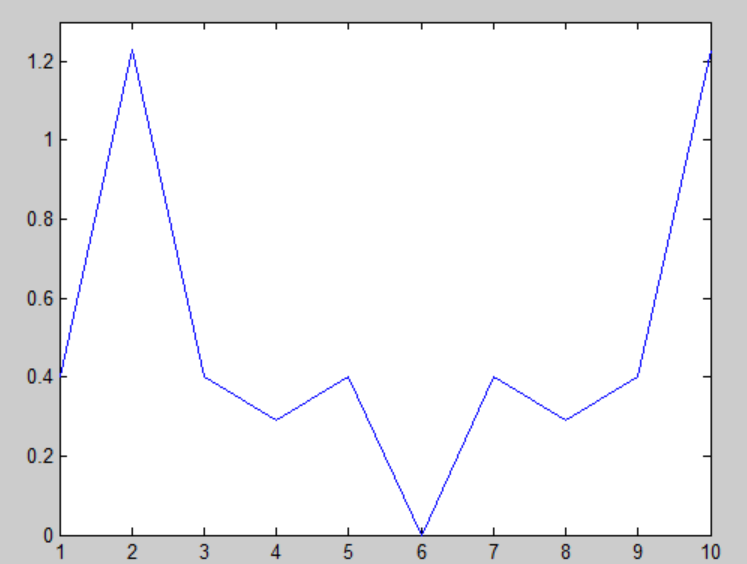 For the First point,

Number of Harmonics should be = 10 but What are the Frequency of each Harmonic ? also, why the amplitude has changed to 1.2 which is supposed to be 1

From the Wikipedia article on the Discrete Fourier Transform:

Then you created the signal $x_n=\text{square}(2\pi ft_n)$ with period $f=(NT_s)^{-1}$and fed it into MATLAB's FFT algorithm, attempting to take the DFT of it (as the FFT is just a fast DFT). However, this is NOT what the FFT expects to see!

Your signal starts with $x_1$ and ends with $x_N$. However, if you see the definition of the DFT I gave above, it expects the signal to start with $x_0$ and end with $x_{N-1}$. Ordinarily, this would not be much of a problem, because if your signal $x$ is actually $N$-periodic, then $x_0=x_N$. However, as noted in the comments by Jim Clay and Jason R above, the signal you start with is not actually a square wave. As you can see in your screenshot, there are six "1" values and only four "-1" values. The square wave should have an equal number of "1"s and "-1"s. I do not know why the values you put in are not a proper square wave, and I suspect there is some odd detail in how MATLAB implimented the function $\text{square}$. To create a square wave, you should change the line

or, even better, to

which makes it clear that you are sampling at integer multiples of your sampling time. The signal $x$ you generate in this way will be equivalent to what Jim Clay has generated in his answer.

As to why your signal has magnitude $\approx 1.2$ instead of $1$, you need to remember how the square wave is defined. From the Wikipedia article on the square wave:

The first term of this function has frequency $f$ and magnitude $\frac{4}{\pi}\approx 1.27$. If you look at Jim Clay's plot this is exactly the magnitude in bin 2 of the function he has plotted. Up to bin $N/2+1$, the value that will be plotted in bin $k$ is the coefficient of the term in the square wave with frequency $(k-1)f$. (The $-1$ comes from MATLAB indexing beginning with one rather than zero).

When I do everything exactly as you outline in your post, except change x to the following-

I get the following plot- 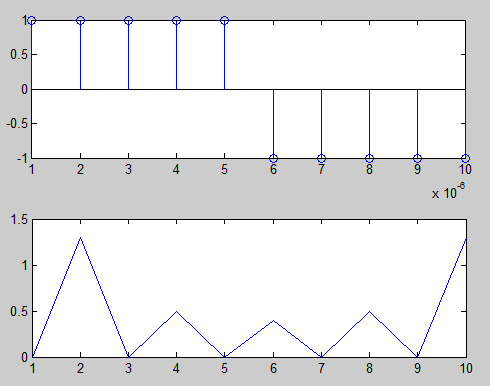