FFT showing evenly spaced signals when tuned to ~56 MHz down to 25.680

On the higher end, the signals are faint (here I am tuned to 56 MHz): 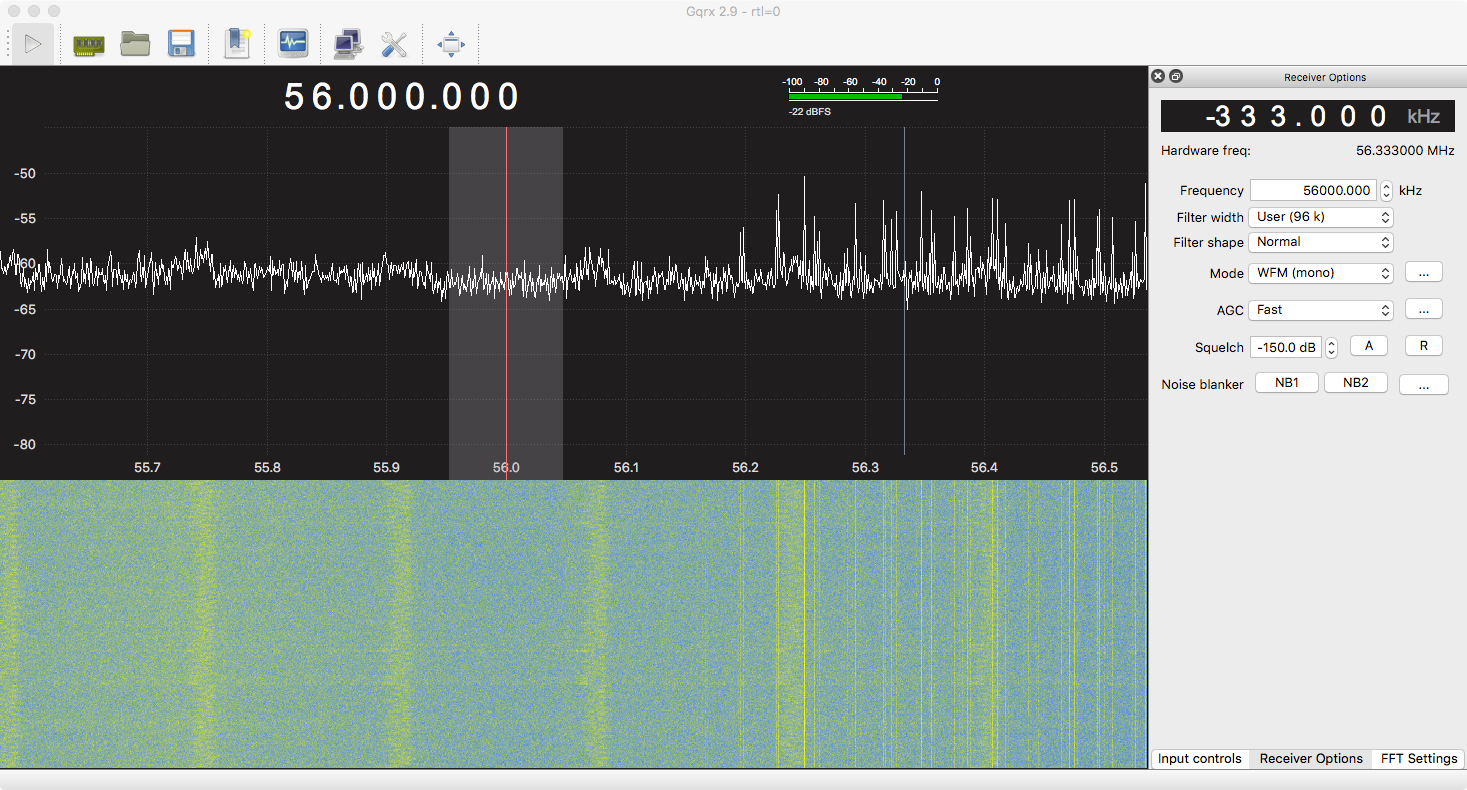 They become more pronounced as I work my way down (here I am tuned to 43 MHz): 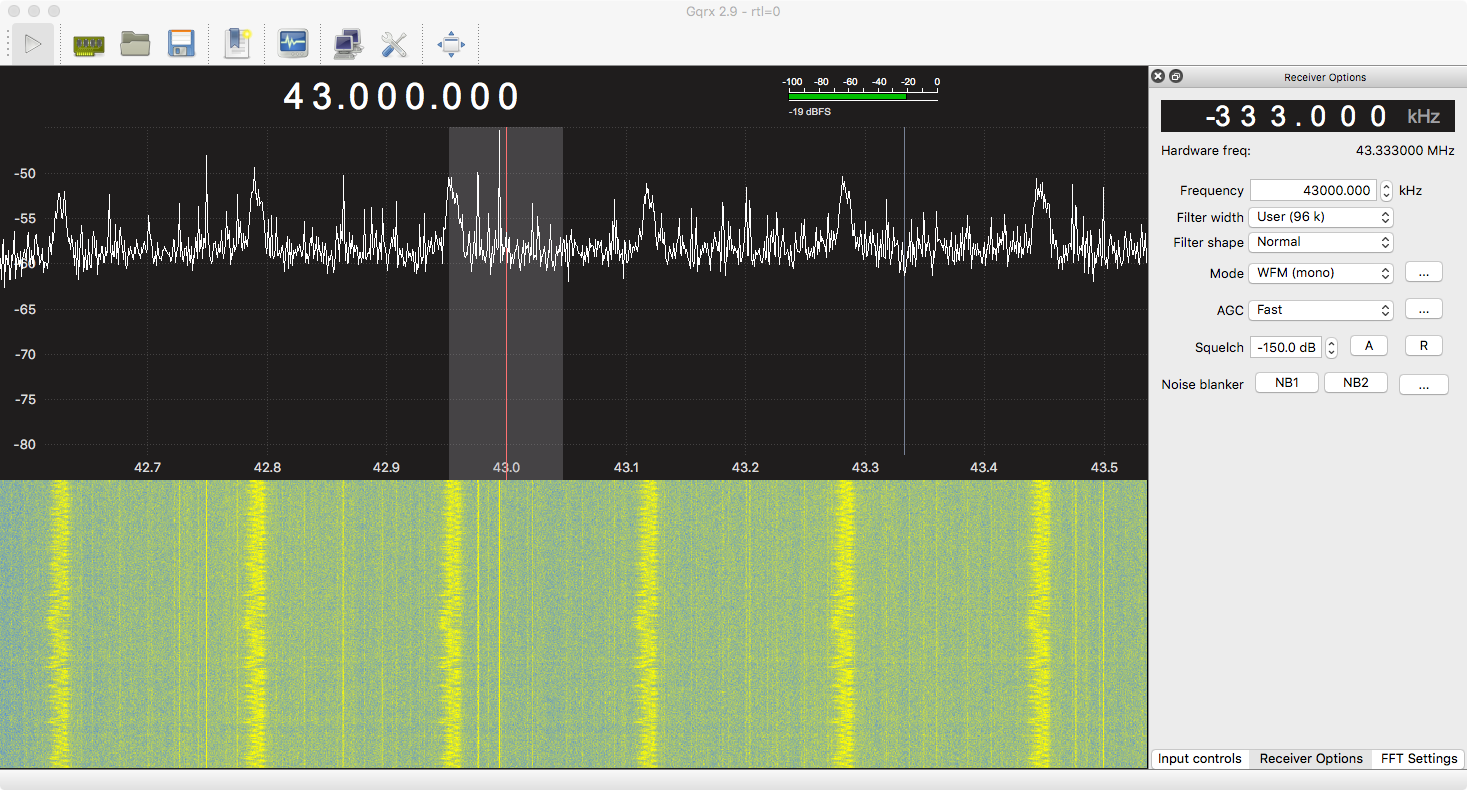 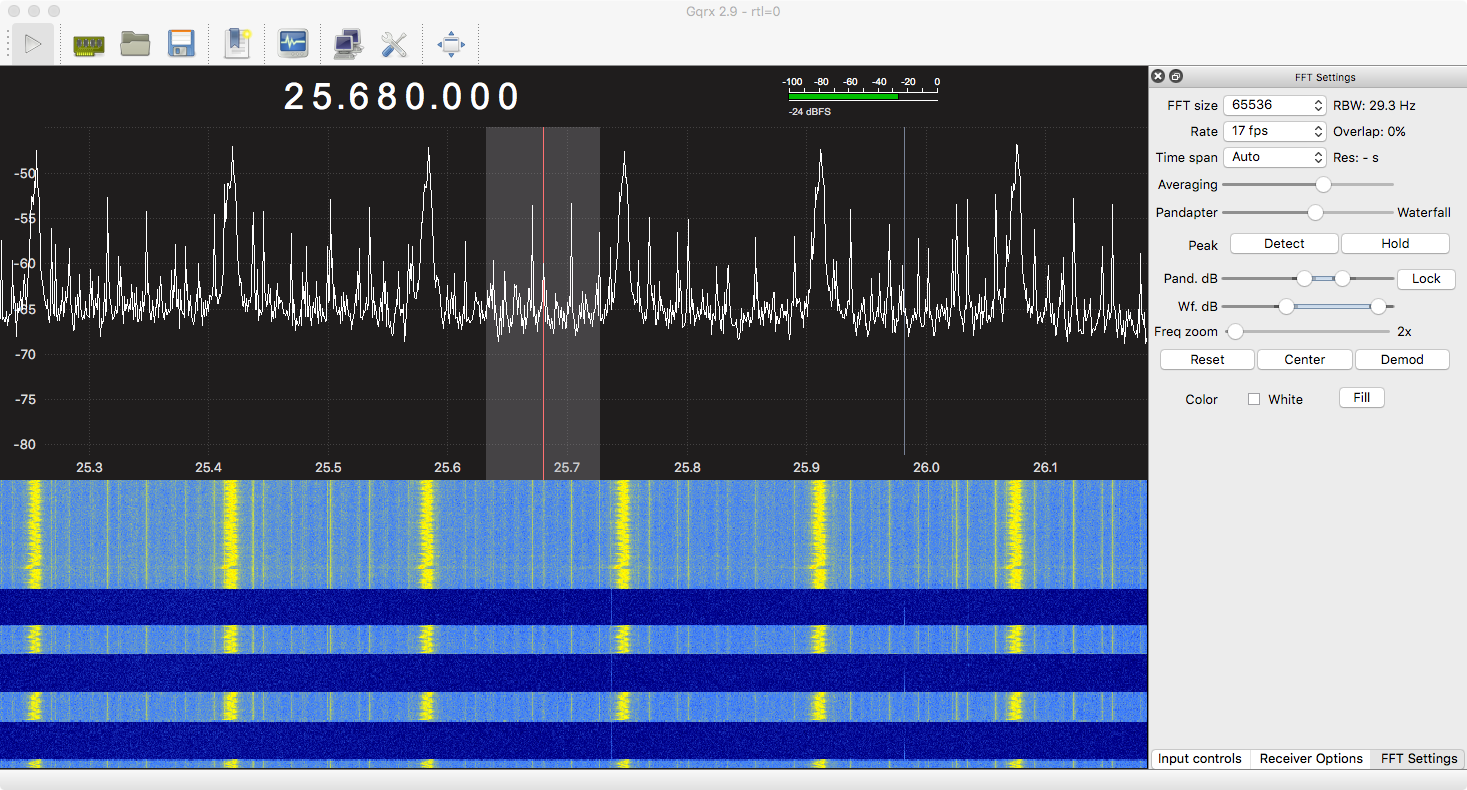 The signals are more pronounced tonight. Each one has a valley surrounded by two peaks: 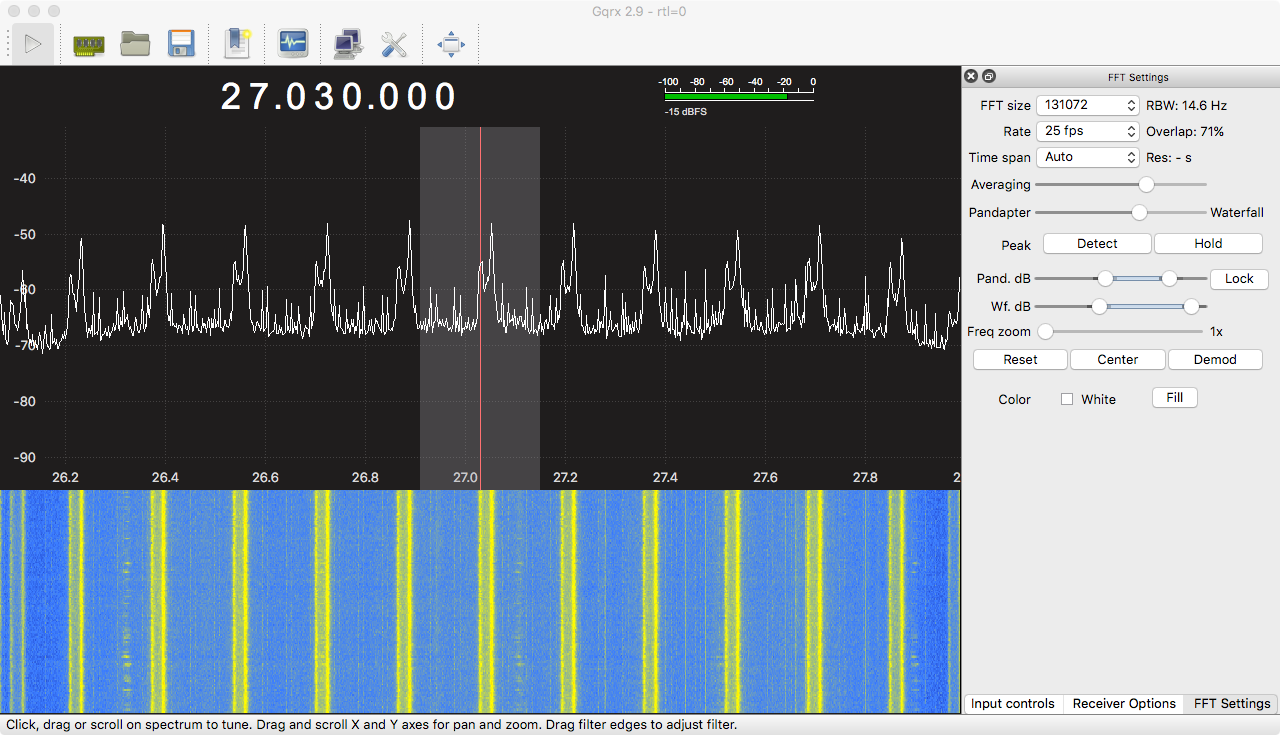 These periodic spectral lines look like they might be caused by something like a sparking power supply, DC-DC converter (for LED lighting or USB power, etc.), or high powered digital drivers running at approx. 150 kHz. You might want to walk around the house or neighborhood with a pocket AM radio to see if you can DF this RF noise (determine the direction its coming from).

RTL-SDRs USB dongles based on R820T2 + RTL2832U also have a lower frequency limit somewhere around 52 MHz (where they go deaf or alias or won't lock). 26.68 appears to be near a folding point in the sample rate aliasing, e.g. right around Fs/2, where any spectrum plus its own complex conjugate can partially cancel.

Not the answer you're looking for? Browse other questions tagged fft sdr or ask your own question.

1
Showing frequency and amplitude after doing an FFT on a signal
2
Technique of sampling a high-frequency signal (Mhz) with a lower sampling rate (khz)?
5
How to deal with signal not equally spaced in time when performing FFT?
4
How to improve an FFT AM demodulator for NOAA APT satellite imagery?
1
FFT for real signals
0
Better way to mute fundamental baseband frequency?
0
FFT of ecg signals
1
RF demodulation for dummies
0
For a 20 MHz channel, with 1200 usable subcarriers(18 MHz occupied), what should be the size of the FFT on the transmitter before IFFT is applied?
0
Spectral filtering