What's the difference between the Hough and Radon transforms?

I'm familiar with the Radon transform from learning about CT scans, but not the Hough transform. Wikipedia says

The (r,θ) plane is sometimes referred to as Hough space for the set of straight lines in two dimensions. This representation makes the Hough transform conceptually very close to the two-dimensional Radon transform. (They can be seen as different ways of looking at the same transform.[5])

Their output looks the same to me:

So I don't understand what the difference is. Are they just the same thing seen in different ways? What are the benefits of each different view? Why aren't they combined into "the Hough-Radon transform"?

The Hough transform and the Radon transform are indeed very similar to each other and their relation can be loosely defined as the former being a discretized form of the latter.

The Radon transform is a mathematical integral transform, defined for continuous functions on $\mathbb{R}^n$ on hyperplanes in $\mathbb{R}^n$. The Hough transform, on the other hand, is inherently a discrete algorithm that detects lines (extendable to other shapes) in an image by polling and binning (or voting).

However, the Hough transform is a quick algorithm that can be prone to certain artifacts. Radon, being more mathematically sound, is more accurate but slower. You can in fact see the artifacts in your Hough transform example as vertical striations. Here's another quick example in Mathematica: 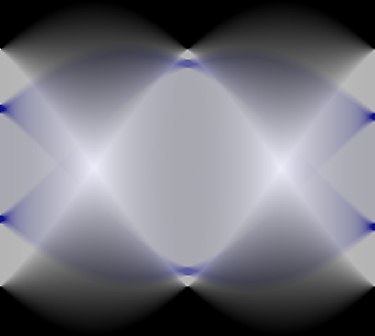 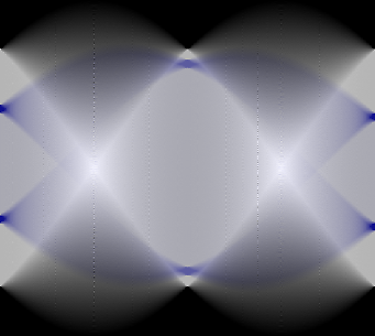 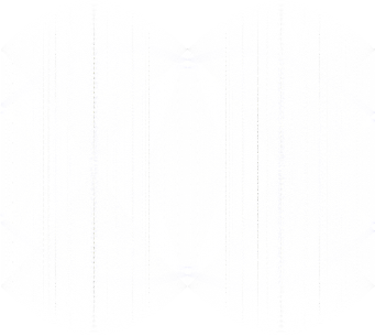 The last image is really faint, even though I negated it to show the striations in dark color, but it is there. Tilting the monitor will help. You can click all figures for a larger image.

Part of the reason why the similarity between the two is not very well known is because different fields of science & engineering have historically used only one of these two for their needs. For example, in tomography (medical, seismic, etc.), microscopy, etc., Radon transform is perhaps used exclusively. I think the reason for this is that keeping artifacts to a minimum is of utmost importance (an artifact could be a misdiagnosed tumor). On the other hand, in image processing, computer vision, etc., it is the Hough transform that is used because speed is primary.

You might find this article quite interesting and topical:

The authors argue that although the two are very closely related (in their original definitions) and equivalent if you write the Hough transform as a continuous transform, the Radon has the advantage of being more intuitive and having a solid mathematical basis.

Additionally to Lorem Ipsum's answer explaining the Hough transform as a discretized form of Radon transform, I like this descriptive explanation - also according to Ginkel and others:

This becomes clear by comparing their (discrete) algorithms. For each $\theta$ in parameter space Radon projects the image points on a line described by (its angle) $\theta$ using buckets of size $\Delta\rho$. Hough on the other hand takes each image point $(x,y)$ and adds the appropriate intensity to all corresponding parameter space bins.

As a result Hough suffers artifacts whereas Radon allows for high resolution in parameter space (by adjusting $\Delta\theta$ and $\Delta\rho$ and dividing pixels into subpixels).

Hough is usually faster though the whole transformation needs to be performed (which is the intention in most cases anyway). Radon allows to compute only a short interval (in $\theta$) of the parameter space due to the reading paradigm. This can significantly reduce computation time if you have some a priori knowledge (like in which $\theta$ intervals your peaks probably are).

I guess Hough is dominant in many fields because of its simple algorithm, whereas Radon is used where accuracy is crucial or a priori knowledge available.

181
"River" detection in text
12
What methodology to use for discrimination of different (musical?) tones
0
Difference between MATLAB hough and my implementation
6
Detect quasi-parallel lines with spurs in a binary image
2
Difference between Generalized Hough Transform and Cross-correlation Feature Matching
4
What's the Difference Between UQI and SSIM Measures for Image Similarity / Quality?
1
What transformations to go from top-down fisheye to occupancy (ground texture)