Where does this star came from? [EDIT - Detailed Question]

First of all, it's a rare topic in google, so I can't find intuitive explanation about step-invariant, so I don't understand actually what it is, except to solve zero order hold transfer function. 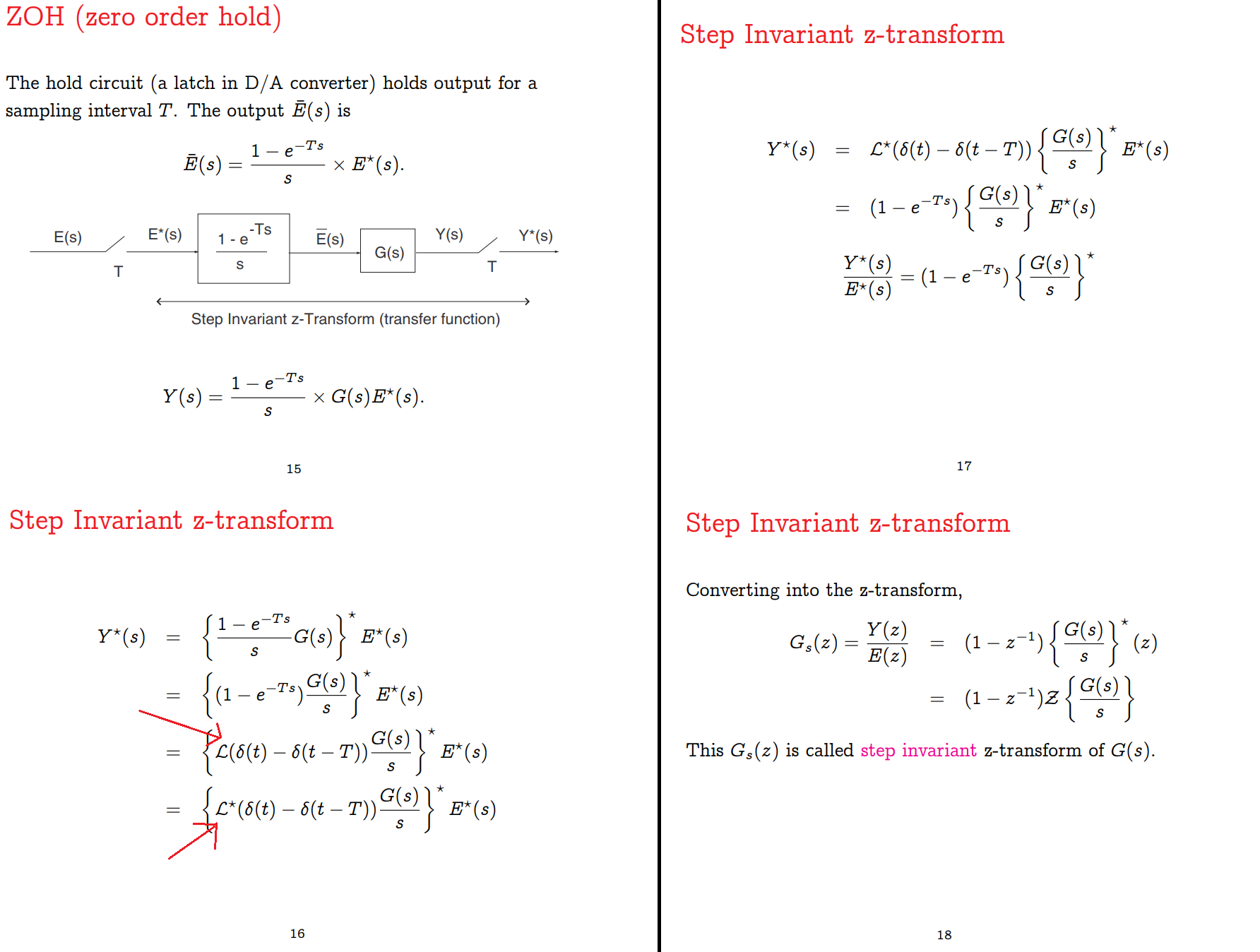 As you can see above, suddenly the laplace transform has become starred, why does it happened?

First thought, I think it was like distributive starred property. But why suddenly it has a star while you still have starred curly bracket? Is it a typo?

Furthermore, if you also take a look at page 17 (top right). First, (1-e^-Ts) are converted into laplace transformation form, and then it gets starred, and then it is separated, and then it return to the first original (1-e^-Ts) form. What's the use? It's seems illogical.

This is commonly used when teaching about the Z transform. It tends to be confusing, so the teachers typically just skim over it.

Here are some explanation about it: https://en.wikipedia.org/wiki/Starred_transform

Not the answer you're looking for? Browse other questions tagged sampling z-transform transfer-function laplace-transform or ask your own question.

0
System Stability: Can we derive stability of a discrete system (Frequency domain, Z-transform) by applying analogous methods?
0
Can I use Fourier transforms instead of Laplace transforms (analyzing RC circuit)?
4
Response of a system to a step function (heaviside)
0
First derivative analog filter
0
Unclear inverse Z-transform of $G(z) = \frac{1-p}{z-p}$
3
Potential issues arising from too stable discretization