Yesterday, my teacher taught us about the Haar transform (for pictures). We had to implement it in Python and when I finished I was wondering: what was the point? I can't explain the purpose of what I'm studying: what a shame !

Can someone explain me what is the main purpose of this algorithm for images ?

I would like to tell myself that I can explain everything I study to a random person.

I fully agree with your option: I consider that "to learn about something, you should teach it first". The Haar transform is important at several levels, here are a few ones:

On only one level, the result looks as below 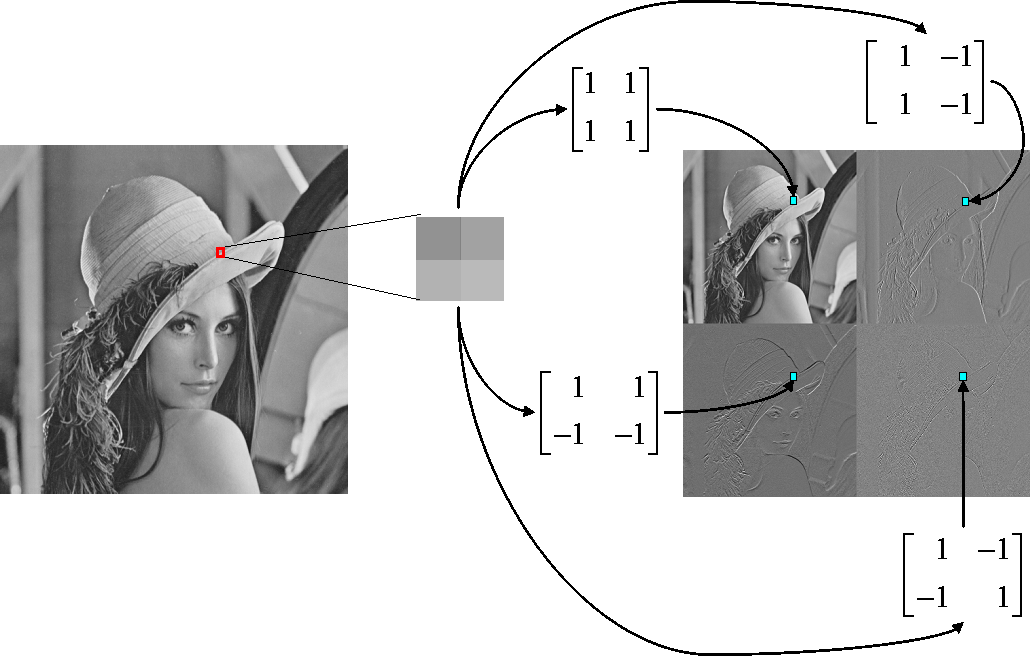 The original image is reversibly cast to a lower resolution version, and three panels exhibiting singularities. They are quite grayish, showing that locally, pixels don't vary that much, except around edges. And you can iterate this again and again.

For locally smooth images with edges, (opinion) it is the most natural idea to represent, detect and compress information at different levels, with very low cost.