Imagine I have a 1 kHz sine wave with very low noise. (Assume a signal generator output with 1v peak to peak clean signal). I am using an ADC to sample this signal. Take the following cases:

And I take the resulting output and FFT using 1024 window size.

My mental model is such that

Could you please help me verify? Also how does the period of the signal vs ADC sampling duration comes in to play? What is the theory behind it?

I think that what you are hinting at is the concept of resolution of the Discrete Fourier Transform. This will determine how much SNR will drop in-band.

The standard DFT will break some $x[n]$ down to a complex sum of sinusoids. But if you notice, the variable changes from $n$ to $k$, with $k$ being the index to $X$. As an index, it cannot be a Real number. It has to be an integer. You probably have heard $k$ being referred to as the "bin".

Again, if you notice that formula, knowing that $k,n \in \mathbb{Z}$, you will see that $x[n]$ is broken down to a set of sinusoids whose (physical) frequencies depend on $N$.

The mapping between physical frequencies and "bins" is straightforward: $f_k = k \cdot \frac{Fs}{N}$

BUT, in reality, this is like setting up a filter bank of band pass filters (or, resonators) every $\frac{Fs}{N}$ Hz. The "bin" resonator will peak at the centre and fall off gradually around it. Consequently, how much noise will be in-band to the resonator, depends on its "width".

Will have a fantastic snr a well defined peak at 1KHz.

Same as 1. The snr will not reduce substantially.

If the SNR was the same as #1 then reducing your integration time they will scale proportionally (remember that power is energy over time).

No peak can be observed since the signal didn’t even cycle one round in time domain, even though the sampling rate is well above the required minimum resolution. (Nyquist)

... If you do observe only a fraction of a period of a given signal. In this case a sine. Does it still show up in fft ? 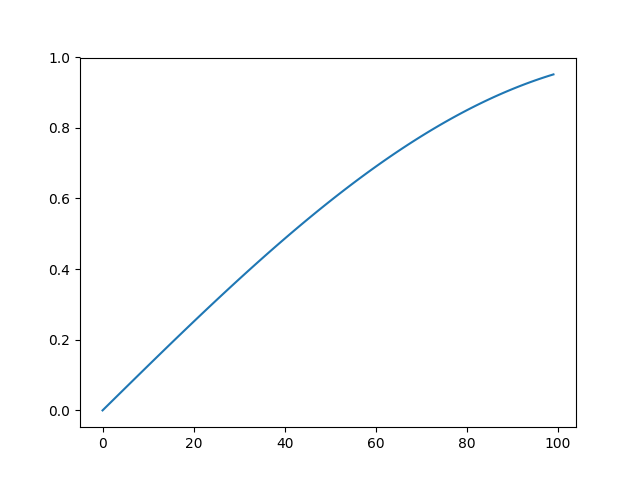 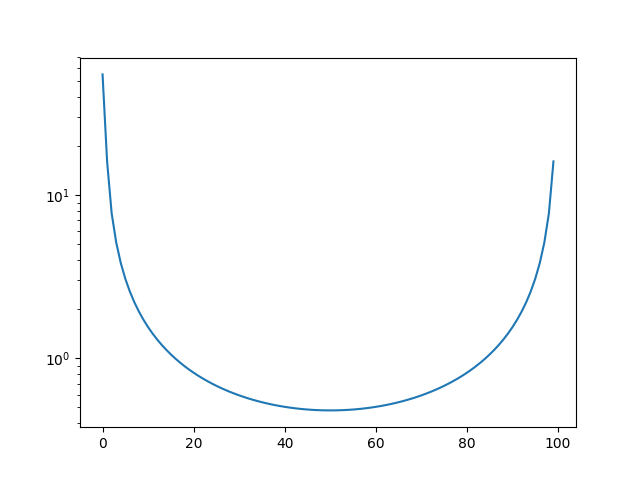 "You guys are missing the real question. If you do observe only a fraction of a period of a given signal. In this case a sine. Does it still show up in fft ? "

I'm going to assume you used a 1000 point DFT instead of 1024 to avoid a little muddling that occurs. In your first two cases, there are a whole number of cycles within your DFT frame (or really close) so the signal is centered on a bin and there is no leakage (minimal leakage with 1024). Had you had 1.1 cycles in your frame, there would have been some leakage around the 1 bin. In your example 3, you have 0.1 cycles per frame, so most of your value is going to be in the 0 bin (DC bin) with leakage into the other bins. In your example 4, you only have .005 cycles so your signal will show up in the DC bin with hardly any leakage. Since you used a sine wave instead of a cosine wave it will be very close to zero as well.

P.S. I don't like the term "leakage", but that is what is used and understood.

Not the answer you're looking for? Browse other questions tagged fft nyquist analog-to-digital or ask your own question.