Is the following signal periodic?

where rect is the rectangular signal

Now let's see what happens with $x_2(t)$. Each term of the summation is a rectangular pulse of width $10$ centered at $t=-2\kappa$. As the magnitude of the shift factor (in this case, $2$) is less than the width, some pulses will overlap with others when performing the sum.

In fact, for almost every $t$, there will be exactly five rectangular pulses adding up. I say "almost" because there are special cases. When $t\in\mathbb{Z}$ and is odd, there will be only four pulses adding there, but there will also be two "half-pulses" corresponding to the value the $\mathrm{rect}()$ function takes at the discontinuity (every pulse will be discontinuos at two odd integers only), which is $0.5$. Because the values of $\kappa$ extend all over the natural numbers, it is valid to redefine $x_2(t)$ so that:

You can try that using Octave. I ran this script:

The values kMin and kMax are the limit values $\kappa$ takes. Ideally, they should be infinite, but that's obviously not possible on a computer. shiftFactor is the constant that multiplies $\kappa$ in the summation. You can play a little bit with that number to see how the signal changes. I hardcoded the width of the pulses ($10$). I used the convention that the pulse equals $0.5$ in the discontinuity. If you plot the result, you get something like this: 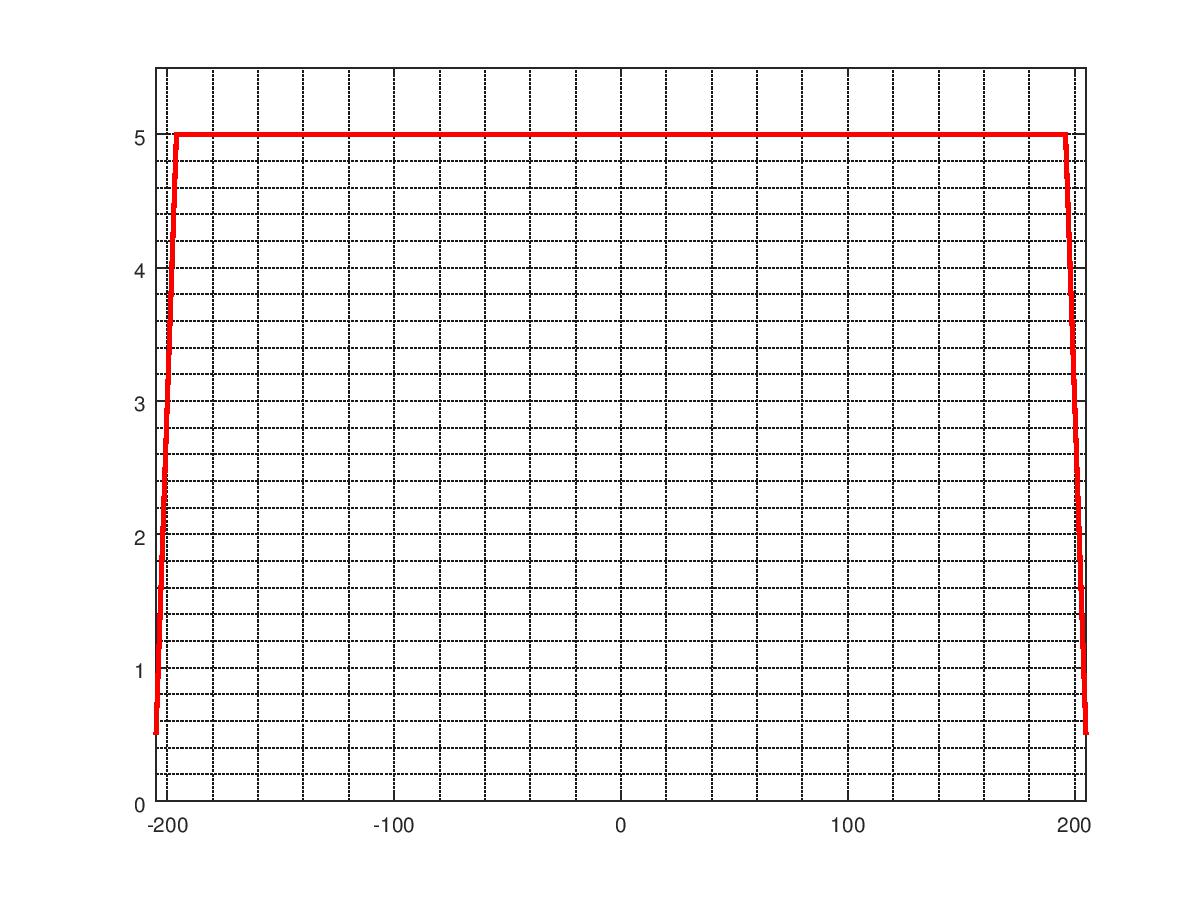 Note that the ramps appearing by the sides do not happen in the infinite case. They show up here because the pulses that should be adding up for those values of $t$ were cut off when letting $\kappa$ take values between $500$ and $-500$ only.

So $x(t)$ is basically a cosine with an offset. Therefore, the sum of the functions we defined at the beginning is periodic. Even more, the period of $x(t)$ is the same as that of $x_1(t)$. Ergo,