The following text is cited from a textbook, "Spotlight Mode Synthetic Aperture Radar: A Signal Processing Approach", I would like to ask if anyone knows the proof to the following statements, as the proof is not outlined in the book, and I am unable to prove it myself.

The function $f(t)$ is represents a pulse envelope waveform. 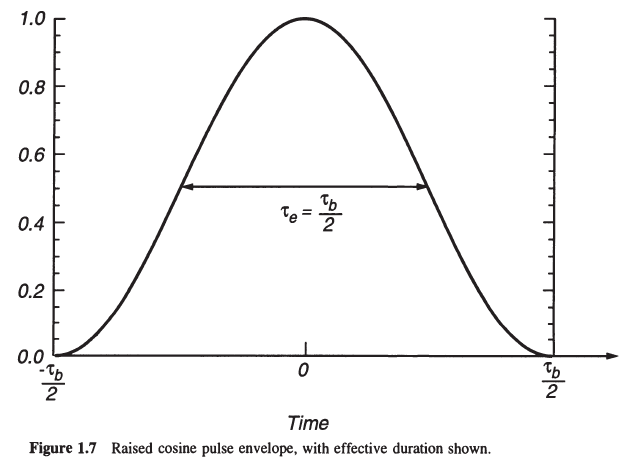 The effective duration of a pulse envelope waveform is given as:

A corresponding measure of effective bandwidth of the pulse envelope waveform is given by:

From the defining equation for the Fourier transform, the above measures can be shown to have a product which is constant.

I have read elsewhere that the above is the time-bandwidth product. I have no idea what that means or what the physical significance of it is. Can anyone shed light on how the last statement can actually be proven? Thank you!

Now for the proof, which is straightforward. Take the definition of the Fourier transform and its inverse:

from which we get

For information on more general definitions of duration/bandwidth and on the uncertainty principle take a look at this answer.

Not the answer you're looking for? Browse other questions tagged fourier-transform bandwidth radar or ask your own question.

16
When can we write Heisenberg uncertainty Principle as a equality?

8
How are time resolution and signal bandwidth related?
7
What is the bandwidth of product of two signals?
0
Time-bandwidth product and uncertainty on harmonics
0
Confusion in CT Fourier Transform Proof
2
Is there a proof that equal bandwidths have equal information-carrying capacity?
9
What is a $BT$ (Bandwidth-Time) product with reference to modulation?
4
Why do we have to rearrange a vector and shift the zero point to the first index, in preparation for an FFT?
2
Consideration about the choice of the radar operating bandwidth