Neither analog, nor digital filters can have infintely sharp (ideal) frequency responses. Those ideal waveforms can only be defined in mathematical terms and no exact physical counterpart is possible. However sufficient approximations will be realized.

Most typically the reason is that the ideal waveforms would require an infinetely long signal interval which is practically not possible.

An infinetely sharp transition band ideal lowpass filter will have an impulse response whose duration extends from $-\infty$ to $+\infty$ ;i.e, before the universe! physically existed and after it will possibly collapse(?) back... hence it cannot be physically realized. 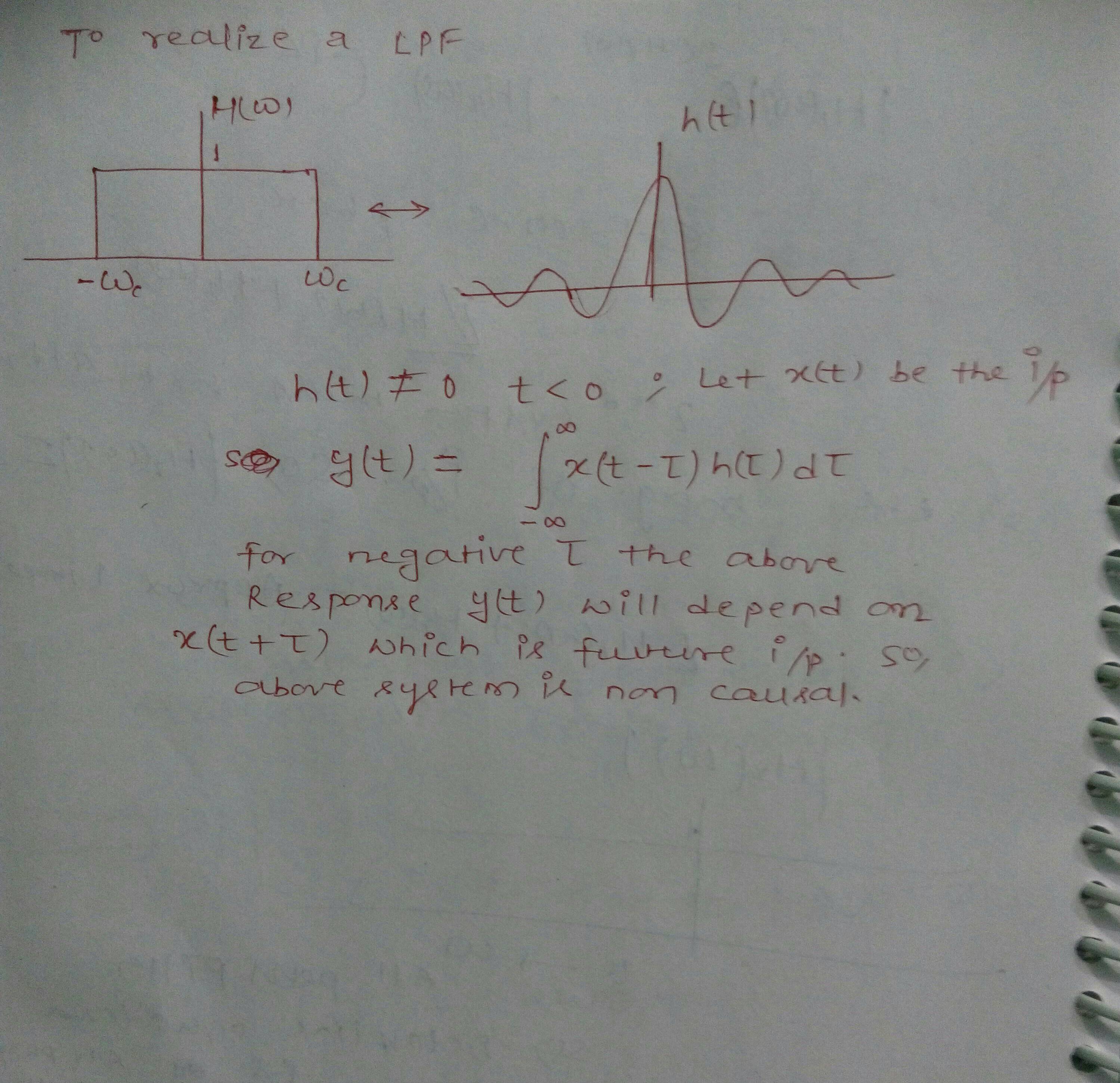 0
What is the highest relevant stopband attenuation for a 1-D digital filter?
1
Signals and systems : why do we study causal signals?
1
Is the following system stable and causal?
0
Why the frequency response plots (of causal filters) only show positive frequency?
1
Why shouldn't the magnitude of a practically realizable frequency selective filter be constant for a range of frequencies?
0
Relationship between real and imaginary part of a real-valued and causal system
4
Why can't realisable IIR filters have linear phase?
3
Advice on designing a digital filter that doesn't have phase-sensitive edge artifacts?