How to transform a Fractional Order Laplace Transfer Function into a digital filter?

I'm working with loudspeaker impedance analysis. Electrical behavior of loudspeakers can be modeled with RLC networks. But real loudspeakers have components, that exhibit some non-linear and frequency dependent behaviors, that make them difficult to model with simple LTI systems.

One of the problems with loudspeakers is, the voice coil inductance decreases with frequency. (ignoring low frequency behavior, for this question, and focusing on higher freq's). Understanding impedance Z(s) as a Laplace Transfer Function between current and voltage signals, V(s) = Z(s) * I(s). Speaker impedance does not follow the simple formula of a RL series circuit, Z(s) = Re + (L * s). Neither behaves like a plain resistance Z(s) = Re .

in practice this number called a is around 0.7 (depending on spkr). This phenomenon occurs because frequency dependency of magnetic permeability of the iron core. 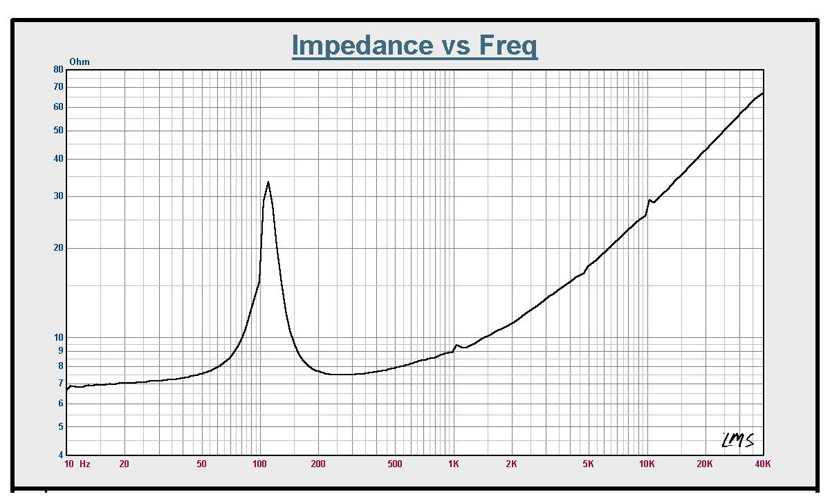 See at 5KHz, impedance is 17 Ohms. At twice this frequency, 10KHz. With a simple inductance, a doubled impedance would be expected, 34 Ohms. But that does not occur. Impedance is increased but not doubled. It is around 27 Ohms. Which is a smaller value than expected with a plain inductance.

Now, what I want to do is to transform the Laplace TF Z = Re + L * (s^0.7), to a discrete-time, Z-transform TF, and then to a IIR digital filter. That would allow to see and analyze the current waveform, from a given voltage signal. Voltage signal is a music MP3 file. Because audio amps outputs are voltage controlled.

With integer exponents in the Laplace TF, is very easy to transform with the Match-Z or Tustin methods. But I have no clue how to do it with fractional exponents. Suppose I want to do Match-Z, how I find the roots? Suppose Tustin Method, replacing s with ((z-1)/(z+1)), How can I raise the ((z-1)/(z+1)) term to a 0.7 exponent???

I know this is a bit hard. Thanks in advance.

Browse other questions tagged infinite-impulse-response z-transform laplace-transform or ask your own question.

3
Find output of digital filter given input and transfer function?
0
Learning about inverse-z-transform and how to apply it to a rational transfer function
1
How can I plot a 3D graph of a given Laplace Transform of a function?
0
How to compute the Laplace transform of a discrete signal?
0
Digital filter design of time series for specified frequency response function
0
Step response of third-order continuous-time transfer function
1
How to compute Laplace Transform in Python?
0
How to solve this Laplace integral for an averaging function in an iterative numerical (finite difference) model?