Given some recording (containing both the signal of interest and some Gaussian noise), can we improve our template (or model) of the signal using the analytic signal of the recording? 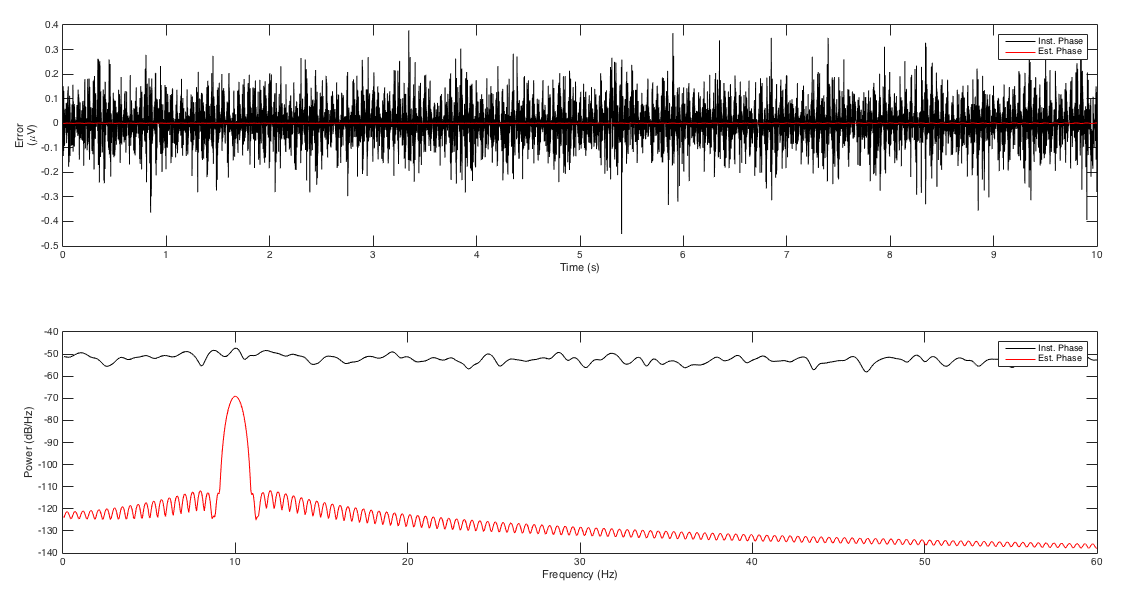 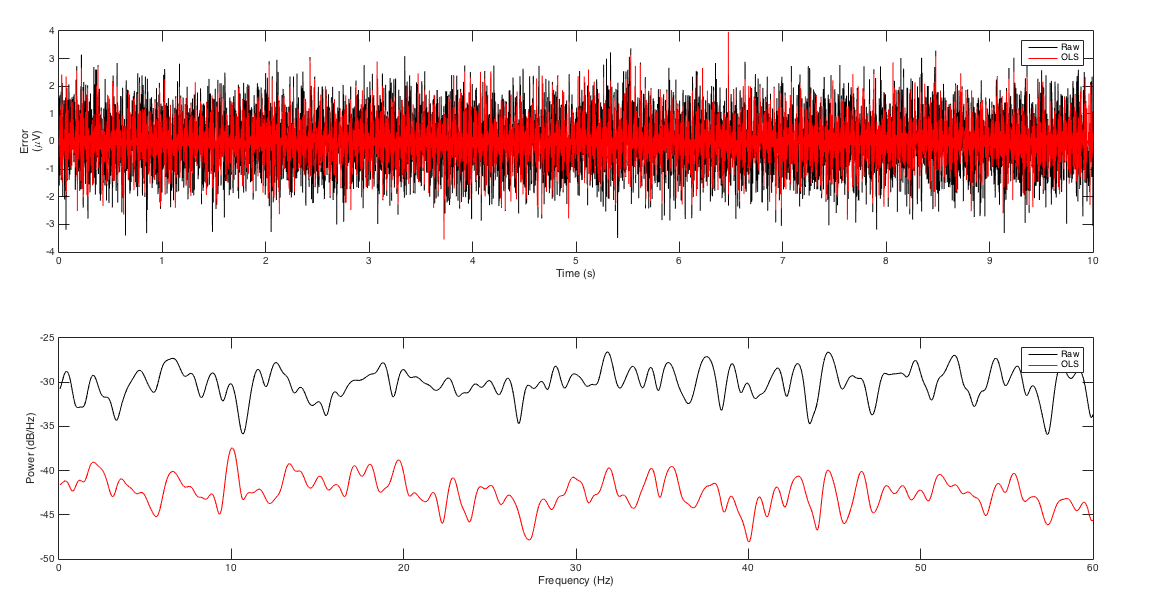 Is there a way to better approximate the true signal (e.g., by low-pass filtering the instantaneous amplitude)?

Since I don't really know what you're using software-wise, I just whipped up a really short demo in GNU Radio Companion. This uses a PLL in a live processing demo: 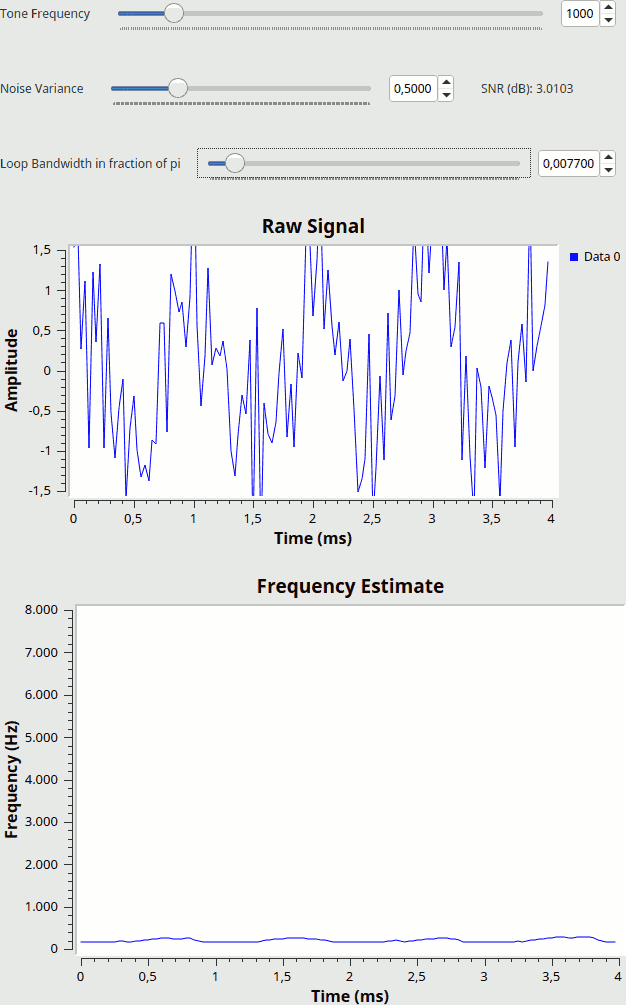 If you're inclined to play around with it, here is the flow graph ready to be run if you've got a running installation of GNU Radio. The flow graph looks like this:

The left part up to the conversion to complex (which actually is a bit superfluous) is just the generation of a noise cosine.

The "PLL Freq Det" Block does pretty much what you describe: it compares the phase of the signal it observes with an internally generated oscillator, and generates a "phase signal" that is used to tell the internal frequency reference "how fast" it should oscillate. That signal is just a phase difference to be compensated, and needs to be internally filtered (the loop filter does that) before being applied to the internal oscillator.

At the same time, that signal is actually also a phase per sample - i.e., a frequency. So, you get a frequency estimate out of this.

Now, this is really practical for things like radio receivers that need to update their estimate of the received signal's frequency while operating, but in your case, you can do all this much more accurate, since you can actually work on the full signal.

A very popular (albeit, seldom optimal) estimator for the spectrum of a signal (and you're looking for which frequencies are making up your signal, so that's a question about the spectrum of your signal) is in fact the (magnitude of the) discrete fourier transform (DFT), often implemented by an FFT.

If you, for example, have your data in a Python program as vector signal, the following (untested) code should do interesting things to your signal:

This should give you a plot of power over frequency. Your noise will probably be relatively white, i.e. it will not have a lot of concentration in frequency domain. The sine, on the other hand, is very periodic and thus has all its energy at one frequency.

Other, "cooler", methods can give you a spectrum estimate that you can evaluate at arbitrary frequencies (such as MUSIC¹), or directly an estimate for the "strongest" frequency (or the strongest N frequencies) (such as ESPRIT¹). However, using these often requires a few strong assumptions, so I won't go deeply into that: If you want to know more about parametric estimators for fundamental frequencies, feel encouraged to research and ask a new question – there's folks on here way more experienced with such estimation tasks than I am.

Not the answer you're looking for? Browse other questions tagged phase amplitude analytic-signal or ask your own question.

5
What is the right way to extract particular frequency phase information from FFT?
2
Hilbert transform with a sliding window
3
Discrepancies between FFT-based Hilbert Transform and FIR filter results
2
About phase unwrapping
2
Amplitude estimation of sinusoid in known spiky spectral noise
1
Terminology for instantaneous phase of magnitude component of complex signal