I am doing some system identification using different signals such as single tone, multi tone, chirp and so on. These days I was trying to get an FFT of a chirp signal and I found a nice code here on Stack Exchange. I am pretty satisfied with the results except that I would like the resolution to be better between f0 and f1, the initial and end frequency. I have tried different methods of interpolating the FFT results, interpolating the magnitude (which is fine more or less but doesn't give me anything on the phase).

To give you a better idea of what I'm talking about, please take a look at the plot. 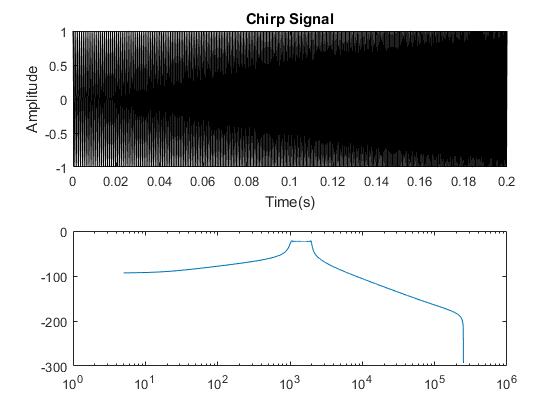 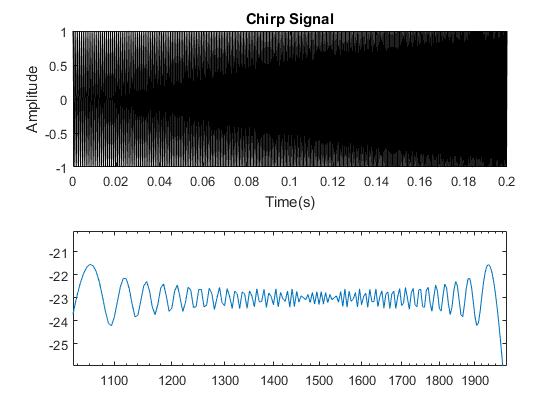 Would you know a way to get a better resolution?

Zero-padding before the FFT (which is equivalent to Sinc interpolation after the FFT) will give you a higher resolution plot. Symmetric zero-padding (centered or both edges) will give you similar FFT phase results to the original FFT.

Not the answer you're looking for? Browse other questions tagged fft chirp or ask your own question.

0
FFT - Effects of Windowing,Improvisation approaches on RealTime FFT Hardware
4
Comb-like peaks in frequency spectrum
5
How to improve an FFT AM demodulator for NOAA APT satellite imagery?
0
How to smooth (or interpolate) phase of FFT and reduce data points
1
Why MATLAB fft cos makes imaginary parts?
0
Linear Chirp parameters from a segment of the signal
0
number of samples and Amplitude accuracy,what's the solution to this problem
3
DFT for signals of different length and sampling rate