Relate the transfer function to its' corresponding step response. 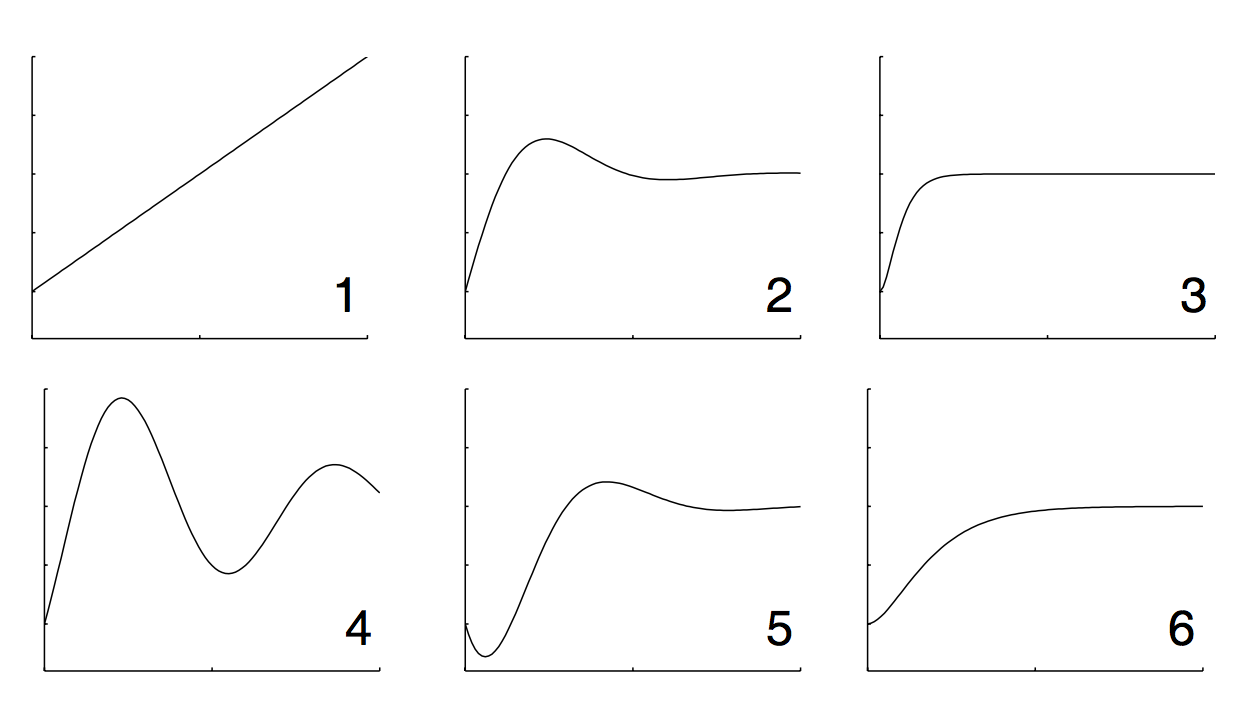 First, I tried setting up the poles and zeros of the transfer functions. This helped a bit since I know that $G_A (s)$, $G_B(s)$ and $G_C (s)$ should all have oscillatory step responses (because of conjugate poles). The problem arose when trying to determine the differences between $G_A (s)$ and $G_B (s)$, and we thought that there has to be a better way of understanding this. Working with poles and zeros, we didn't really understand what we were doing.

Maybe I should go back to using the poles and zeros, any tips would be greatly appreciated.

In the given example you have 3 types of systems:

But we have more cues. Clearly, system C has less damping than systems A and B, which have the same damping. Smaller damping corresponds to more oscillation (i.e. higher overshoot and undershoot). So we can conclude that system C corresponds to figure 4. The difference between systems A and B can be seen by using the Initial Value Theorem:

For system A we get

whereas for system B we have

These are the values of the impulse responses, i.e., the derivatives of the step response. We see that the step response in figure 5 has a negative derivative at $t=0^+$, from which we can conclude that it corresponds to system B. Then we're left with figure 2 for system A.

Not the answer you're looking for? Browse other questions tagged homework transfer-function laplace-transform step-response or ask your own question.

0
How to determine the poles from a graph