Is there a means to identify/separate multiple out of phase copies of the same frequency?

I tried using FFT but it doesn't seem to have a notion of phase. I searched the internet a bit for FFT and phase but can't find any way to use FFT to extract multiple instances of a frequency separated only by phase.

I think in order to use FFT in the traditional sense, I would need to have an extreme number of bins (1000*sample_rate?).

I built a gnuradio flow graph to experiment with the concept. 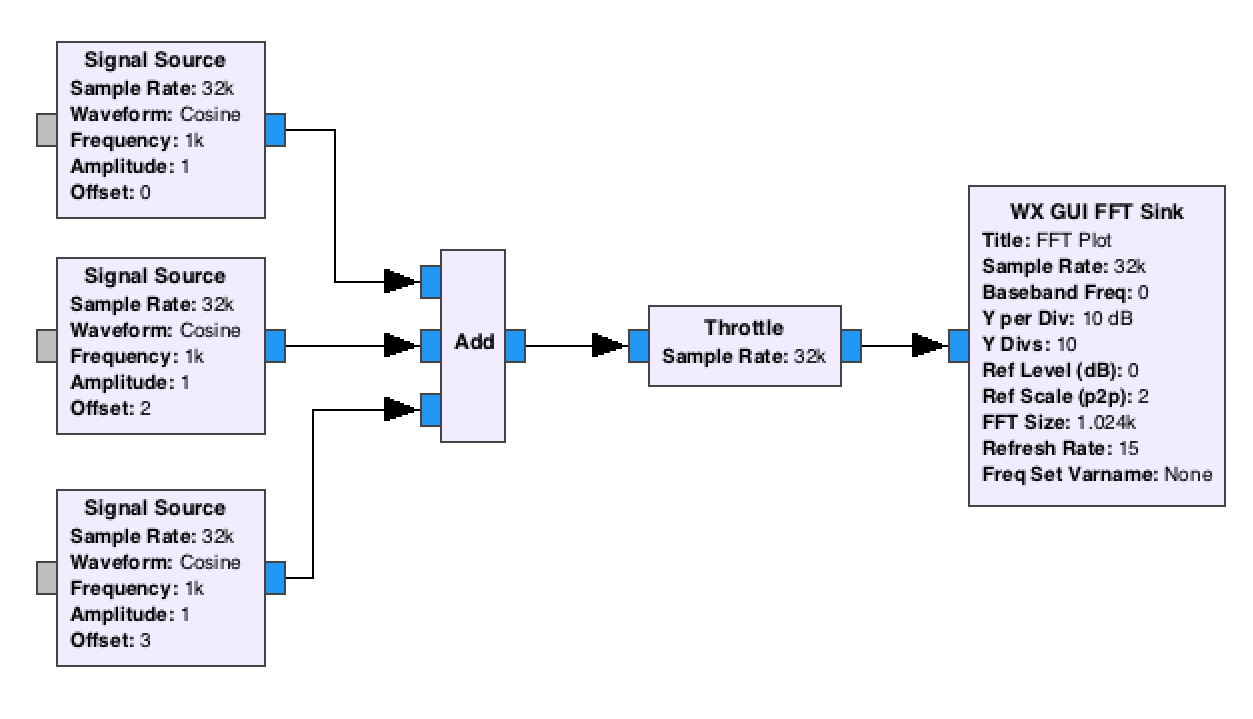 The resulting FFT shows peaks at 0kHz and 1kHz. I can't think of a way to extract the original three signals out of the original.

My use case deals with input signals that differ in frequency by as little as 0.001Hz. Detecting the presence of the component signals and identifying their precise frequency is what I need to do. Their frequencies vary ever so slightly over time. 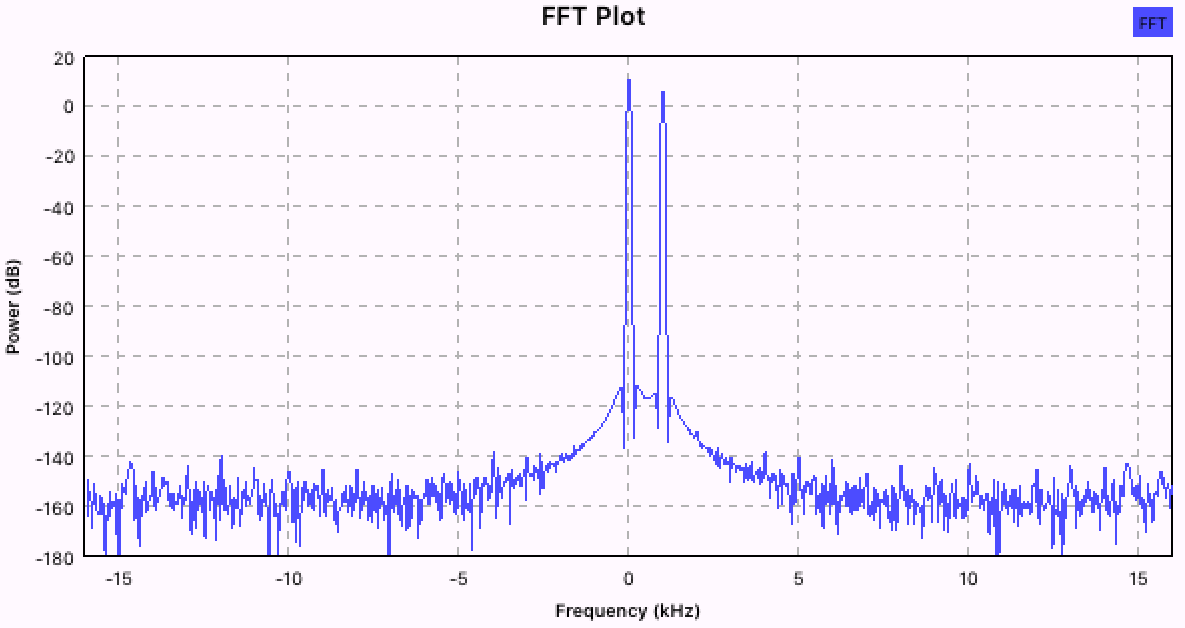 Note that, if you measure the amplitude and phase of this signal, you can find plausible candidates for $\alpha$ and $\beta$, but in general there will be multiple possible solutions. Note that the signal could also be zero! As you increase the number of original cosines at $f=f_0$, the ambiguity will also increase.

Not the answer you're looking for? Browse other questions tagged fft phase or ask your own question.

7
Confirmation on how to calculate phase differences at every frequency point between two wideband signals?
1
Algorithm to find spike
1
Find a sinusoidal fit from data with fft
5
What is the right way to extract particular frequency phase information from FFT?
0
Why does this reconstruction produce a phase shift from the original signal?
4
Evaluation of phase difference between two acquired signals (expected to be sine waves) with the same frequency
1
Interpolation of estimated frequency between fft bins: what about phase?
1
Is the FFT magnitudes of multiple audio sources additive?
2
Inaccurate phase returned by np.angle