How to extract single side of signal spectrum in SIMULINK

Signal spectrum have two side, positive and negative. I want to make these separate in two signal, by MATALB SIMULINK. But how? I can't find it's block on DSP or communication toolbox. I found a block that interactively generate filter, but this filters response is conjugate symmetric and that's not my desire. As replica of Fat32 : Hilbert approach not worked?!! 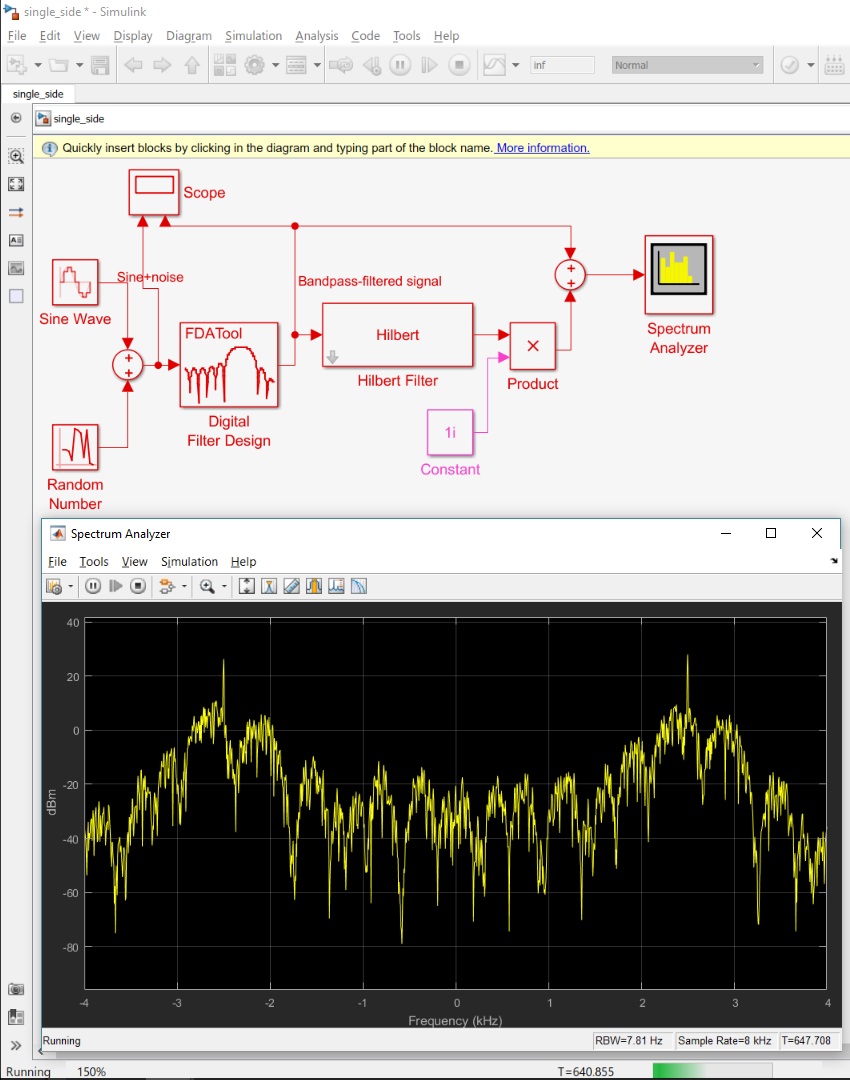 If you do not have a single side band separation block-diagram in Simulink, then you would try the following algorithm to separate the upper sideband from the lower sideband given that you have a block called Hilbert transformer.

Given that your original real valued baseband input signal is $x[n]$, then the following signal is called as the analytic signal:

Not the answer you're looking for? Browse other questions tagged matlab complex or ask your own question.

0
Frequency array feed real values FFT
0
Decimation of signal. How to plot frequency spectrum
1
applying single pole filter to simple signal
0
MATLAB appears to be applying my filter to the spectrum twice, once on each side
0
Frequency spectrum of complex equivalent Baseband Signal - Frequency Content around carrier frequency
2
How to Extract a Period of a Periodic Pulsed Signal?
0
How to model state space for complex valued system correctly in SIMULINK (MATLAB)?
0
Why complex signal has no imaginary spectrum
2
How would one design a (quasi) linear phase adaptive notch filter for a single complex tone?