As I understand the JPEG algorithm, it smooths (ignores) gradual variations in colour and brightness in favour of high frequencies. This loss of information is what creates the characteristic high level of compression relative to lossless algorithms.

So the grey square would result in a small JPEG file, whilst the grids should generate larger files:- 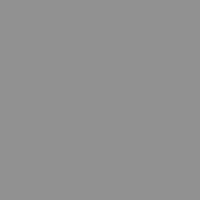 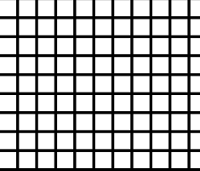 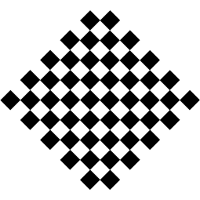 Clearly such grids /patterns could be of any pitch right up to single pixels. I'm stipulating that all the images are grey scale types. Is there some way to determine the type of pattern to maximise the size of a JPEG file, or must this be done experimentally?

Pursuing on @OlliNiemitalo, JPEG allows some loss related to frequency quantization. So any file can be compressed to any size, hence you cannot maximize a JPEG size without setting some constraints, like quality. Let us assume a standard metric, like mean-squared error.

Now, let us check some of the JPEG features for image sparsification, and let us try to go the opposite direction:

One cannot easily fulfill all these properties together, especially with RGB planes made of 8-bit integers. Forgetting about the average-thing, generating independent RGB images, with each pixel randomly $0$ or $255$ (ie high range). Quantization is likely to produced here a lot of false colors. This could give you very bad images for the JPEG in MSE. However, original and compressed ones could look as ugly.

You can find other fractal-based or fancy-patterned proposal in What is the least JPG-compressible pattern? (camera shooting piece of cloth, scale/angle/lighting may vary)

However, the way you ask this question is not the most proper approach given the theoretical concepts behind the JPEG image compression algorithms. If you look at a generic JPEG encoder, you would see that there are a number of blocks such as the DCT, Quantizer and VLC Huffman encoder.

I won't go into the details of the theoretical analysis of those blocks and the mechanism of how the associated compression is physically achieved. However I will describe the charactheristic of the shape which would produce more bits than others under a given encoder:

The shape which would result in the largest JPEG encoded bitstream is the one, which, after its DCT is taken, produces least number of consequitive zeros and largest amplitude coefficients after the DCT coefficients are quantized by a selected weighting matrix.

Its orientation could also matter because of the zig-zag scannig pattern of eth DCT coefficients. But its hard to be sure without further analysis.

Consequently a white noise image with high dynamic range would produce quite large file size as its DCT would be ineffecitve to reduce its frequency content to low frequency coefficients.

49
What is the least JPG-compressible pattern? (camera shooting piece of cloth, scale/angle/lighting may vary)