I'm attempting to better understand the relationship between step responses, impulse responses, and convolutions. Say that I have a system where if I apply a constant input, my output decays from a certain value to an equilibrium value. This gives me the step response of a system that I believe to be LTI based on the system's differential equation.

My specific step response is fairly complex and I went more in-depth into this specific system in another post, but a simpler version that still captures my issue could be given as: 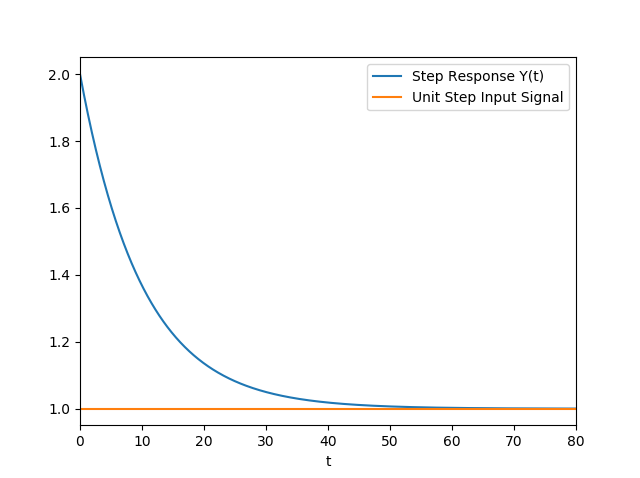 In an LTI System, it's my understanding that the derivative of the step response yields the impulse response, which can then be used to obtain the output of the system for any arbitrary input through convolution. 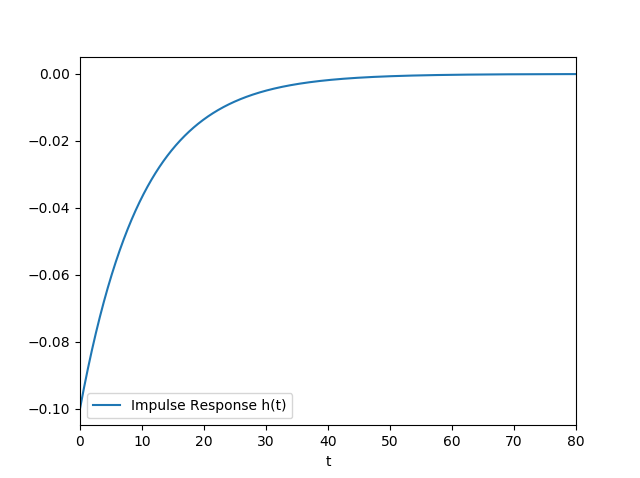 So now, if I have this impulse response, which is negative, and I attempt to convolve this with a unit step function to recover my original Y(t), I get something that is both the wrong shape and the wrong sign. Can anyone help point out my mistake?

You're forgetting the discontinuity at $t=0$. Your step response is actually

where $u(t)$ is the unit step function. Differentiating $(1)$ gives

where $\delta(t)$ is the Dirac delta impulse. Convolving $(2)$ with a unit step gives the original step response:

Not the answer you're looking for? Browse other questions tagged signal-analysis convolution linear-systems impulse-response control-systems or ask your own question.

0
impulse response of a system from its step response;confusion