Difference between Fine and Coarse Frequency Offset in OFDM

I need to explain for a project the difference between Fine and Coarse Frequency Offset in OFDM signals. I know what the frequency offset is and what it does to the carrier frequencies but I cannot understand where the terms "coarse" and "fine" refer to. Those terms are also used in GNU Radio in the Schmidl and Cox sync block.

Most of Google results take the fine and coarse frequency offset as granted and there is no specific explanation.

Can someone explain this to me?

If in doubt, read the original Schmidl&Cox Paper Robust Frequency and Timing Synchronization for OFDM. It's actually a good read, and a good paper with respect to demonstration of state of the art, proposed algorithm, theory, and simulation. I highly recommend it.

Anyway, to understand this, you should consider OFDM as a multicarrier system. In fact, the DFT used in OFDM can be understood as Sinc filter bank: 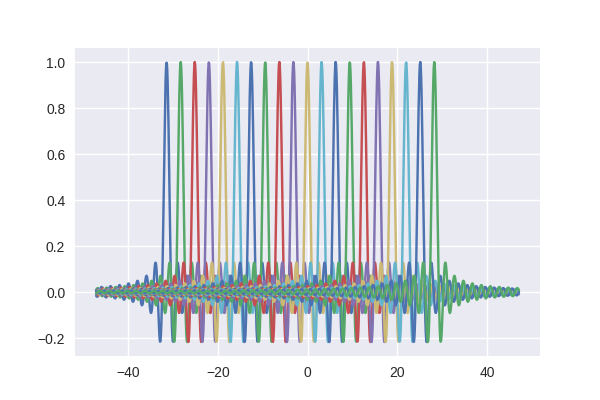 The spacing of the sincs is actually the OFDM bandwidth divided by the size of the DFT. Notice that the important property of the sincs is that they have a zero at every integer multiple of the subcarrier distance – so that one carrier doesn't interfere with the others.

Now, assume your signal only has a small offset, let's say ca ¼ of the subcarrier spacing: 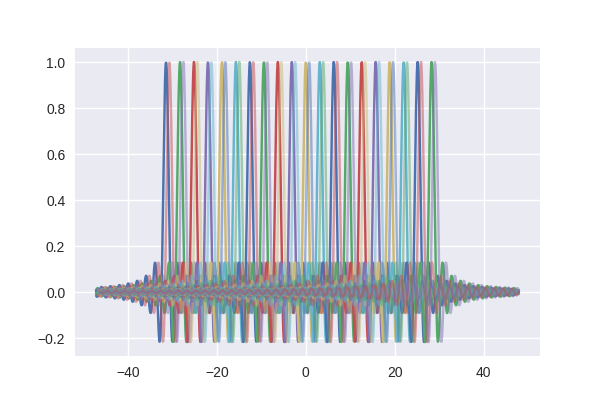 Then, Schmidl and Cox only has to find the offset so that the zeros of the received sincs align with the neighboring peaks of the "ideal" sinc-filterbank-shape. 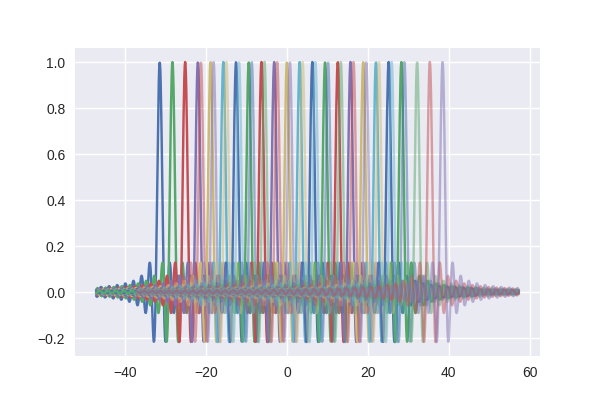 Then, the fine correction first aligns the receive signal so that the zeros/peaks match, but there's a remainder of full subcarrier multiple offset: 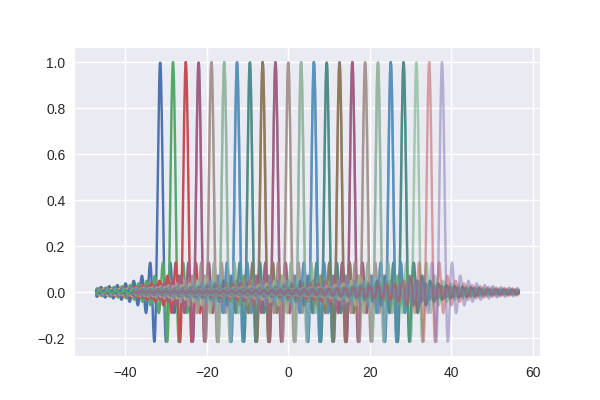 The job of the coarse frequency correction is to eliminate the remaining 3 subcarrier bandwidths of offset.

Not the answer you're looking for? Browse other questions tagged frequency-spectrum frequency ofdm or ask your own question.