I have a signal $x[n]$ and I filter the signal using an FIR bandpass filter to receive $y[n]$. (implementation in MATLAB using built-in function firpm). The filtered signal $y[n]$ is compensated for its delay of half the filter order.

The problem is that the filtered signal $y[n]$ has a major peak at the beginning that does not exist in the original signal.

The peak (or response) is shown in the second plot of the filtered signal between 0-0.5 seconds (Note that I only show the first few seconds of a several minute signal) 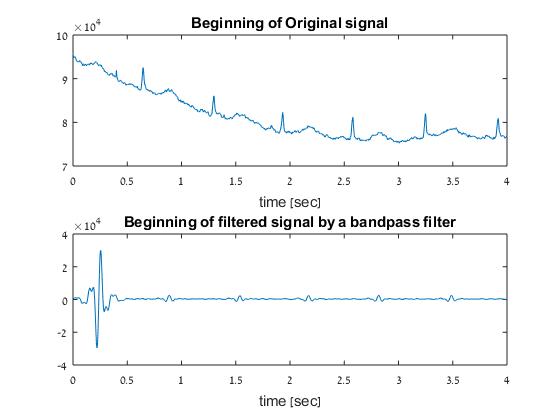 The signal is sampled at 250 samples/sec. The desired filter passes frequencies between 10-20 Hz. The code for the implementation of the filter:

It's the initial transient at the filter output due to the implied zeros of the input signal for $n$ less than $0$.

Let me simulate the effect here, since you do not post the actual data I will model it as close as necessary, with the following Matlab/Octave code:

As it can be seen below: 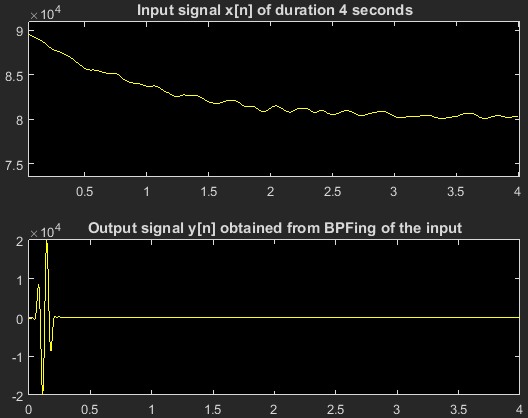 So the peak at the beginnig of the output is clearly observed.

It's intuitive to look at the bandpass filter's impulse response : 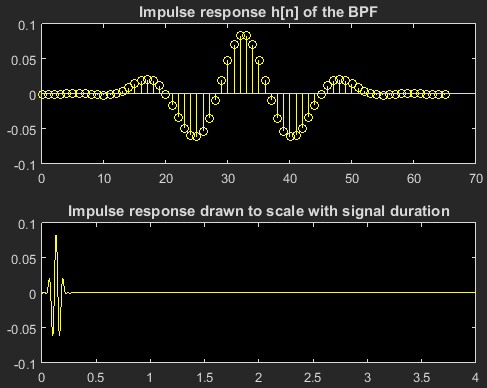 Looking at the BPF impulse response (especially the second subplot) reveals the fact that the transient is inline with the impulse response; their durations are the same and their shapes are very similar.

So we have the clue that the peaking at the begining is indeed the impulse response (a transformed version of it) at the output.

now in the sum it can be seen that signal values for $k < 0$ are implied to be zero. Lets show this effect on the flip and drag graphical evaluation below: 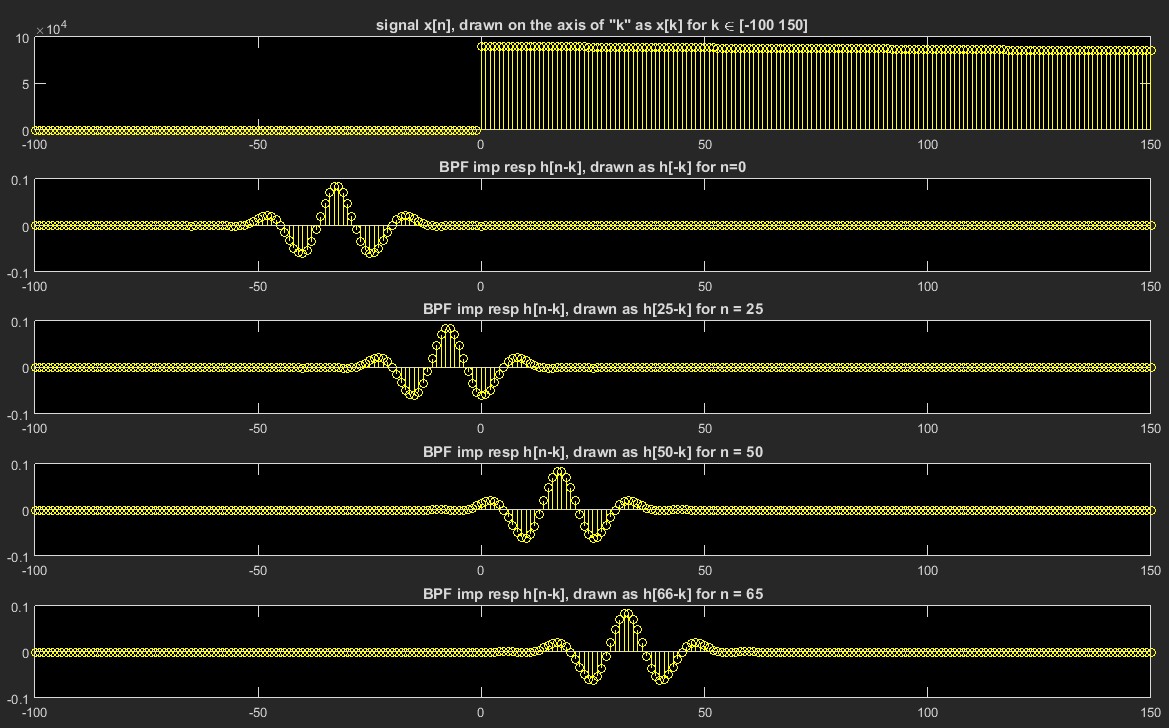 Not the answer you're looking for? Browse other questions tagged matlab finite-impulse-response or ask your own question.

3
Why Butterworth filter always starts my signal from from zero mark (amplitude)?

20
Where can I get an open source implementation of the Parks-McClellan optimal FIR filter design algorithm?
1
order of fir filter
3
How to understand the filter coefficients in FIR filter
0
Matlab applying an FIR filter to a signal, generated in Matlab
1
What is the peak resonance of convolving with a sine FIR filter?
0
How to reliably compute the group delay of a comb filter
0
Strange Response of a fir1 Filter in Matlab
0
FIR Filter design, using different filter length than signal length